Vijay Tomar, 27, whose twin was among the dead, said this should never have happened. “The villagers didn’t frequent the shop that sold the hooch, several had complained about it. But the administration and police did nothing. As a result my brother is now dead, leaving behind three children," he said. 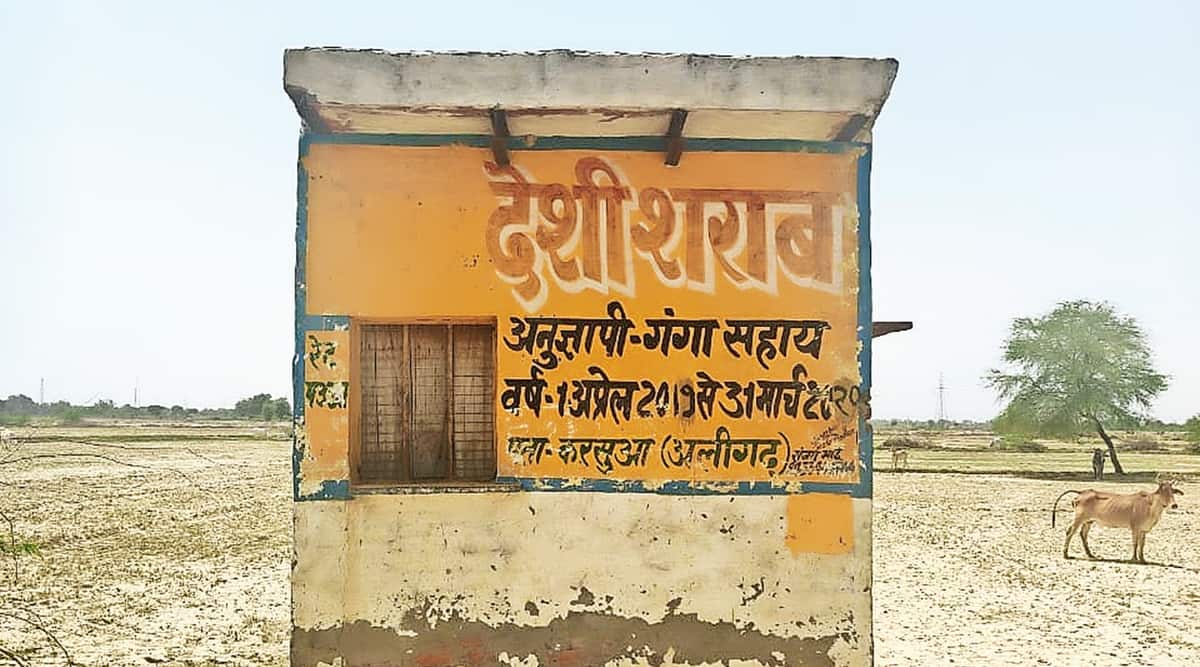 AN EERIE silence prevails in Karsua, the worst-hit village in Aligarh’s hooch tragedy that has left 10 dead here among a toll that rose to 36 by Monday and might go up further.

Vijay Tomar, 27, whose twin was among the dead, said this should never have happened. “The villagers didn’t frequent the shop that sold the hooch, several had complained about it. But the administration and police did nothing. As a result my brother is now dead, leaving behind three children,” he said.

While the shop’s licence expired in March last year as per records, an online complaint had been submitted against it in October. With liquor shops among those exempted in the recent relaxation of Covid curbs in Uttar Pradesh, it had just started operating again.

While 17 people have been arrested — including several with local political affiliations — 21 officials have been suspended over the deaths. Late Monday evening, Circle Officer, Gabhana, Karmaveer Singh was suspended and a clarification sought from CO, Khair, Shiv Pratap Singh within the next three days.

The arrest of one of the main accused, Vipin Yadav, led police on Sunday evening to a factory in Aligarh’s Panethi where the poisonous liquor was allegedly manufactured. “We recovered ethyl alcohol, wrappers and bottles… We have carried out more raids and are arresting people involved in the chain,” Kalanidhi Naithani, SSP, Aligarh, said.

Locals recall how over two nights people from the village were rushed to hospitals one after the other. Tomar says his brother Ajay first complained of uneasiness and blurry vision on Thursday night, hours after he had consumed the countrymade liquor sold by the brand name ‘Good Evening’. They rushed him to a government hospital, which referred them to JNM Medical College. But he never recovered.

The shop from where the hooch was allegedly sold is located just outside Karsua village, beside an Indane gas plant. ‘Good Evening’ sold for Rs 80 a quarter, say villagers.

In their complaint in October, the villagers had said the owner sold alcohol even to minors. A review was apparently to be done, but villagers allege no follow-up action was taken.

One of the main accused, Anil Chaudhary, a block development member, is said to have political affiliations, with wife Manju Chaudary winning the recent zila panchayat polls backed by the RLD. Another main accused, Rishi Sharma, has been a BJP member for the past few years.

“There are crores of BJP members… He does not hold any post in the organisation…” district BJP convenor Rishi Pal Singh said about Sharma.