Vanita Gupta shot into prominence when she won the release of 38 wrongly-accused African Americans in Tulia, Texas, while working with the National Association for the Advancement of Colored People’s Legal Defense and Education Fund in 2004. Her legal team found that the defendants had been framed and evidence tampered with by the predominantly white Tulia police.

Not only were all of the defendants pardoned in 2003 by then Texas governor Rick Perry, but Gupta also negotiated a $5 million settlement for the defendants for wrongful incarceration and other false indictments.

In 2004, she was the first winner of the India Abroad Publisher’s Special Award for Outstanding Achievement, the newspaper then owned and published by Rediff.com.

In April 2021, the United States Senate confirmed Vanita Gupta as America’s associate attorney general, making her the first person of color to occupy the third highest position at the US Department of Justice. 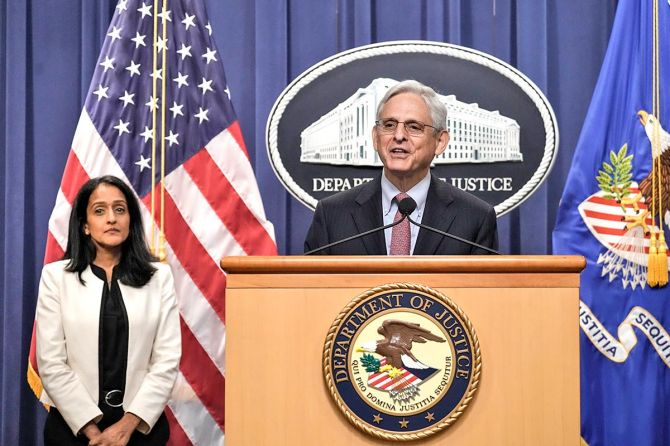