Naomi Osaka, who combined her prowess on court with raising awareness for racial injustice in this year's US Open, won her third Grand Slam title by beating Victoria Azarenka 1-6 6-3 6-3 in the final. 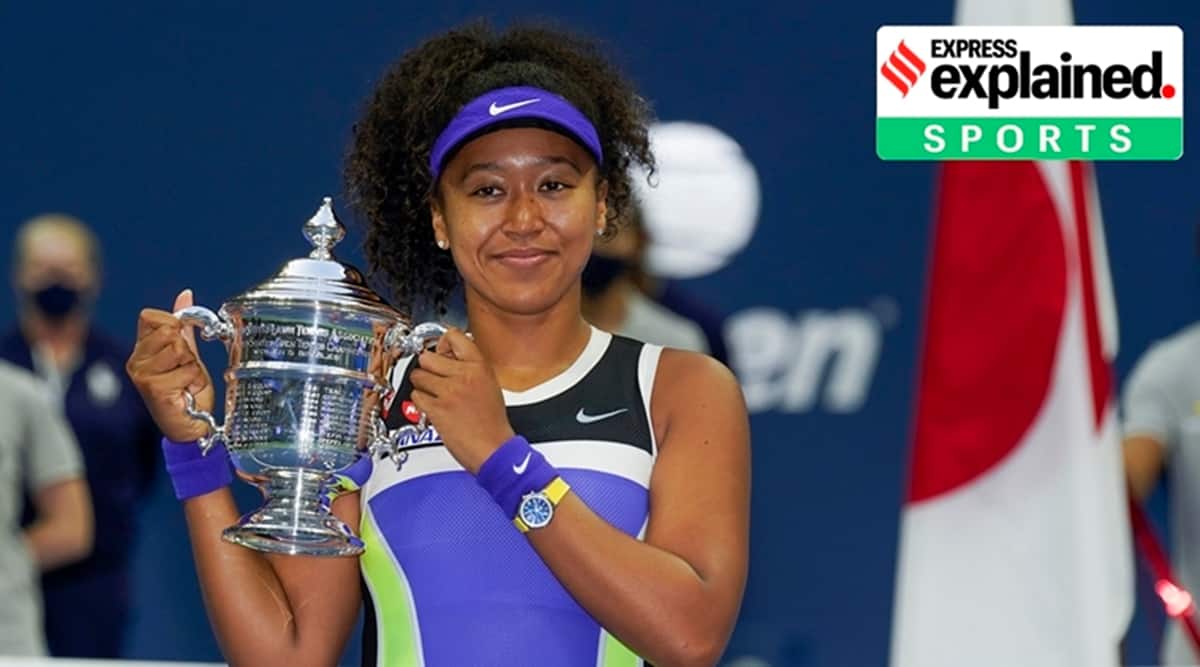 At a set and two games down, Naomi Osaka looked lost against a dazzling Victoria Azarenka who threatened to run away with the US Open women’s singles title. Some calibrations and momentum shifts later, the 22-year-old reversed the script and won 1-6, 6-3, 6-3 — becoming the fourth woman in the Open Era to win a Grand Slam final after losing the opening set 6-1 or 6-0.

Here are some key points.

Osaka began the match extremely flat — not even playing at “70 per cent” by her own assessment. But it was Azarenka who flattened her young opponent. In the 27-minute opening set, Azarenka missed one serve out of 17 — a first-serve rate of 94 per cent.

The second set was 78% — still above her tournament average of 72 — but Azarenka’s service dwindled slightly, and so did her chances. On average, the 31-year-old’s first serve isn’t the fastest at 156kph, and the second is 25kph slower. But she was hitting the corners and exploiting angles against a heavy-moving Osaka in the opening set.

As the accurate onslaught gave way to more service errors, Osaka hit back — winning 53% and 50% receiving points after 24% in the opening set. Osaka won 5/9, and 9/13 points on Azarenka’s second serve in the last two sets.

Another complete 180 from the first set. As Azarenka frittered, Osaka grew emboldened. After starting with a first-serve percentage of 64, two double faults and no aces, Osaka recorded 77% first serves, zero double faults and five aces — including a pair at 2-1 to hold from love-15 and consolidate the break.

Osaka serves big — 20kph faster than Azarenka — but on Saturday, she served big in big moments. And Azarenka, regarded as one of the best returners in the women’s field, felt the heat. The Belarusian won 14 of 25 receiving points in the opening set, then 8 of 22 in the second.

Osaka’s flashy backhand isn’t as effective as the booming forehand, and Azarenka targetted the weaker side, often cramping the Japanese in the first set. But as she bounced back, her backhand improved too.

While the stroke yielded two winners and five unforced errors in the first set, Osaka’s backhand went 3-2 in the second. As with the first serves, Osaka turned the tables in the backhand battle too.

Minute adjustments such as coming into the middle of the court and anticipating the range allowed her to attack the opponent’s backhand. Azarenka’s backhand went from 4 winners-1 unforced error in the opener to 3-6 in the second.

Much like after the first set, the match seemed to be a foregone conclusion after the second; only this time it looked to be going Osaka’s way.

In the third game of the decider, she broke Azarenka with a backhand winner at the end of a 16-stroke rally and consolidated with a hold from 0-40 to make it 4-1. And then Azarenka broke her the next time she served.

The tides could have turned a second time and Osaka could have capitulated. Instead, the 22-year-old retaliated instantly, got the match back on serve, and closed it out.

Both players were aiming for their third Grand Slam title. And while Azarenka — Osaka’s senior by nine years — is more experienced, her rival has more recent experience of winning the big ones. Osaka now has three Major titles in three years. Azarenka’s last triumph came at 2013 Australian Open.

Osaka has also been more efficient in deciding sets. While her overall third set win-loss record is 74-36, Osaka is 29-4 since winning her the 2018 US Open. In the same period, Azarenka’s record in deciders is 13-13, compared to 107-76 overall.

The scoreline and performance mirrored Azarenka’s 1-6, 6-3, 6-3 semifinal win over Serena Williams; a clash which saw the latter fade after a strong start. On Saturday. Azarenka seemed to run out of gas. During a changeover late in the third set, Azarenka stood and stretched.

“Had a little bit of an energy dip,” she explained later.