The Centre’s vaccination policy is a maze of confusion that could doom India’s future prospects. 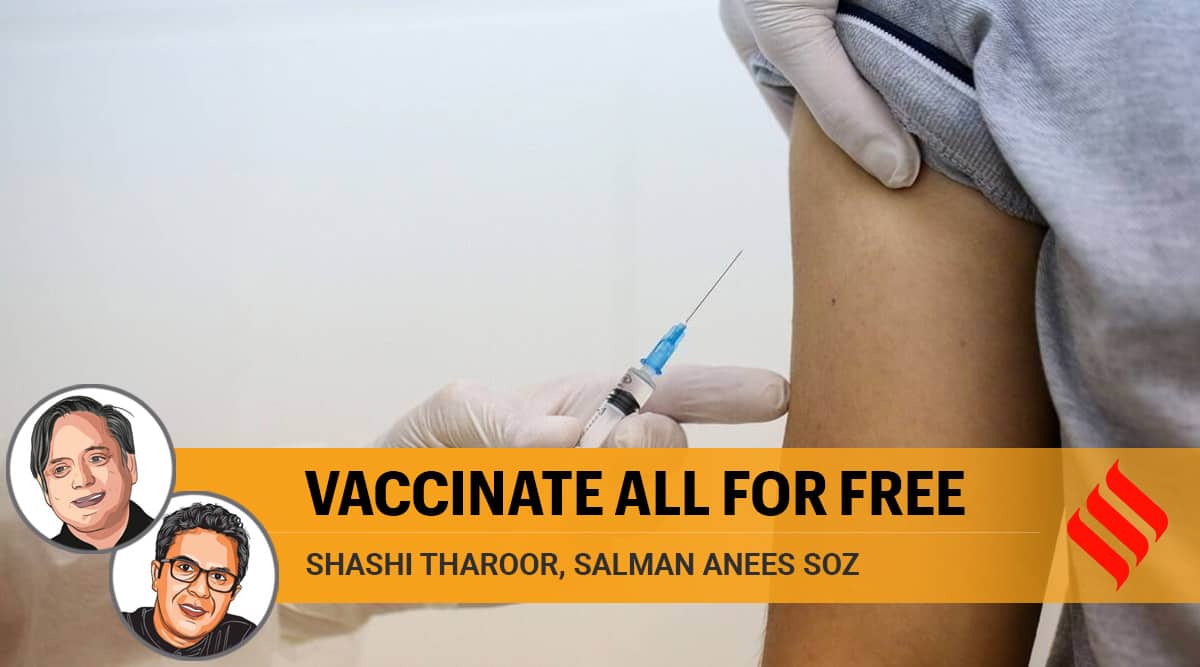 Covid-19 has unleashed a devastating second wave in India. The government has proven woefully unprepared for this crisis. We can blame hubris or incompetence or a combination thereof for India’s unfolding tragedy. However, it should now be everyone’s goal to shorten the duration of the broader crisis, which won’t remain restricted to this second wave. A humanitarian and economic catastrophe looms. With this in mind, we write to warn against the government’s recently announced vaccine policy. This policy is unconscionable and potentially disastrous. It will likely create confusion, limit vaccination coverage, breed inequality, and prolong the duration of the crisis. Better alternatives are available, which can help save both lives and livelihoods.

What should be the goals of a vaccination policy during a global pandemic? We believe a good policy will seek to achieve maximum coverage, as close to universalisation as possible and do so as quickly and cost effectively as possible. We should also account for the institutional capacity to implement such a policy. Given that the pandemic disproportionately impacts poor and low-income families, it is vitally important that the policy also be equitable.

Since there is broad consensus that vaccinations provide the safest path to herd immunity, their deployment offers a relatively quick exit from the crisis. That path also ensures a sustained revival of economic activity, which is the surest way to avert a humanitarian crisis in India. Even as we combat the second wave, it is important that we already begin to prepare for future waves. Vaccines have a major role in ensuring that.

Currently, over 1 billion doses have been administered across 172 countries. India accounts for 141 million of these doses. After a relatively quick rollout, vaccinations have stalled. Only 1.6 per cent of the population is fully vaccinated. The goal of vaccinating 300 million Indians by August appears daunting. At the current rate, it may take India two years to vaccinate 75 per cent of the population. The government’s vaccine policy could make things considerably worse.

We believe the government’s policy is fatally flawed on almost all counts. Creating multiple price points for different categories of vaccine buyers will breed confusion. This will likely slow down vaccine procurement, as multiple buyers negotiate with manufacturers about purchase quantities, delivery logistics, and payment plans. When so many buyers are in a queue to purchase vaccines, private manufacturers could be in a position to determine public health outcomes. That is untenable. This confusion will clog vaccine logistics, delay the vaccine programme, and prolong the Covid-19 crisis.

The government’s policy is also iniquitous. In most major countries, vaccines are being given free to all residents. In that most capitalist of nations, the United States, even billionaires are getting free vaccines. Not just that, undocumented workers are also part of the free vaccine programme. The easiest way to ensure maximum coverage is to offer vaccines for free to everyone. By creating a private market for vaccines, in a situation where supply is limited, the better-off sections of society will get to jump the queue. That is unconscionable and an insult to those Indians who are the biggest victims of this crisis.

The government’s centralising tendencies are obvious to most, despite all the talk of cooperative federalism. However, in the revised vaccine policy, those in power have suddenly developed a taste for decentralisation. As the staggering toll of the second wave becomes evident, the crisis is being palmed off to the states. This is cynical at best. The Centre has a big role to play in dealing with this pandemic because the virus respects no state (or national) boundaries. The Union government cannot shirk its responsibilities. As we explain below, the states too have a critical role, as does the private sector.

We propose that all vaccine procurement in India be done by the Union government. Identifying manufacturers, negotiating prices, scheduling deliveries, and executing payments should be handled by the central government. The Centre should also devise a transparent formula for distributing vaccines to individual states. All data associated with the vaccine programme must be proactively published online.

Vaccine administration will be critical. Since speed is of the essence, we need a public-private partnership to scale up the vaccination programme quickly. For this, each state government can enlist private entities to vaccinate people at a pre-determined per dose price. This creates an incentive for private players and also enables people to get vaccines without having to queue up at fewer locations. Online registration systems can handle the queuing process. For those without access to the internet, mass vaccination sites that require no appointments can be set up. We must make it extremely easy for people to get a vaccine.

Won’t this be costly? No. The cost of a prolonged crisis will be far more devastating to the economy. In 2020-21, the crisis probably cost us close to Rs 8 trillion in economic output. Besides, we know what other countries are paying. The EU paid $2.15 for an Oxford-AstraZeneca dose while the UK and the US paid $3 and $4 respectively. India is a giant buyer. Surely, we can get doses for similar prices. We also have international data on costs to administer vaccines. This can help negotiate prices with private sector entities wishing to participate in vaccine administration.

The Covid-19 crisis threatens to erode decades of development gains. The first wave probably destroyed some economic output permanently. However, we were fortunate to escape with a relatively low death toll. But this second wave will leave a trail of unimaginable human suffering. We simply did not plan ahead and allowed the virus to run rampant. More waves are likely, given what we have seen elsewhere. But universal and rapid vaccinations can limit our losses.

Unfortunately, the government’s vaccine policy is a maze of confusion that could doom India’s future prospects. We need to correct our course before it is too late.

This column first appeared in the print edition on April 29, 2021 under the title ‘Vaccinate all for free’. Tharoor is a Congress MP and an author. Former World Bank senior officer, Soz writes on politics, economics, and development. They serve as Chairman and Deputy Chairman, respectively, of the All-India Professionals’ Congress.