While speaking on the occasion, he warned the government of three ‘D’s — Dilution, Deviation and Derailment — and also spoke on corruption. 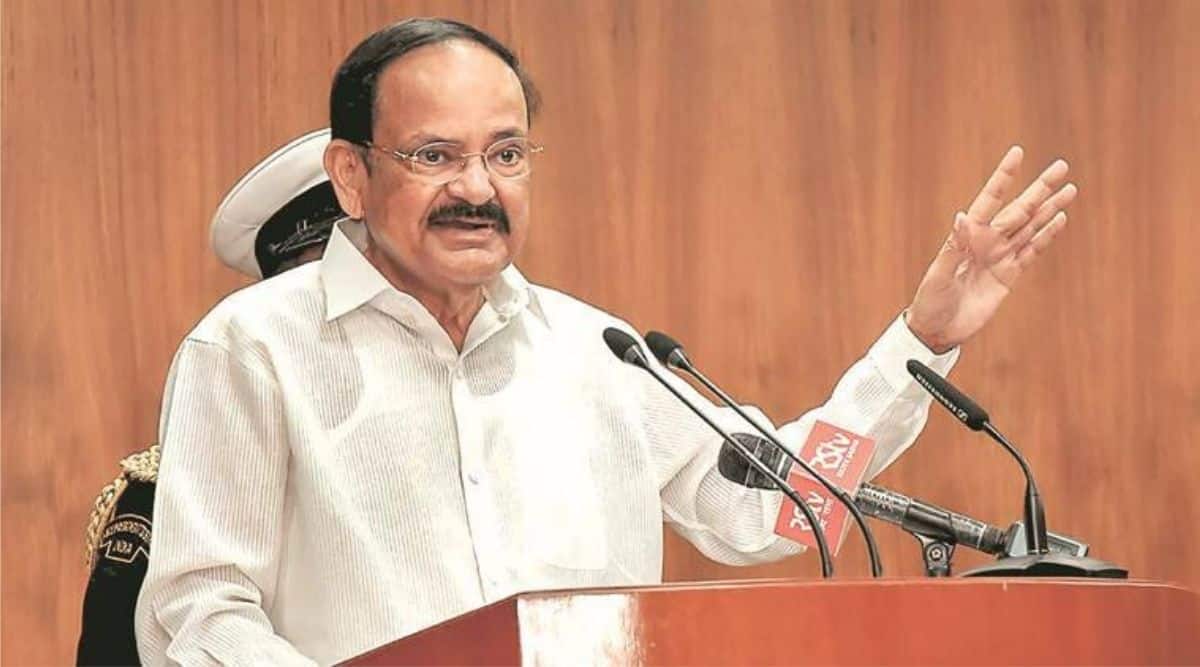 Vice President M Venkaiah Naidu, who is on a tour of Northeast states, visited Agartala Wednesday and virtually laid the foundation of a conversion project of 15 major roads of Agartala smart city. Under the project, the roads will be converted to weather-resilient ones.

While speaking on the occasion, he warned the government of three ‘D’s — Dilution, Deviation and Derailment — and also spoke on corruption.

Naidu said he is visiting Northeast to feel the ground realities of development happening in these cities. He said the Centre is focusing on NE states and funds have already been doubled.

Terming corruption as an “enemy of the government”, he said funds provided by the central government should reach the common man and accountability and transparency should be given highest priority.

He appealed to all political workers to respect each other and said political parties should join hands in the development story of the nation.

“A standard in public life should be maintained. Ruling and Opposition parties should work together for development. We are not enemies, we are political rivals,” he said

“Development of India is incomplete without development of NE. Prime Minister Narendra Modi is spearheading this development story and states like Tripura are catching up,” he said.

The Vice President also said Maharaja Bir Bikram (MBB) Airport of Tripura is expected to be developed into an international airport as per a policy decision. Efforts are also being made to revive Kailashahar Airport in Unakoti district and find new routes of helicopter services.

He said despite being landlocked by Bangladesh on three sides, Tripura has seen accelerated development in recent years.

“The Government of India is focusing on massive infrastructure development in NE and Tripura has got its fair share. There has been a boost in social and economic development here,” he said.

During his speech at the event, Tripura Chief Minister Biplab Kumar Deb said the state has seen a 25 per cent rise in per capita income in the last 3.5 years of his government and claimed income of marginal farmers has nearly doubled.

On the issue, the Vice President said agriculture has seen record progress of 4.3 per cent across the country during the Covid pandemic.

“Tripura has fertile land and is known for its delicious queen pineapple, jackfruits, scented lemons, oranges among other products. These products used to get wasted earlier due to lack of adequate marketing. Now, these products are reaching Dubai, UAE, London, Germany and other destinations. Branding and marketing are very important,” he said.

He stressed on the importance of boosting export of these products and said farmers should be allowed to export. Government should take more steps to encourage farmers, he said, adding, Tripura has a potential of Rs 2,000 crore Agarwood economy every year by 2025.

Naidu later joined an interaction programme with achievers in the field of Self Help Group (SHG), primary sector, frontline healthcare workers and others and asked all stakeholders to collaborate in the journey of development.