Violence erupted in Kolkata on Thursday during a march to the State Secretariat” organised by the students and youth wings of Left parties. Water cannons were used against the protesters and the police deployed at Dorina Crossing at Esplanade in central Kolkata resorted to baton charge to disperse the crowd. Several protesters were injured in the violence. Police also fired tear gas shells to disperse the mob. There was pelting of stones in areas around Esplanade, with prominent arterial roads like S N Banerjee Road turning into a battlefield between Left supporters and the police. The supporters of 10 Left student and youth organisation had organised the march to “Nabanna Abhiyaan”.

They had announced the programme to protest against the policies of the Trinamool Congress government and demanding “jobs”. Student and youth wing leaders said their gathering was to show a “red card” to the government.

Since early morning, hundreds of Left supporters started converging from different parts of the city to Esplanade. They came in different groups from the Howrah and Sealdah stations. They continued to occupy several areas in Esplanade even after police used force. The protesters held blockades in various areas of central Kolkata.

Earlier in the day, a few Left supporters suddenly gathered outside Nabanna Buildings (State Secretariat) in Howrah and started raising slogans and posters. They were arrested by the police.

CPI(M) leader Md Salim tweeted earlier in the day, “At Nabanna Youth leaders are being arrested. Ibrahim Mollah MLA and @DYFIcec leader in red shirt reached Nabanna to hand over Red Card on behalf of more than millions unemployed youths. Nothing remains of @MamataOfficial govt other than brute police force. #NabannoAbhijan.” 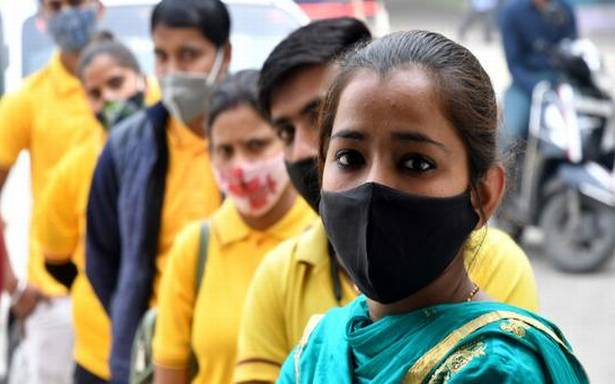