Hours after the incident, Maharashtra Home Minister Dilip Walse Patil, in a video address said the situation has been brought under control and appealed to people to maintain peace. 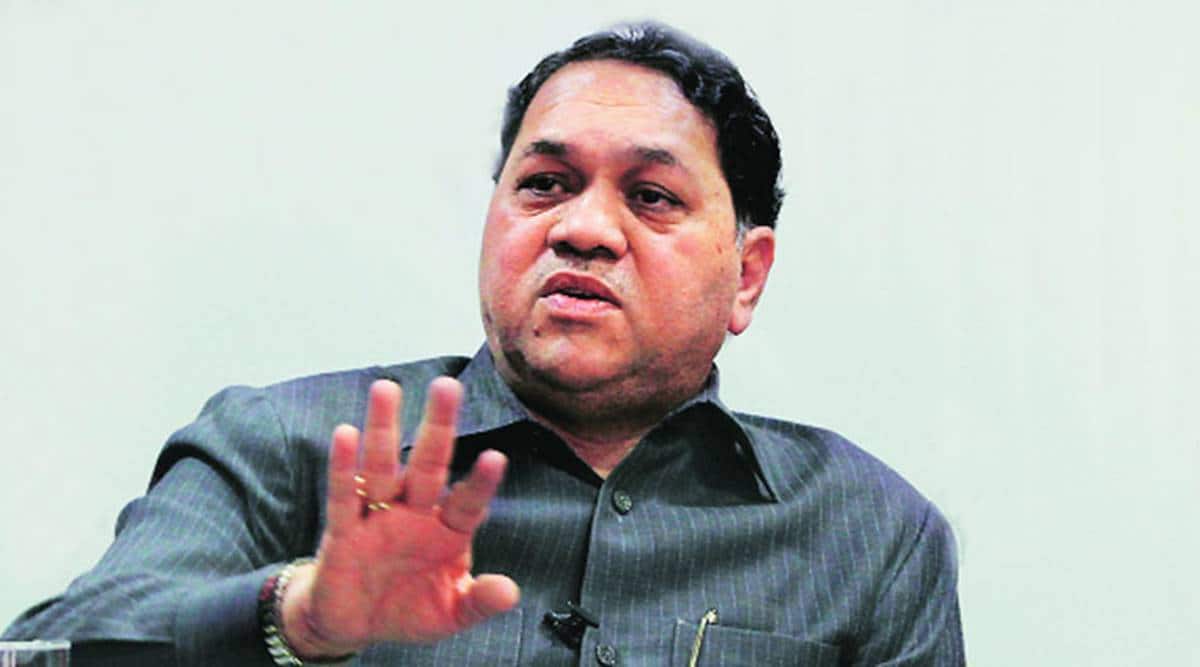 Three protest rallies taken out in Maharashtra on Friday to condemn the reported violence on Muslims in Tripura turned violent in Amravati city, Nanded city and Malegaon in Nashik rural, where protesters allegedly pelted stones on the police and damaged several shops and vehicles. The police said they had to resort to lathicharge and firing tear gas shells to disperse the protesters.

Hours after the incident, Maharashtra Home Minister Dilip Walse Patil, in a video address said the situation has been brought under control and appealed to people to maintain peace. He added that those responsible for the violence would not be spared.

The rallies were organised by Muslim organisations, the police said.

“Violence took place in a few places like Itwara, Shivaji Nagar and Vazirabad. The organisers did not have permission and they were moving when the police tried to stop them. There were several thousand people in the rally and some protestors got violent when the police tried to stop them. In the process, seven to eight policemen suffered injuries. Due to helmets, no one suffered serious injuries,” said a senior officer from Nanded police.

“The police had to resort to lathicharge and firing tear gas shells to disperse the crowd. We are in the process of registering FIRs,” the officer added.

In Malegaon city, some protesters allegedly started pelting stones on shops and parked Violence in rallies at Amravati, Nanded & Malegaon vehicles, demanding that shops be shut down. The local police said they rushed to the spot to stop the protesters and had to resort to lathicharge to disperse them.

Nashik city Collector Suraj Mandhare said, “The situation in Malegaon is completely under control. Senior police officers are on the ground. People should not believe in rumours and must keep patience.”

In Amravati city, violence reportedly broke out at four places in the jurisdiction of Kotwali and Gadage Nagar police stations between 3 pm to 5 pm.

Amit Makandar, DCP of Amravati city, said, “Some Muslim organisations led by Raza Academy organised a procession on Friday afternoon for which we had not granted any permission. Yet, around 35,000-odd people participated in the march, which passed through some main thoroughfares of the city. During this, some anti-social elements resorted to stone pelting on some shops and also attacked vehicles.”

“No policeman was injured. They threw stones at four to five shops. As of now, four FIRs have been registered. Two more are likely to be registered. The organisers did not take permission for the rally and so they will be booked as well,” added Vikram Sali, DCP, Amravati city.

Muslim organisations, meanwhile, said that unless action is initiated against those involved in the violence against Muslims in Tripura, they will continue their agitation.

Apart from Amravati city, some other towns in the district also allegedly witnessed protest marches by the community. The police have beefed up security in the city.

Dilip Walse Patil, in his video address, said, “To protest against the incidents that took place in Tripura, people from the Muslim community had taken out morcha (rally) across Maharashtra. During these rallies in some places like Nanded, Malegaon and Amravati, stone pelting took place and some turned violent. Therefore, I request all Hindu-Muslim brothers to maintain peace.”

“I am monitoring the entire situation with the help of senior police officers. All those guilty would not be spared but today, we all must maintain social harmony and I request all to cooperate with us. I request the same to my police brothers to handle the situation cautiously and to maintain peace,” he added.

Leader of Opposition in the state Assembly, Devendra Fadnavis, expressed concern over the violence. “The state government should immediately intervene and bring the situation under control. Reports of violence during morcha organised by Muslim organisations following developments in Tripura is worrisome,” he said.

As a mark of protest against the violence, the state BJP has called Amravati bandh till 4 pm on Saturday. All shops and establishments have been asked to support the bandh.

In Bhiwandi, a bandh was called on Friday by the Muslim community, with some political parties extending support to it.