‘Guarding the borders in extreme weather conditions is not easy and most people don’t realise it is a very tough job.’

In April 2011, Dorjee Khandu, the chief minister of Arunachal Pradesh, died in tragic circumstances in a helicopter crash.

Soon after, his elder son Pema succeeded him as the MLA of Mukto in Tawang district; he was then only 32 years old.

Five years later, on July 17, 2016, after a long period of confusion in the state, Pema Khandu took oath as the chief minister; soon after, he joined the Bharatiya Janata Party.

During the 2019 legislative assembly elections, Khandu won a landslide victory with 41 seats out of 60 for the BJP alone.

He speaks of the ‘Philosophy of Arunachal’, his visits to the troops posted at the LAC, but also of the development of the infrastructure, his vision for ‘Low Volume High Value’ (including spiritual) tourism and the importance of ecology for the entire Himalaya.

He concludes by putting on record that Arunachal Pradesh does not share any direct border with China, but only with Tibet; it is indeed the best answer to Beijing, who without any historical basis, continues to claim the entire Indian State.

The first of an exclusive two-part interview:

For decades the ‘Philosophy of NEFA’ has been the guiding policy for what is today Arunachal Pradesh (as well as the North-East in general).
It may have helped to preserve the tribal culture but it did not take care of the borders when India was attacked.
Do you have today a ‘Philosophy of Arunachal’? If yes, can you elaborate?

The ‘Philosophy of NEFA’ propounded by Verrier Elwin included facilitating the local population to develop on their own genius, respecting tribal rights in land and forests and respecting the social and cultural institutions.

These contours are honoured even today.

But there is a significant change in the Government of India’s approach to the northeast region, where earlier a Union government’s minister coming even to Guwahati used to become news.

Today we have five ministers in the Union council of ministers from the northeast region, including a Cabinet minister from Arunachal Pradesh.

Every month we have visits from the Union government bringing in some important development scheme for the people.

This signifies a major shift in the mindset and the confidence of New India under the leadership of Prime Minister Narendra Modi.

Developing our border areas and securing territorial integrity is the priority of our government both at the Centre and state.

We care about the last person standing in the queue and our aspirations are not limited by our past. 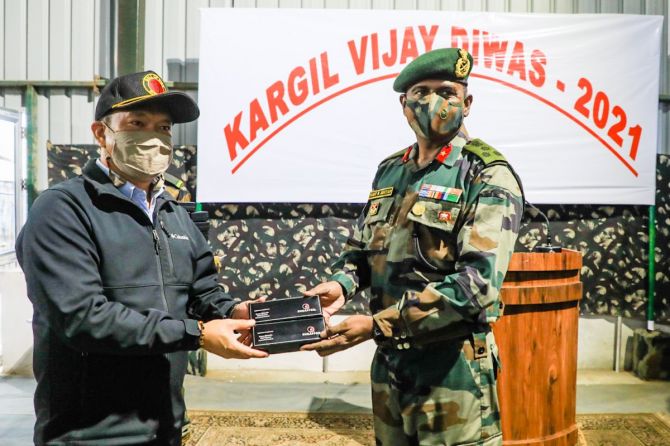 The media has lately reported your visits to forward posts and your interactions with jawans and officers.
Tell us about your motivations. And also about the importance of these visits. Should it be emulated by other CMs in other border states?

My father served in the Indian Army and having been born and lived most part of my life in the border region of Tawang district in India, I have seen the life of our security forces very closely.

Guarding the borders in extreme weather conditions is not easy and most people don’t realise it is a very tough job.

By visiting our forces in the forward posts, I am only paying a humble tribute to them for the immense sacrifice they are making for our great nation.

I know many other leaders in our country who too visit border regions.

Visiting my uniformed brothers in forward posts is a very personal motivation and if other leaders and common people in other states too emulate it, would be a wonderful gesture.

I welcome fellow countrymen to come and visit forward posts of Arunachal Pradesh and understand the tough life of security forces and common citizens of the state. 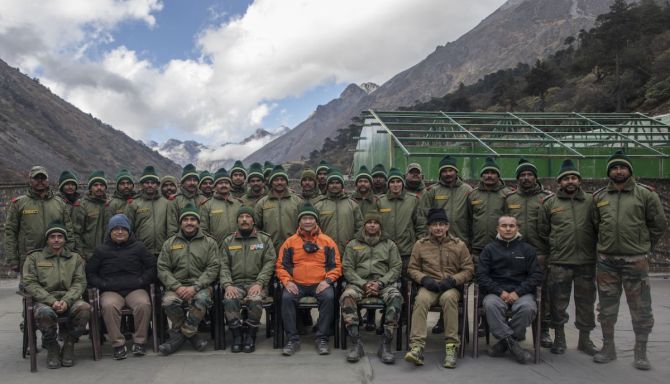 Many in India believe that one should change the narrative of the 1962 War with China, in the sense that India did well in many areas (in the Walong sector for example). Do you plan to do something to change this ‘defeat’ narrative?

1962 is in the past, We have learned many things and is well prepared for any future eventualities.

I fully agree that the Walong sector triumph of our armed forces is under reported.

No matter what, the people of Arunachal Pradesh stand resolutely behind the armed forces.

Yes, We are developing the sites of the 1962 war as memorials in Tawang as well as the Walong area, it is an emotional feeling just to be present at those sites and experience the valour of the soldiers who fought then.

All these will tell the story, as it happened. 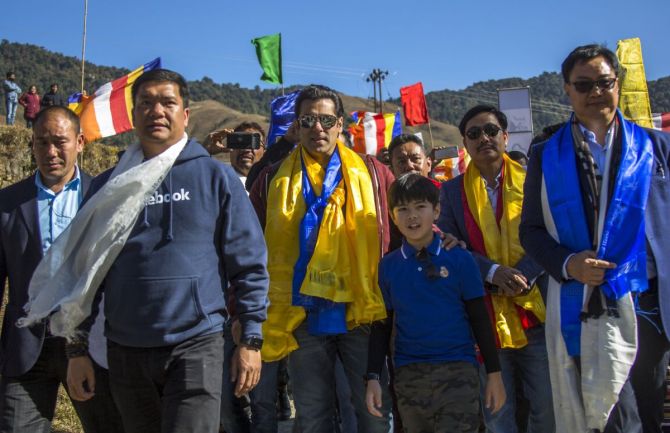 China is building infrastructure on the other side of the border. For example, a new large airport is coming up in Lhuntse Dzong in Lhoka (Shannan); the train has reached Nyingchi, and the G219 (Aksai Chin road) to Tsari area and all along India’s northern border?
What are you doing to counter this? What are Arunachal Pradesh’s achievements in this field.

Our Prime Minister Narendra Modiji in the speech at the UN General Assembly had said, ‘Democracy can deliver, Democracy has delivered.’

People of India and Arunachal Pradesh don’t want to emulate any ‘model of development’ that tramples the liberty and culture of the local people.

Indian democracy isn’t a ‘one size fits all’ model.

We are working towards providing amenities to the people in the border areas.

We are working aggressively to expand our road, rail and air network, improving communication networks and developing infrastructure to improve health and education status of our people.

The case in point is the Bogibheel bridge and the Dhola-Sadiya bridge which were pending for decades, it used to take hours to cross the Brahmaputra then.

Today because of the initiative of Prime Minister Narendra Modi, the bridges got completed in record pace and can be crossed in minutes.

We will get our first airport in 2022 in Itanagar whose foundation was laid in 2019.

The Trans Arunachal Highway (about 1,600 km) is almost under completion and the Sela tunnel will make year-round travel to Tawang easy.

Eight new ALGs have become functional and around 1,000 new 4G towers are being installed in addition to the ongoing optical fibre projects to enhance digital connectivity.

All foothill areas will be connected with a rail network soon.

Surveys are being conducted to bring rail connectivity to Bame and high altitude areas like Tawang as well.

The list is long, yet our model of Compassionate Governance will have NO Match.