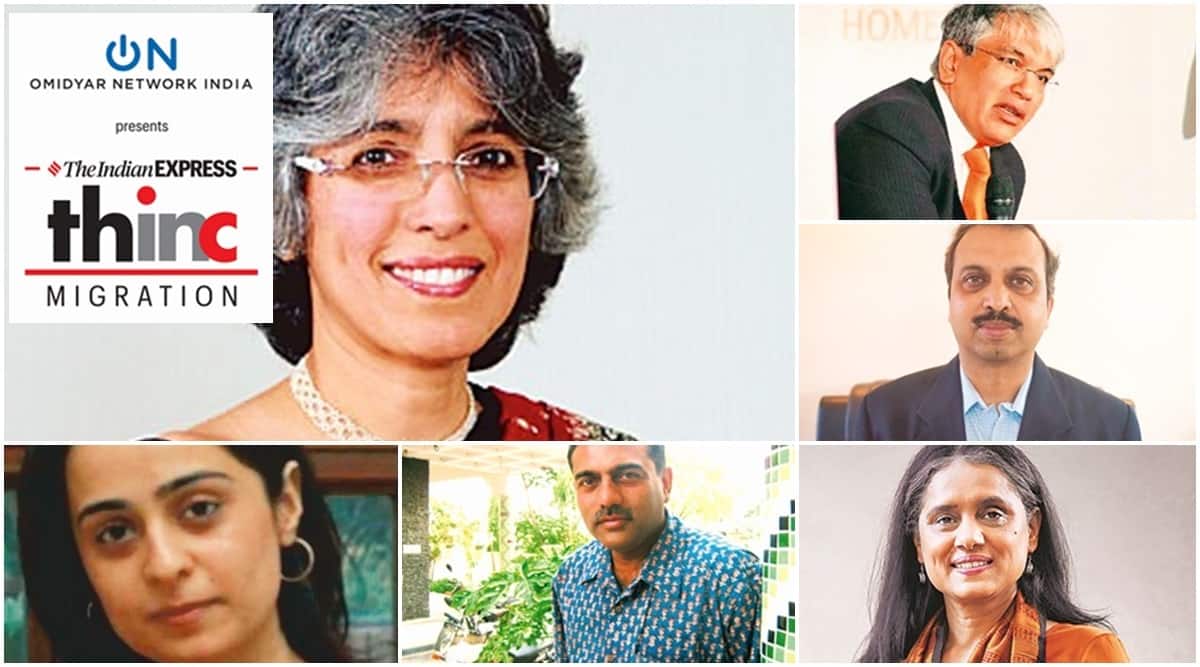 On the impact of Covid on livelihood opportunities of migrants

Rajiv Khandelwal: Last year’s Covid started a crisis that already existed… There is no employment crisis (but) there is a wage, quality of work and work condition crisis. So everybody has a job, but everybody has a really poor job… Firstly, wages are down by 20 to 30 per cent. The number of days of work are down. In that, one very powerful kind of change that is underway is that a number of markets that were hosting wage workers have moved to being piece rated work, which means that people are no longer in a formal or informal kind of a job relationship, they are actually being paid for the quantum of work that they do. This is a very significant shift because it totally changes your relationship with the employer and with what you can demand by entitlement or claim by way of services and provisions.

We recently did a survey of almost 6,000 migrant workers and found that 40 to 50 per cent of that entire earning is going to retire debt. It is debt that has basically been used to finance survival level consumption. It’s not for any capital creation or formation or investing in enterprises, it’s just a massive amount of debt that workers have piled up and that needs to be addressed if they have to come back fully rehabilitated into the economy.

But if there was better public provisioning, then at least you could argue that wages can be used for consumption and for financing household needs, whereas workers’ needs in the cities can be met by public provisioning. What does that mean? It means housing, health care, access to food, all of those together are exorbitantly priced, which are currently being paid out of very low wages by workers and therefore the need to keep coming back to their rural homes.

On what is holding back employment opportunities

Radhicka Kapoor: The fact that we have not gone through that phase of manufacturing, that growth, particularly labour intensive manufacturing, has meant that our cities have not become those engines of productive job creation and have not seen the kind of agglomeration economies that we are expected to witness in the normal course of development of a country… The share of manufacturing, be it in our GDP or our employment, has basically been flat in the last three decades. The manufacturing sector wasn’t creating enough productive employment opportunities, so these people were either ending up in the construction sector or informal services sector. (This has) meant that much of this migration was circular and reverse in nature and not permanent. If you look at these circular migrants, they are basically largely employed in the informal sector either as casual workers or they are self employed. Even if they are employed in the formal sector, they are largely employed as informal workers. So not only are they getting low paid work, but they also have little or no benefits, little or no social security, little or no savings, their accommodation arrangements are adverse. Unless we think of how we accelerate that process of structural transformation, perhaps through an industrial policy, we are not going to be able to solve this crisis in the long term.

Manish Sabharwal: Governments only have three tools. We have fiscal policy, we have monetary policy. If fiscal deficits could make countries rich, no country would be poor. Monetary policy, I’m not even going to humour that. I don’t know whether monetary policy is a painkiller or a placebo or a steroid, whatever it is, it doesn’t work for reducing poverty. So what is the tool we have, and that is really the structural productivity of our regions, our sectors, our firms and our individuals.

So I would just say that the only thing we can do is technology… Urbanisation is an unstoppable and actually a very powerful technology for prosperity. But urbanisation isn’t shoving more people into Delhi, Mumbai, Bangalore, it’s creating more cities with more than a million people. We only have 52 cities with more than a million people. China has 300 of them… We need power to flow from the bottom to the top rather than top to the bottom. Twenty nine Chief Ministers matter more than one Prime Minister, 100 mayors matter more than 29 Chief Ministers, we need resources for cities.

On how can we improve livelihood opportunities for migrant workers

Deepak Mishra: If we are serious about that, we need to look at three aspects — the origin area, in particular the opportunities in the origin areas; the migration process; and, finally, what can be done at the destination. The initial point is to address structural vulnerabilities in origin areas. This is not to reduce or stop migration. Rather, we have evidence to argue that minimal targeted interventions, like increasing agricultural productivity through the provision of irrigation, like investment in rural health, education and infrastructure — all these improve the bargaining power of migrant workers and at least give them enough options to move away from the worst forms of migrant labour contracts, debt bondage etc.

Coming to destination areas, it has to be a mix of both — employment creation through direct intervention by the governments, particularly in terms of an urban employment guarantee scheme in the small and medium sized urban towns, but also facilitating growth of employment by the private sector. The other thing is the creation of a robust security system mechanism.