Both TMC and BJP have guaranteed quota status for four groups in Bengal. It’s not just their numbers that matter, but also where these do. 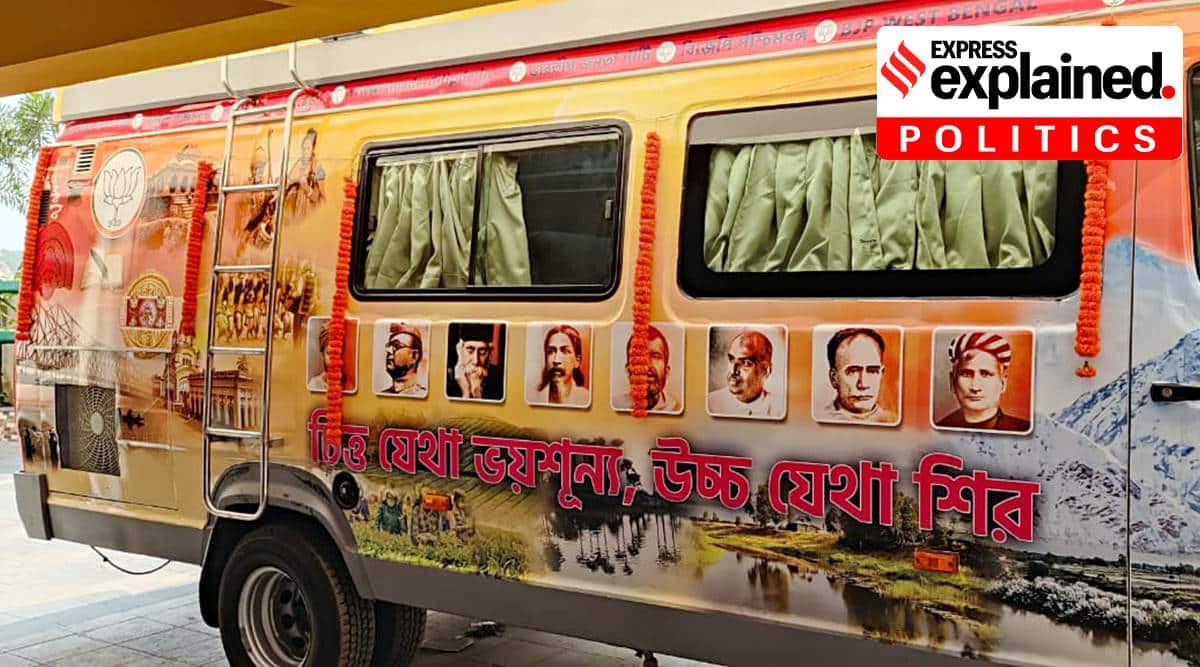 THE Trinamool Congress manifesto released by Mamata Banerjee on Wednesday stressed on OBC reservation for groups such as the Mahisyas, Tamuls, Sahas and Tilis. Just a day earlier, BJP national president J P Nadda had announced at a poll rally that if the party came to power in West Bengal, it would provide reservation in the OBC category for these communities.

The 2019 Lok Sabha results indicated major gains by the BJP in areas dominated by SCs, STs and OBCs, specifically in south Bengal, where this helped the party crack the stronghold of the Trinamool. If the transfer of SC/ST votes helped the BJP get better results in Jangalmahal and North 24 Parganas and Nadia districts, the shift of OBC votes helped the party win seats in districts like East and West Midnapore, Hooghly and Howrah.

If the BJP is now trying to consolidate this hold, the Trinamool is hoping the promise of reservation will return the OBCs to it.

One year after assuming power for the first time, the Trinamool government in 2012 passed the West Bengal Backward Classes (other than SC and ST) (Reservation of Vacancies in Services and Posts) Bill, 2012, paving the way for reservation for some OBC castes. All Muslim communities except Siddiquis and Sayads are included as OBC A or OBC B in the list. In case of Hindus, Kansaris, Kahars, Middes, Kapalis, Karmakars, Kumbhakars, Kurmis, Majhis, Modaks, Napits, Sutradhars, Swarnakars, Telis and Kolus were included in the OBC list.

According to the Backward Classes Welfare Department of the West Bengal government, it has issued almost 38 lakh OBC certificates. Recently, the government claimed to have enrolled thousands more under the Duare Sarkar (doorstep government) programme.

At the time, groups like Mahisyas (a dominant community), Tomars, Tilis and Sahas were excluded from the OBC category as it was believed that these communities are privileged and already part of the mainstream.

West Bengal minister Firhad Hakim said the Trinamool’s manifesto promise was not aimed at gaining a vote bank. “Mamata Banerjee is always eager to do something for the downtrodden. She assured food, home and health security for them. Now, many new groups are demanding the same as they are ‘pichhra’. We have decided to consider this and our government will decide whether they are eligible to be included in the OBC list or not.”

BJP spokeperson Samik Bhattacharya said their promise couldn’t be equated with “the divisive politics of the Trinamool”. “We had already announced that those who are eligible to get reservation as per the Mandal Commission, we will give it. After hearing that, Mamata Banerjee made her announcement regarding Mahisya and other groups.”

Together, the Mahisyas, Tomars, Tilis and Sahas are believed to wield significant influence in at least 50 constituencies in South Bengal. Birendranath Sashmal, Sushil Dhara and Satish Samanta are leaders belonging to these groups who led the freedom movement against the British in the area, even forming a ‘Tamralipta Jatiya Sarkar’, an “independent parallel government”, during the Quit India Movement. It functioned from December 17, 1942, to August 8, 1944, setting up police stations and even a system for revenue collection.

Midnapore, which is part of this pocket, includes Nandigram from where Mamata Banerjee is herself contesting this time. Her rival from the seat and former close aide Suvendu Adhikari also counts the East and West Midnapore region among his strongholds.

From the beginning of his campaign, Adhikari has been harping on his Midnapore identity and paying homage to leaders like Dhara, Samanta, Sashmal — in line with the BJP’s successful invocation of local, little-known leaders across the country.