As doubts about the stock offering mount, WeWork’s bonds are falling quickly. Traders pushed down the price on its notes due 2025 below face value for the first time since Aug. 13, moving its yield above 8%. 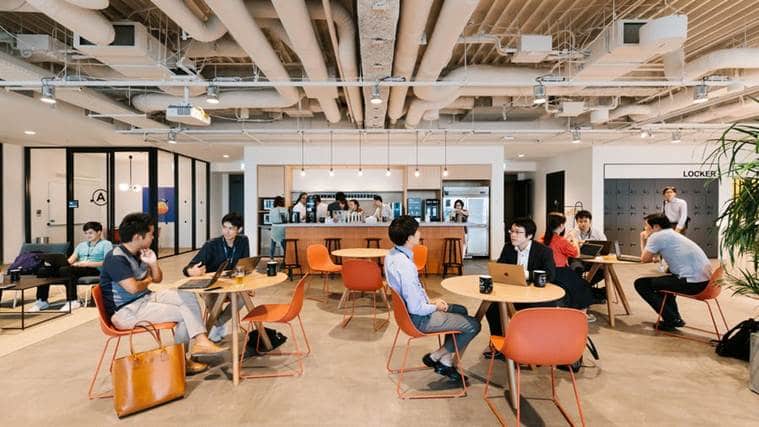 WeWork’s suddenly troubled IPO plans have begun to unnerve its creditors, who worry about where the cash burning company will turn to land its next round of financing — or if it needs to radically rethink its business strategy.

The company’s planned initial public offering looked like a lifeline for a company that lost $1.6 billion last year. Not only was it supposed to raise about $3.5 billion from equity investors but it would free up an additional $6 billion in debt financing that was contingent on a successful IPO.

But now, as doubts about the stock offering mount, WeWork’s bonds are falling quickly. Traders pushed down the price on its notes due 2025 below face value for the first time since Aug. 13, moving its yield above 8%.

In the face of widespread concern about its prospects, executives of WeWork and its largest investor, SoftBank Group Corp., are considering shelving the IPO after its target valuation may be less than half of what it secured from its biggest backer earlier this year. CNBC reported that WeWork still intends to go forward, with plans to pitch investors starting on Monday.

“It’s something we’re monitoring all the time,” Kevin McNeil, an analyst at Fitch Ratings, said of the potential for the company to defer or delay the IPO. “To the extent that it does not have the IPO as an option, it’s going to have to respond by changing its growth profile and or finding alternative sources of growth capital.”

WeWork parent We Co. cautioned in its initial public offering filing that if it continues growing fast, it “may be unable to achieve profitability at a company level for the foreseeable future.”

It also said it could turn a profit if it “stopped investing in our growth and instead allowed our existing pipeline of locations to mature.” As of June, 70% of its locations had been open for two years or less, the filing said.

The company obtains long-term leases on office space, then rents out the real estate for shorter periods of time. That means it has long-term obligations being covered by uncertain revenue.
Adam Neumann, WeWork’s chief executive officer, has been spending heavily to fund growth, a move that has flummoxed credit graders. When WeWork first came to the debt markets last year, ratings companies assigned it grades across the spectrum, underscoring the difficulty of assessing startups with big ambitions but negative free cash flow.

S&P analyst Ana Lai said WeWork’s current cash pile, which stood at $2.75 billion in June, and existing debt agreements should be enough to fund its 2019 expansion plans. But it will likely need to raise more for its 2020 growth.

“To execute the full plan for 2020, they really would need to resort to external capital,” Lai said. The company may “resort to plan B” to find another source of debt or equity if the IPO falters, she said.

WeWork’s bonds surged to all-time highs after the company filed for an IPO last month, announcing that it had paid down a portion of the notes and was lining up another $6 billion of debt financing to help fund its growth. WeWork sold $702 million of junk bonds in a debut offering in April 2018, with $669 million still outstanding.

The company is among a small group of cash-burning firms that have managed to convince high-yield bond investors to lend to them. Netflix Inc. has been a longtime player in the bond market despite spending heavily on its content, and Uber Technologies Inc. also brought a deal last year.

With a yield of about 8.4%, the WeWork notes pay more than average for a B rated security, but below those typically seen in the CCC tier of junk debt.

A WeWork finance executive told investors in a private meeting that it had ambitions to become a regular presence in the capital markets, much like Netflix and junk-rated cable companies.

“You have a scenario where the company was able to tap the debt markets and get a deal done with the prospect being that the bonds would hold value or improve when the company went public,” said Jody Lurie, a corporate credit analyst at Janney Montgomery Scott. “If management can’t deliver, that speaks to something about the company that troubles bondholders and something about the markets.”