Dilip Kumar was committed to a Nehruvian ethos of socialism and represented the voice of the people in the roles that he essayed. 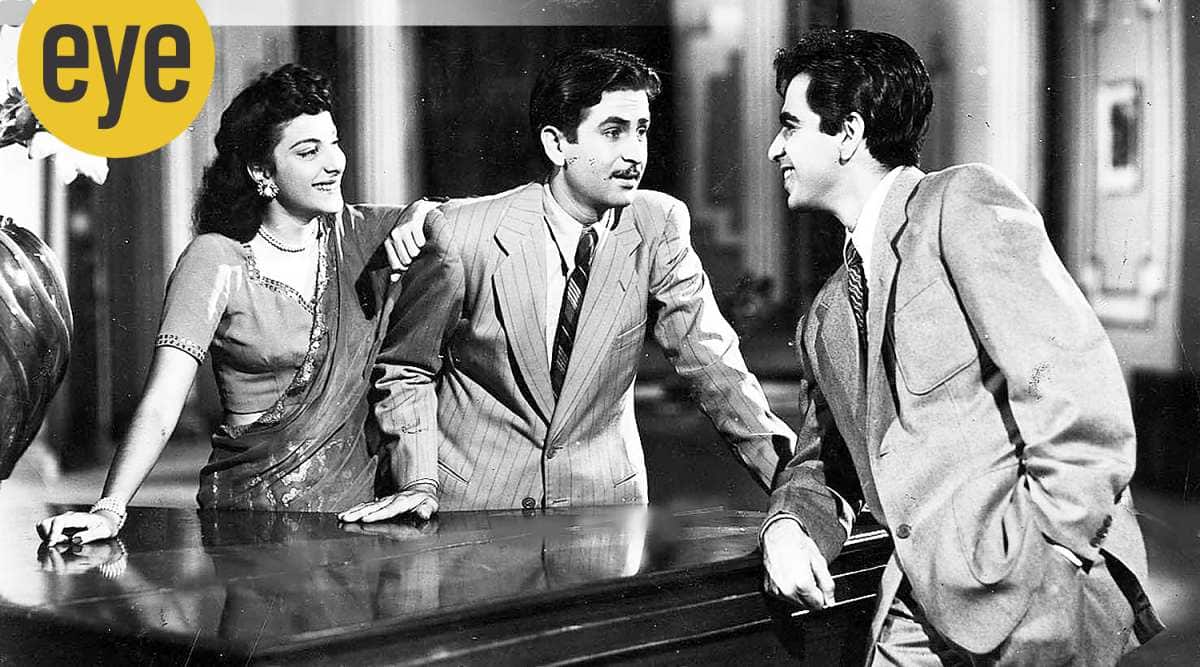 He spoke with his silences but when he did speak, the effect was equally memorable. Dilip Kumar was one of those actors who seldom raised his voice. He would speak up whenever a moment in the film needed it — like in the scenes of confrontation with Prithviraj Kapoor in Mughal-e-Azam — but, in the same film, he would always speak softly to Madhubala. That was his style — always polite and soft-spoken. That was the personality of the man that was reflected on screen. In fact, there are very few people who are on screen the way they are in actual life. Dilip Kumar was one of them.

His command over both Urdu and English was extraordinary. He was not an academic, not a scholar of Urdu or English literature for that matter, but his diction, the usage of both languages was impeccable. It’s difficult now to find anybody to deliver even a five-minute speech in Urdu or English to that effect. I remember, in my younger days, when we would attend mushairas (those days are now well behind us — even in pre-COVID times, mushairas were not what they used to be till the ’70s and ’80s), Dilip Kumar was a permanent fixture at some of them, such as the Shankar-Shad Mushaira at Modern School in Delhi. One could feel his presence in the gathering, his engagement with the people. It was complemented by the presence of one of his great friends, Kunwar Mohinder Singh Bedi Sahar, a bureaucrat and a wonderful poet, a man who could deliver Urdu with the same effect as Dilip Kumar. They were a wonderful combination on the mushaira stage for years.

Dilip Kumar would recite other poets, lots of people would request him to recite Josh Malihabadi or Ghalib and he had memorised many of them extensively. Sometimes, he would come with a handwritten nazm or ghazal of some poet and recite them. What Amitabh Bachchan does so beautifully now for Hindi, particularly reciting Madhushala (1935), written by his father Harivansh Rai Bachchan, Dilip Kumar did for Urdu poets. He spoke Hindustani and sometimes very difficult Urdu, but rarely difficult Hindi.

I also remember Dilip Kumar addressing gatherings of thousands of people at the Gymkhana Maidan in my hometown Meerut, particularly in 1967, ’71 and ’77. In those days, Meerut was represented by General Shah Nawaz Khan, an INA soldier and an associate of Netaji Subhash Chandra Bose. He and Dilip Kumar were great friends. General Khan won four Lok Sabha elections from Meerut and I remember the rallies in the last two campaigns, where Dilip Kumar would address the people and ask for their votes. It was a treat to listen to his political speeches. He would speak about how General Khan was committed to social work, to the poor and their welfare. This was an era of socialist policies and Nehruvian ethos, which continued till the ’70s. It was abandoned only in the ’80s.

By then, even the Congress Party had distanced itself from the Nehruvian economic vision. This was a time when people like Dilip Kumar symbolised the Nehruvian idea of India. His performance in a film like Paigham (1959), in which he spoke about the rights of the workers and was pitted against Raaj Kumar, was outstanding. Jogan was another beautiful film, on a theme that would be difficult to make even today. It was a film on an ascetic woman, played by Nargis, but Dilip Kumar was outstanding in it, expressing his emotions through his eyes.

As an actor, Dilip Kumar not only made good films in his long career, but the choices he made are reflected in the limited number of films he acted in. He acted in about 65 films and that speaks volumes about the man. He was not one to be moved by only commercial interests, though he did act in some commercial ones. But, over the years, he didn’t accept anything which didn’t have a message, meaning or social comment. That’s something that can be said both about him and Raj Kapoor, though not largely about Dev Anand. Of this trinity that’s often talked about, Dev Anand was always a man with a different image but both Raj Kapoor and Dilip Kumar were part of the Nehruvian era of socialism and their films spoke about the poor, of the battle between men and machines as captured in Naya Daur (1957) and about the rights of workers in Paigham. Dilip Kumar’s Leader (1964) is a good film for today’s India, of how a political leader needs to address his or her constituency and how you cannot divide the country over religion. You must remember that these films were being made soon after the Partition, he himself had been born in what became Pakistan and the family had moved to Bombay.

This was a period of social turmoil, of intense communalisation, and, so, one needed to send messages through films, which both Dilip Kumar and Raj Kapoor did. Dilip Kumar, particularly in Leader, defines nationalism as a national identity which is inclusive. It was something only he could do because he was a man who could use his oratory skills most effectively. We often talk about Raaj Kumar’s famed oratory but he was not a people’s man. Rather, he represented the aristocratic, degenerate class in films, which he did rather well. But it was Dilip Kumar who remained the voice of the people. He is also, perhaps, the only actor that stars of Bollywood proudly proclaim to have copied. Rajendra Kumar, Manoj Kumar, Amitabh Bachchan, Shah Rukh Khan and many others publicly acknowledge even now that they try their best to copy Dilip Kumar. This is his privilege alone, and, on that count he will remain an institution, even when he is not among us.

(S Irfan Habib is a historian and former Maulana Azad Chair at the National University of Educational Planning and Administration, New Delhi)