Wednesday’s expansion shows that Modi still has a keen eye on Bengal.
The BJP is gearing up for the panchayat elections in Bengal next May and the Lok Sabha elections in 2024.
Payal Singh Mohanka reports.

Politics is certainly not about instant gratification. It’s about the long haul.

While the West Bengal assembly polls saw the Bharatiya Janata Party’s hopes of 200 plus seats crashing down to a mere 77 seats, it’s not curtains down.

With the Congress and the Left Front decimated in the state, the BJP has now emerged as the main Opposition in Bengal.

Wednesday’s expansion in Prime Minister Narendra Damodardas Modi’s council of ministers shows that he still has a keen eye on Bengal.

The number has been doubled further reinforcing the belief that Bengal is still hugely important in the BJP’s scheme of things, though none of the new entrants have been given a Cabinet rank.

The quartet has been handpicked and rewarded for delivering results and will now shoulder greater responsibilities.

The BJP, which moved from 3 seats in the 2016 assembly elections to 77 this year, is determined to further strengthen its base and expand its footprint in the state. 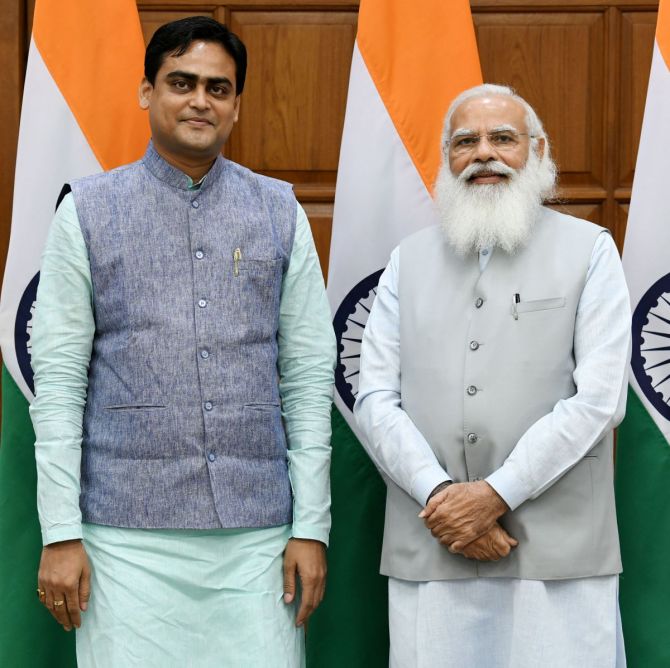 Bongaon’s Shantanu Thakur hails from the Namasudras, a very backward community from the village of Orakandi, which is now in Bangladesh. They were religious reformers who also worked in the area of educational and cultural reforms. Their legacy was followed by the Matuas, a sect of Hindus who are Namasudras.

The Thakur clan has huge influence among the scheduled castes. The Matua community holds the key to at least two Lok Sabha seats: Bongaon in North 24 Parganas and Ranaghat in Nadia.

Dr Subhas Sarkar, a devoted swayamsevak, who belongs to the town of Bankura, the western most part of the state, won his seat in the last parliamentary elections. A gynaecologist and obstetrician, Dr Sarkar is a respected social worker too.

While the BJP saw an erosion in its base and faced a slight setback in the assembly elections compared to its performance in the 2019 Lok Sabha elections, DrSarkar is being seen as an apt choice for a ministerial berth and the man who will help the party gain lost ground.

“It is only in the fitness of things that Thakur and Sarkar have been given ministerial berths. Earlier there were two ministers from Bengal, the fact that the number has been doubled shows Modiji is showing much more interest in Bengal. Each of the four ministers has been aptly selected,” says senior BJP leader Dr Tathagata Roy. 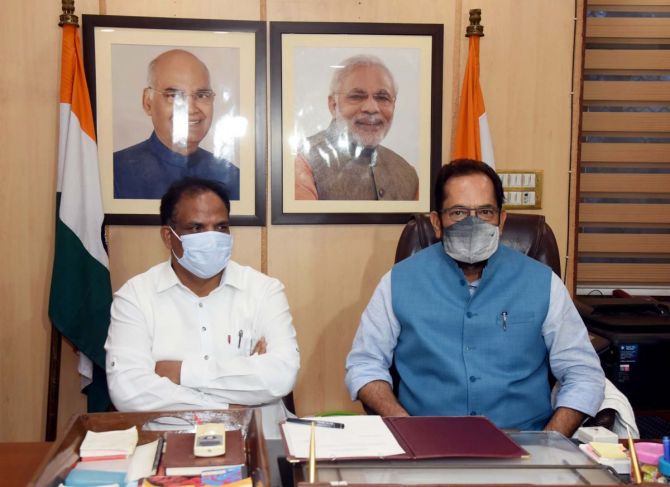 John Barla has been rewarded as the BJP won all five assembly seats in the Alipurduar district, his parliamentary constituency.

Interestingly, Barla had recently raised the demand for an Union territory or separate statehood status for north Bengal. The BJP leadership in the state has, however, distanced itself from his demand.

So Barla’s demand is being seen as mere optics to strengthen local sentiments on the ground during the election campaign.

Barla, a Christian, a tribal and a trade union leader in the tea estates of north Bengal, commands a large following among the tribals in the region.

In the adjoining constituency of Cooch Behar, 35-year-old Nisith Pramanik, the youngest minister in this ministerial reshuffle, is being rewarded for good performance.

The BJP won seven out of nine assembly seats in Cooch Behar.

The BJP’s central leadership feels that inclusion of members of Parliament from these districts of north Bengal will bolster the party’s performance in the 2024 Lok Sabha polls.

Cooch Behar is a strategically important district as it shares a border with Bangladesh and Assam.

“The gap between us and the party in power in Bengal is 60 lakh (6 million votes,” says BJP spokesperson Shishir Bajoria. “We got 2 crore 25 lakh (22.5 million) votes. We are going to build on the support that we already have.

“I don’t think we have ever seen a council of ministers that is so professionally competent. The four ministers from Bengal cover different geographies of the state and represent youth as well as different caste and creed,” Bajoria adds.

The BJP does not want to dwell on its assembly defeat in Bengal. It sees 2021 as a firm toehold in the state and is slowly gearing up towards making giant electoral strides.