This eco-warrior helps the waterways of Kerala breathe plastic-free.

Every morning, long before dawn and long before the village of Manchadikkari wakes up, 69-year-old N S Rajappan tucks in his lungi and crawls down from his house to the Meenachil River.

He slides onto a makeshift seat on a country boat, ready for the usual 17 hours of collecting plastic waste from the waterways of Kerala’s Vembanad Lake.

At a young age, Rajappan contracted poliomyelitis, which soon paralysed his legs.

Work opportunities became sparse and he had to take up any small chore that came his way.

For more than half a decade, however, Rajappan has been doing a very important job — that of cleaning Vembanad Lake and other streams of Kumarakom in the Kottayam district.

“Somebody should remove the waste from the water. I am doing what is possible for me,” Rajappan says matter-of-factly. He has lived around these waters his entire life and knowing that he is helping the waters breathe better gives him great happiness and purpose.

A day’s worth of collecting waste usually gets Rajappan four sacks full of plastic bottles and a meagre Rs 12 that he uses to buy kerosene oil.

“It used to be more before COVID-19. The lack of tourists has reduced the waste,” he says with a grin, despite his income having taken a hit.

But his day does not end with the task of collection. Rajappan cleans, dries and organises the waste for the local agency that comes to pick it up once in a few months.

His meals are taken care of by his sister and some generous locals who call him to collect their plastic waste and give him money.

Rajappan recollects the painful look he sees on the faces of people as they watch him crawl.

But the positive man Rajappan is, he does not feel sad about his condition. “I have had this deformity since my childhood. What is the point of feeling bad about it?” He flashes his coy smile.

In the half a decade of working as Vembanad’s environmental saviour, Rajappan has not missed a day’s work — except once, during the floods, when the water destroyed his house and he had to take refuge in a boat.

“I lost all the garbage I had collected over the months and was very disappointed. But I started work again immediately once things improved,” says the high-spirited Rajappan.

And he plans to continue to work every day, spreading kindness to the natural world around him, one plastic bottle at a time. 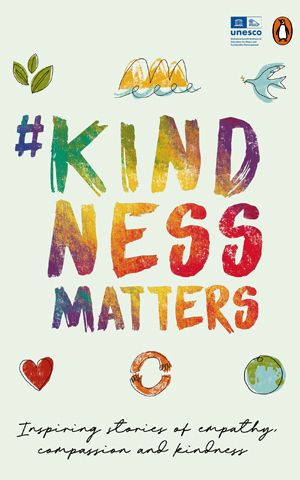 The only wish Rajappan had was for a bigger boat of his own, so he can cover a larger area and collect more garbage.

His wish recently came true when a photograph of him by Kottayam-based photographer, Nandu K S, went viral, bringing recognition and gifts from around the globe, including Prime Minister Narendra Modi, the Taiwanese government and Supreme Master Ching Hai.

Rajappan has since received awards, a cash prize, a motorised wheelchair and, most importantly, his very own motorboat!

“I want to have a roof over my head and live there happily until my death,” the humble Rajappan concludes. The simplicity of thought of this environmental champion cannot be better summarised.

Excerpted from Kindness Matters: 50 Inspiring Stories Of Empathy, Compassion And Kindness From People All Over The World, with the kind permission of the publishers, Penguin Random House India.