Watching a film about the ritualistic nature of grief feels more necessary now, during the pandemic 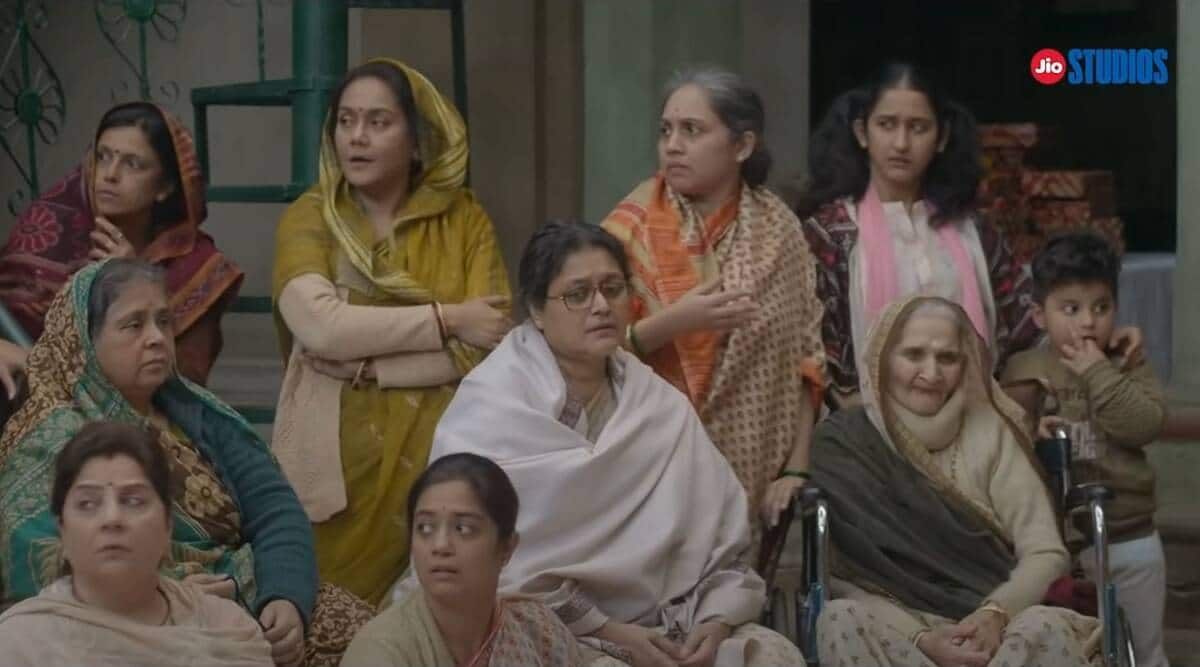 Death is not merely personal, it affects us all. This belief underlies customs of mourning, and warrants a communal gathering to partake in sorrow. In Ramprasad Ki Tehrvi, a film centred on the performativity of grief, director Seema Pahwa critiques the assumptions behind the designated 13-day mourning period in Hindu families and turns the disparate ways of coping as plot points.

When the patriarch of the Bhargava family (Naseeruddin Shah) suddenly passes away, leading to the arrival of his four sons and two daughters, his spacious house gasps for breath. Every corner is occupied, including the terrace. Their presence is bolstered by sounds and noises, evoking the animated energy of a festival. It shrinks space for the widow, deafens her shocked silence. The days together push the tragedy to the background as misgivings and resentment simmer in the foreground. Pahwa’s film does what conventions of grief fail to do — account for the mourners and what they feel, as opposed to what they should.

What we take back from a story hinges on what we want to tell ourselves. What we listen to in the storyteller’s voice depends on the tone we want to hear. Over the course of the last two years, Ramprasad Ki Tehrvi released across different mediums — it first premiered at the Mumbai Film Festival in 2019, opened theatrically in January this year and quietly landed on Netflix last month, each time in a world different from the previous one.

But there is little in common between January and April this year, let alone 2019 and 2021. The pandemic has wiped off millions from the face of the earth, disfigured the procedure of pain. Human lives were always prone to being reduced to statistics but the current crisis, coupled with an inefficient government, have effaced the possibility of even counting deaths. The feeling of loss is still personal but the fear of losing has assumed universality. For more than a year, isolation has been a norm, stripping life of the pleasures of communion.

Families formed units, fortified by togetherness. But the unleashing of the second wave with renewed ferocity has dulled even that comfort. Till the end of last year, social media was filled with ingenious hacks of bypassing lockdown-induced boredom. Now it resembles an abyss of SOS calls. Every refresh brings in more pleas of help. Breathing has become an effort. The air has suddenly become parched.

The fear of losing is replaced with news of loss, the terror of dying is interrupted with confirmation of death. In between a father dies without seeing his daughter, dead bodies float in a river. All the while we remain isolated, masked up.

What lends indignity to death — the act or the absence of mourning? Throughout Ramprasad Ki Tehrvi, Pahwa remains preoccupied with this question. It surfaces when the widow keeps recounting the moment of tragedy to every inquiring relative and the repetition lends a comicality to the act, eliciting laughter in spite of the occasion. It hangs in the air when, looking at her children listlessly going through the rituals of bereavement, she wonders if they even remember the purpose behind traditions.

But by still staging the practice, Pahwa’s film uncovers its indispensability for those who are left behind. The compulsion of performing grief opens up room for grieving in private. We are only islands till there is a sea.

Watching a film about the ritualistic nature of grief feels necessary now. For once, the reality of life has intersected with the assumption of customs: Death does affect all, equally. At present, we are all members of a mourning family, waiting for redemption for the dead and salvation for the living.

Till we hold hands again and derive comfort from a shared silence, till we meet and unmask our sorrow, the film will serve as a totem of the time mourning was limited to 13 days, grieving was a ritual and grief an option.