What is surprising is how people are choosing to defend a deluded author’s legacy while conveniently relegating a non-White child’s dilemma to the margins, whose sense and perception of self may have suffered a blow when confronted with racist caricatures. 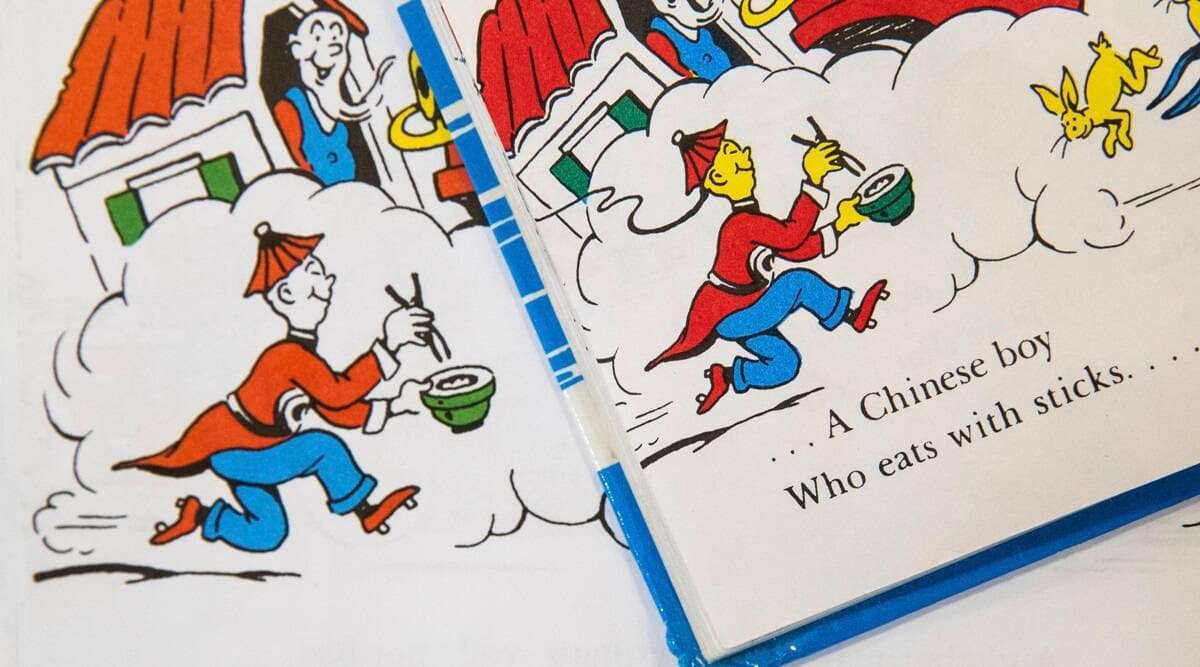 The “cancelling” six books by Dr Seuss was the subject of The Indian Express’s news coverage (March 5) as well as an editorial (‘Cancel that’, IE, March 6). Both pieces criticised the move, terming it as an act of “presumptuous pre-vetting and sanitisation”. However, the issue runs deeper than just censorship.

Literature serves as an escape from our monotonous lives. This escape tends to leave a lasting imprint. This is particularly true in the case of children, who can – as a result of what they read – imbibe lasting prejudices. In this light, when we re-examine Dr Seuss’ books, the offensive, denigrating and deleterious treatment of most non-White races becomes apparent – for example, the racist caricatures of two African men in grass skirts or an Asian boy with a chopstick and a conical hat.

Literary enthusiasts across the globe have defended Dr Seuss’s intent by placing him and his works in their time and place – a period of immense socio-cultural churn. Subsequently, they have shifted the responsibility on parents and teachers to steer the children away from the narrow-minded perceptions of the people around us, shards of which are scattered across his works.

But a quick perusal of the current socio-political climate should suffice. We live in a divided world where most leaders are popularly elected to power on the basis of their racist, ethnocentrist and majoritarian ideologies and policies. If Dr Seuss’s books are reflective of his times, cancelling them is a requisite of our times.

As for placing the onus upon parents and teachers, adults may be adept at distinguishing creativity from cruelty, but how effectively they will be able to communicate this to the children is an open question. More concerningly, would parents and teachers even bother correcting such prejudices and stereotypes? Lastly, by shifting the responsibilities on parents and teachers, we are to some extent ridding the author of his fair share of the culpability.

It is important to see where terms such as “cancel culture” and similar narratives are emerging from. Most of those enraged by the decision are White conservatives like Ben Shapiro, who tweeted: “We’ve now got foundations book burning the authors to whom they’re dedicated. Well done, everyone”. For this section of unthinking privileged White men, books such as Dr Seuss’s If I Ran the Zoo serve as a means to sustain and preserve the obnoxious and chauvinist American way of life that equates human worth with their racial features.

What is surprising is how people are choosing to defend a deluded author’s legacy (which is not even the crux of the contention), while conveniently relegating a non-White child’s dilemma to the margins, whose sense and perception of self may have suffered a blow when confronted with Dr Seuss’s caricatures. Where Dr Seuss’s literary excellence should be commended and extolled, the damage inflicted by them must also be quelled.

The writer is a student, St Xavier’s College, Mumbai