Sources told The Indian Express that conversations are being held on the modalities, given the “urgent situation” in Afghanistan due to the approaching winter. 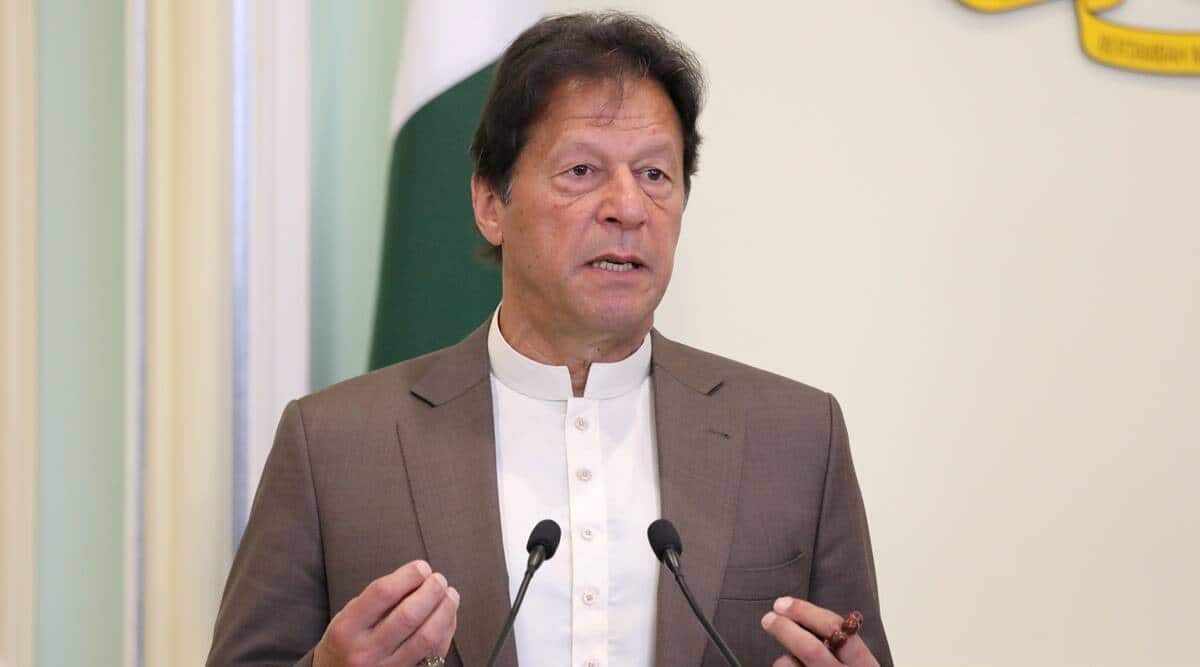 More than a month after India reached out to Pakistan for sending food grains to Afghanistan through the land route, Pakistan Prime Minister Imran Khan Friday told a Taliban delegation in Islamabad that his country would “favourably consider” a request by “Afghan brothers” for transportation of wheat from India via Pakistan “on exceptional basis”.

Sources told The Indian Express that conversations are being held on the modalities, given the “urgent situation” in Afghanistan due to the approaching winter.

A statement by Khan’s office said: “The Prime Minister conveyed that in the current context, Pakistan would favourably consider the request by Afghan brothers for transportation of wheat offered by India through Pakistan on exceptional basis for humanitarian purposes and as per modalities to be worked out.”

The statement was released after Taliban Foreign Minister Amir Khan Muttaqi met Khan along with the group’s Finance and Commerce & Industry ministers and senior members of the delegation. Khan “reaffirmed Pakistan’s support to Afghanistan and the Afghan people in overcoming the dire challenges being faced by their country,” the Pakistan PMO statement said.

India had reached out to Pakistan in the first week of October by sending a note verbale for allowing movement of trucks carrying 50,000 metric tonnes of wheat to Afghanistan. With winter almost here, and a financial crisis crippling Afghanistan, food shortages are believed to be imminent in that country.

Some countries like China and Turkey have already started distributing food to Afghans. And India, which has a lot of goodwill among the Afghan people, also wants to do its bit, sources said.

Officials said the task of moving 50,000 metric tonnes of wheat to Afghanistan would require sending 5,000 trucks via Pakistan. Islamabad is looking at the proposal but is said to have pointed out that the scale — in terms of trucks and roads — needs to be worked out.

According to sources, the logistics suggest that Indian trucks may have to be allowed since it would otherwise require the wheat to be unloaded and loaded again at Zero Point on the Wagah-Attari border.

Pakistan’s statement came even as Taliban spokesperson Zabihullah Mujahid spoke favourably about the meeting on Afghanistan of National Security Advisors of key countries in the region, except China and Pakistan, that was held in Delhi Wednesday.

According to a transcript of his comments, obtained by The Indian Express, Mujahid said: “Regarding the conference being held in India, the region must have taken notice of the security of Afghanistan and considers the economic stability of Afghanistan is in greater benefit of the region. India is also a very important country in the region and we want good diplomatic ties with them. The policy of Islamic Emirates of Afghanistan is that its land will not be used against any country. We want mutual cooperation.”

He said: “Though we are not present in this conference but we firmly believe that this conference is in the better interest of Afghanistan as the entire region is considerate of the current Afghan situation, and the participating countries also must be thoughtful of improving and safeguarding the security situation in Afghanistan and helping the current government to ensure security in the country on its own.”

Responding to questions, the spokesperson said: “Moreover, cooperation in business and economy is also a need of the hour for the regional countries for establishing security in Afghanistan. We do not have any objection or anxiety with the conference being held in India and we are hopeful that positive outcomes of this conference will be utilised and implemented.”