"I am happy that my son Chirag is with me at this time and is looking after me in every possible way. Besides taking care of me, he is also fulfilling his responsibilities towards the party," Paswan said. 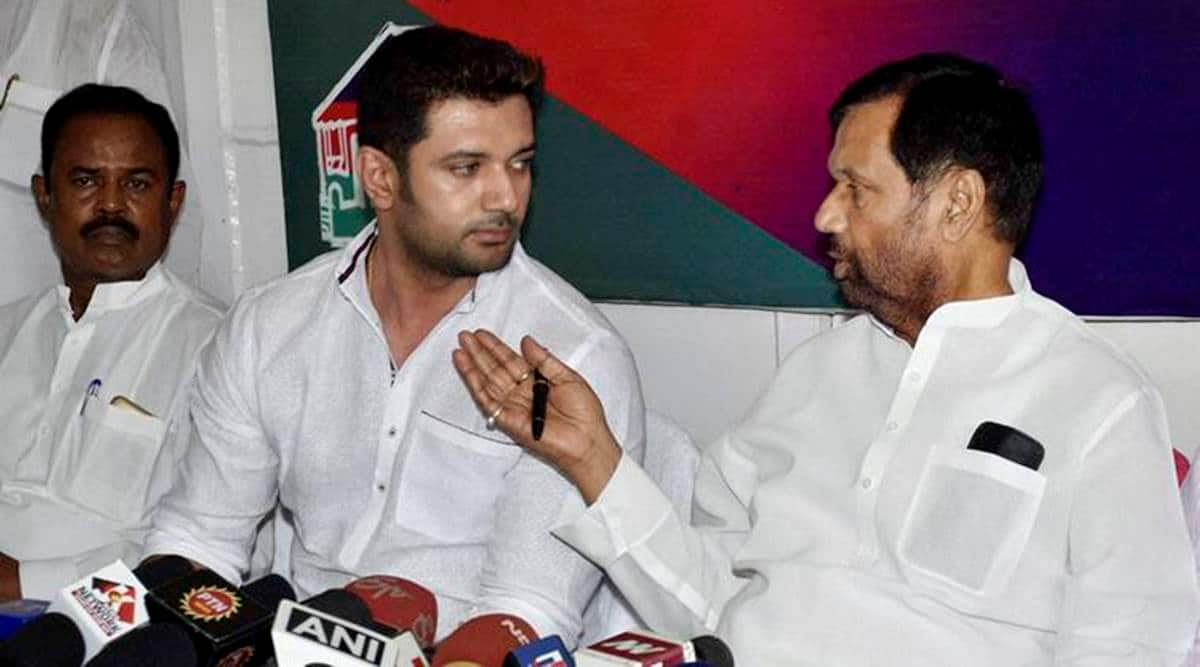 Amid the growing rift with NDA partner JD(U) ahead of the Bihar assembly polls, Lok Janshakti Party patron Ram Vilas Paswan on Friday said he will stand firmly with whatever decision his son and LJP chief Chirag Paswan takes on the party’s ties.

In a series of tweets, the Union minister also revealed that he was hospitalised with an illness and was getting treatment for it. He, however, did not mention the nature of his illness.

“In the time of the coronavirus crisis, I served the country as the food minister and made every effort to ensure that food items reach on time everywhere. During this time, my health started deteriorating but to ensure that there was no laxity in work due to this, I did not go to a hospital,” Paswan said.

The minister said that it was at his son Chirag’s behest that he went to a hospital and started treatment.

“I am happy that my son Chirag is with me at this time and is looking after me in every possible way. Besides taking care of me, he is also fulfilling his responsibilities towards the party,” Paswan said.

In a politically significant statement, he also indicated that he would stand by Chirag’s decision on alliance and seat sharing for the Bihar assembly polls.

“I am confident that with his youthful thinking, Chirag will take the party and Bihar to new heights. I firmly stand by all the decisions of Chirag. I hope that I will soon be well and among my loved ones,” Paswan said.

His statement comes after the LJP authorised Paswan to take a call on whether the party will fight against Bihar Chief Minister Nitish Kumar-headed Janata Dal (United) in the assembly polls and decided to prepare a list of candidates for 143 constituencies.

Chirag Paswna’s run-in with the government in the state began in March this year when he embarked on a ”Bihar First Bihari First” campaign which was viewed with suspicion by the JD(U).

The relationship between the two parties had nosedived in the subsequent months with the LJP chief taking potshots at the JD(U) government over its handling of COVID-19, the migrants crisis that followed the lockdown and the insistence on holding assembly elections, scheduled in October-November, on time despite the raging pandemic.

Kumar’s decision to join hands with former chief minister Jitan Ram Manjhi, a Dalit leader like the Paswans with a history of targeting the LJP, has further soured their ties.

While aiming at Kumar, Chirag Paswan has refrained from attacking the Bharatiya Janata Party (BJP) and has even been lauding Prime Minister Narendra Modi.