The woman's husband, however, alleged that she was mentally unstable and that there was no improvement in her condition despite taking her to doctors. A woman allegedly confined inside a toilet for over a year by her husband was rescued from Rishpur village in Haryana’s Panipat district. The husband, meanwhile, claimed that the woman was mentally unstable.

Women Protection and Child Marriage Prohibition Officer Rajni Gupta, who led the rescue operation, said that the woman did not seem mentally unstable and her physical condition indicates she has been starved. “I received information that a woman was locked in the toilet for over a year. I come here with my team. When we reached here, we found that it was true. It seems that woman has not eaten anything for many days,” Gupta said, news agency ANI reported.

A case has been registered and probe is underway. 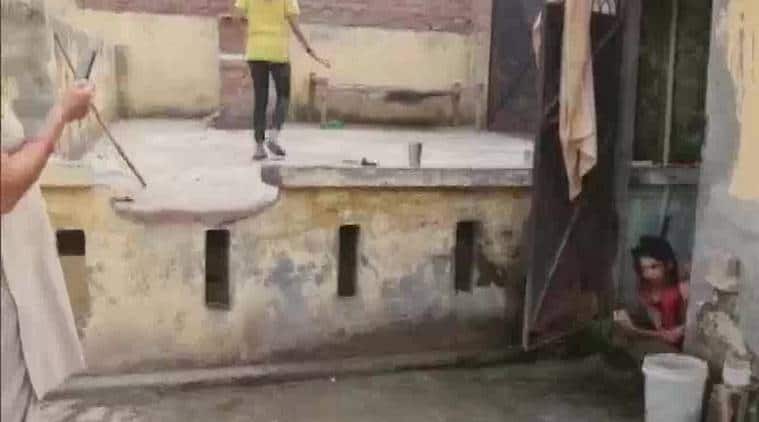 The woman’s husband, however, claimed there was no improvement in her mental condition despite taking her to doctors

“She was mentally unstable. We ask her to sit outside but she does not sit there. We have taken her to doctors but there was no improvement in her condition,” he said.

The police, meanwhile, said they will approach doctors to ascertain the mental status of the woman. “Rajni Gupta went to the village and rescued the woman who was locked by her husband Naresh for over a year. We have registered a complaint and we will take action after investigation. It is being said that the woman is mentally unstable. We will take the advice of the doctor and proceed further,” a police officer said