‘Which will not happen.’
‘Foreign Minister S Jaishankar has expressly refuted Beijing’s statement that normalcy was returning to Sino-Indian relations.’ 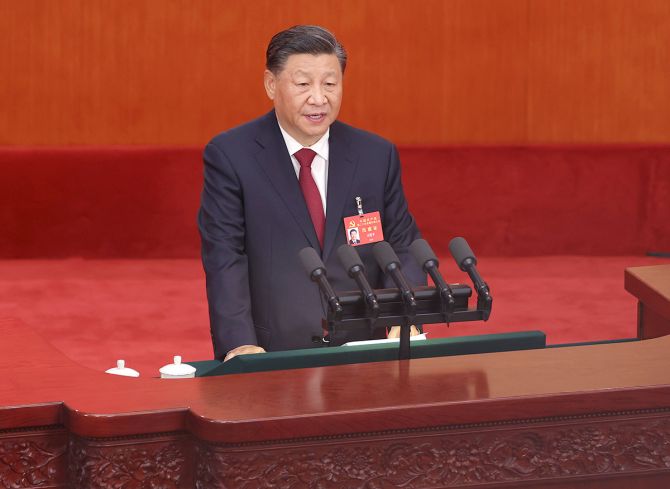 Dr Bharat Karnad, emeritus professor in national security studies at the Centre for Policy Research, the think-tank in New Delhi, discusses the implications of Xi Jinping being re-elected for a third term as China’s leader for India and the rest of the world.

“The Chinese leadership considers the Galwan surprise a great tactical military success, and wants to wallow in it,” Dr Karnad tells Rediff.com Senior Contributor Rashme Sehgal about the screening of the Galwan Valley footage where Indian and Chinese troops fought in June 2020 at the Chinese Communist party’s 20th party congress in Beijing on Sunday.

With Xi Jinping in all certainty getting a third term as general secretary of China’s Communist party this weekend and a likely third term as president of the People’s Republic of China in March, what does this mean for India and for the world?

More of the same. Meaning, that he will wait for the Modi government to make the reconciliation moves, which will not happen. Because Foreign Minister S Jaishankar has expressly refuted Beijing’s statement that normalcy was returning to Sino-Indian relations.

He reminded the Xi regime that the territorial status quo ante had to be first restored before normalcy can have a chance.

For the world, Xi’s third term means aggravation of the Sino-US rivalry.

With Washington and European countries rolling out a number of punitive anti-China laws to deny Chinese goods easy access to their markets, prevent it from stealing/hacking advanced technologies and disrespecting Intellectual Property Rights, and to reduce dependence on China for critical stuff, like semi-conductors, and on Chinese supply chains supporting their industries, and with (United States) President Joe Biden promising militarily to curtail Chinese moves at forcible Taiwan reunification, the military competition in the Indo-Pacific is set to become sharper.

Some weeks ago it was suggested that a palace coup had taken place and Xi had been sidelined. But obviously, this news was incorrect.

The politics of Zhongnanhai (the government complex in Beijing where the major leaders of the Chinese Communist party live and work) has always been difficult to read. But it is usually safe to disregard rumours of dire events happening behind its walls. 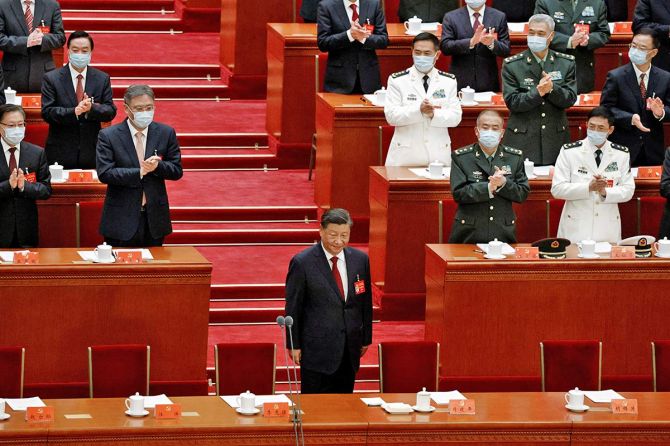 Xi has harnessed an aggressive nationalism which he claims will see the cultural and military rejuvenation of China. How far will he succeed in this objective?

With the Chinese armed forces afforded large budgets and a relatively free hand, Xi Jinping in his first two terms had already gone some ways towards turning China into a garrison State.

His statements at the Communist Party Congress suggest he is doubling down on firming up the China ‘fortress’.

In other foreign policy areas, like in the programMEs of strategic outreach, for example, he has had mixed results.

While many of the projects in his Belt Road Initiative (such as the China-Pakistan Economic Corridor) have stalled, the Chinese presence in the western Pacific centering on the Solomon Islands has met with considerable success.

Xi’s goals can be achieved by creating a fighting military machine. Its force, albeit, was tested two years against India in Ladakh in which the Chinese more or less have achieved their objectives.

As usually happens with the Indian military and government, they had no clue about the stealthy Chinese advance onto the Indian side of the Line of Actual Control and generally about the forward area buildup in eastern Ladakh.

So when the PLA went overt with their tactical offensive on the Galwan river, they caught the Indian army and MEA with their pants down. It has forced India on the defensive. 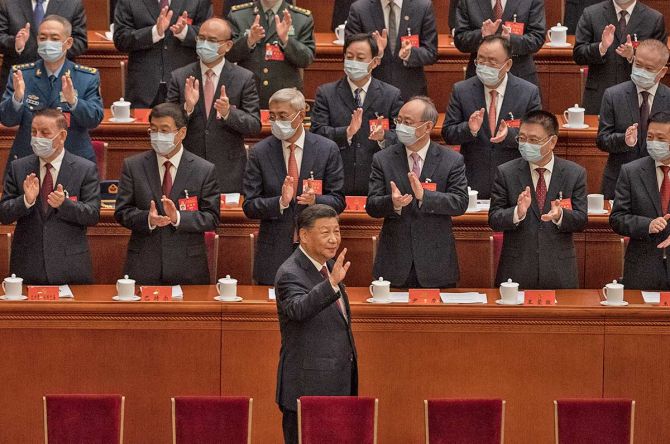 The Galwan Valley footage was shown at the opening of the party congress in Beijing on Sunday. What does that indicate?

The Chinese leadership considers the Galwan surprise a great tactical military success, and wants to wallow in it.

India put up a challenge to the Chinese army in Doklam in 2017, but ever since the Chinese have built up a vast infrastructure of roads and helipads claiming this entire area as their own. Do you see them blockading Indian forces in this area?

Tackling the PLA in the contested trijunction Doklam area has always been problematic because it also involves Bhutan. Powerful sections within Bhutanese ruling circles that Beijing has cultivated over the years want a rapprochement even if that riles New Delhi.

That particular Bhutanese view seems to be that if ceding a bit of territory here and there to China generates goodwill, it may be no bad thing.

With Russia involved in the Ukraine war and with the US focus shifted to this conflict, the Quad no longer enjoys the kind of primacy in its mental bandwidth as was the case earlier. This is bound to benefit the Chinese who are free to carry out aggressive actions in South Asia.

It isn’t as if the Quad was ever operationalised or was militarily active.

India, the US, Japan and Australia have all seen it as more of a loose political-military arrangement to discomfit China.

Besides, the Ukraine imbroglio is a land-based contingency while the Indo-Pacific is a maritime theatre of conflict.

The two require quite different sets of wherewithal and capabilities.

So the US/NATO focus on the Donbas region that Russia wants to annex will only marginally affect its efforts in the Indian Ocean, the South China Sea or the East Sea. 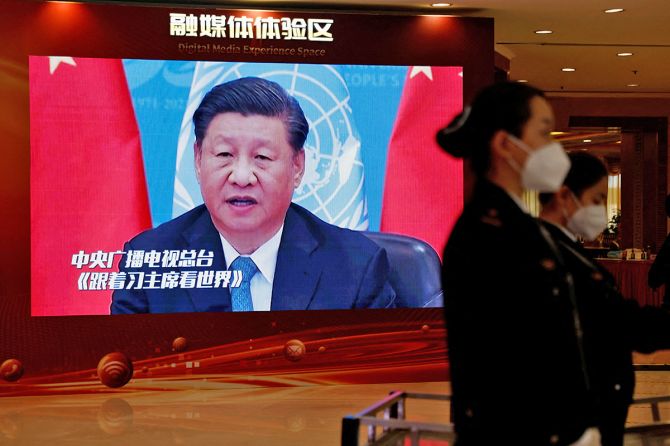 Will Xi continue to issue periodic warnings against Taiwan or do you see any likelihood of a future attack?

A Chinese invasion of Taiwan is far from imminent.

After all, Russia’s setbacks in Ukraine have got Xi and the PLA thinking that, maybe, attacking Taiwan is not such a great idea! However, attempts at reunification are possible in the middle to distant future (20-50 years). But by then Taipei will likely have secured nuclear weapons for itself, making it immune to any Chinese adventure.

Why has there been such complete capitulation in China. Did Xi not face any opposition at all?

What capitulation? Xi always controlled the PLA and the other levers of power.

So there was never any serious contender for power on the scene.

Is Xi going to see any breaks at all in his quest for Chinese supremacy as the number one power in the globe?

All trends and indices suggest that while it will be a hard slog for China to ascend to the numero uno status, it will always be a force to reckon with in Asia and the world.

How do you see the US response to these developments?

Well, the US and the West are taking all the measures necessary to prevent China from having an easy run to the top.

Washington realiSes it made a mistake by helping China become a powerful trading nation and industrial power — the manufacturing hub of the world.

In the future, it will try with its European allies and Japan and Australia to retard China’s relentless progress. 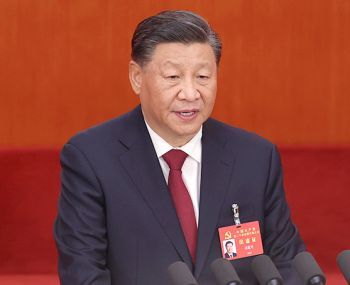