In his complaint letter to the the National Commission for Protection of Child Rights, J S Akhil has alleged that the CPI(M) Kollam MLA had "humiliated" and "threatened" the child. 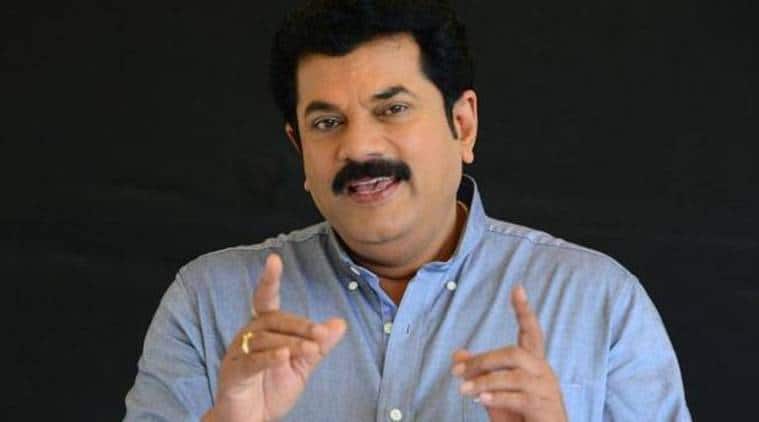 The national coordinator of the Indian Youth Congress on Monday shot off a complaint to the National Commission for Protection of Child Rights (NCPCR) against CPI(M) MLA M Mukesh for his remarks against a class 10 student during a telephone call.

In his complaint letter, J S Akhil, has termed as “derogatory” the manner in which the actor spoke to the boy and also alleged that the Kollam MLA had “humiliated” and “threatened” the child. “It is most unfortunate that a cine artist by profession and a person occupying the high chair of MLA who has high responsibility and commitment to the society at large fails to address the issue of a juvenile,” he has said in his complaint.

According to a recording of the telephonic conversation between Mukesh and the student, the MLA shouted at the boy from Palakkad for calling him up for help instead of the legislator of the boy’s own district. Mukesh, thereafter, in a video claimed that the phone call was part of a “politically motivated plan” to “harass him and corner him” into a situation, which would spark an outburst from him.

Mukesh told the media that ever since he has been re-elected from Kollam, he has been receiving calls at all hours of the day on frivolous issues like why is the train late, when electricity supply will be restored, etc, and charged that all these were part of a “major plan” to harass him.

In the audio clip, which went viral, the student can be heard saying that he had called asking for some help and he got the number from a friend. However, an irate Mukesh does not ask what the student’s grievance was and shouts at the boy, saying that he should have called the Palakkad MLA, who is not dead, for help before calling him.

He is also heard telling the student that he should slap his friend on the face for giving the number of the actor instead of the Palakkad MLA. When the boy says he does not know who the Palakkad MLA is, Mukesh said that had the student been standing before him, he would have caned him as a class 10 boy should be aware about the legislator of his constituency. He told the teenager to find out who the Palakkad MLA is and to speak to him or her and not to call him again without first contacting the legislator of that constituency.

Explaining his conduct, Mukesh said in his video that the student had called him six times prior to the recorded conversation and each time he had told the boy that he was in a zoom meeting and would call him back. However, the boy kept calling and the meeting got cutoff, he claimed and said if the boy was really innocent he would not have recorded the conversation.

The actor further said that his remark regarding caning the boy was just an expression as his conduct towards children can be ascertained from the children’s show he had hosted. He said there was no need to teach him how to behave with kids as he has children, always tries to encourage children to achieve their best and never misbehaves with them and the incident in question was a well conceived plan to
distress him.

The actor had also said that he would be filing a complaint with the Cyber Cell of the police and soon it would be revealed who all were behind the incident. This is not the first time Mukesh has been the centre of a controversy over his response to a telephone call. A few years back he had ranted at a caller who had called him at 11 pm.