HM Naqvi’s new novel is a baggy yarn, buoyed by a joyous celebration of a syncretic history and limited by its lack of interiority 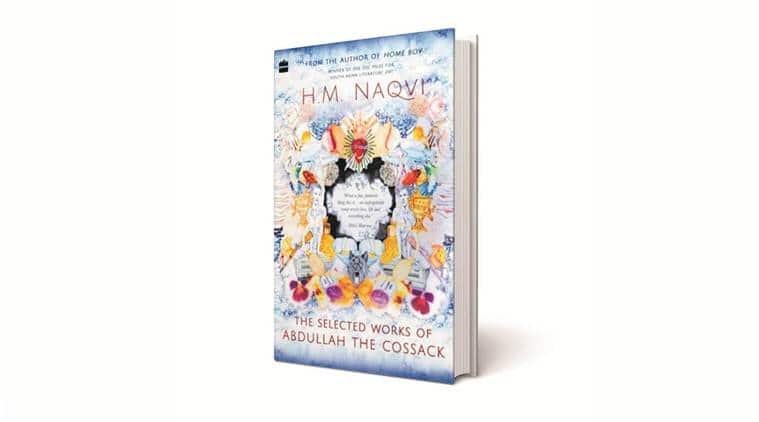 “The house of fiction has many windows, but only two or three doors,” wrote the critic James Wood, speaking of the novelists choice of narrative techniques. In HM Naqvi’s new novel, the door opens into the mind of Abdullah the Cossack, a historian of Currachee, whose “selected works” we are supposed to be reading. Once a man of the world – he earned the appellation Cossack by drinking a gang of Russians under the table — Abdullah is now a fat, flatulent relic living in his ancestral home, “waylaid by anxiety, lassitude, contretemps and the intermittent shove of history.”

Ten years after Naqvi’s terrific novel, Home Boy, examined the lives of young men in post-9/11 America, The Selected Works of Abdullah the Cossack returns to Pakistan. It is a terrain altered by time. The old map of a fabulously mongrel city remains in Abdullahs memories: “Who knows now or acknowledges the fact that the city as we know it is actually arranged around churches?” It’s a past that exists in some carnivalesque corners, “populated by fortune-tellers, bodybuilders, thugs, troubadours, transvestities, women and sweet, rowdy children.” This is a city of jazz and old Goan musicians, whose ancestors trickled into Bombay, Calcutta and Karachi by the mid-19th century to escape the Portuguese. Corpulent and afflicted with haemorrhoids, Abdullah is an unlikely knight in the city’s defence, but he can go into battle. When someone asks him, “Tum Musalman ho?”, he lets it rip: “I could be Catholic, Protestant, Pentecostal, Hindoo… I could be Shia, Sunni, Ismaili, Bohra, Barelvi, …anything, everything. If you want to ask such questions, go back to Kabul!”

It’s an unmistakable voice that leaps off the pages — erudite and geeky, sometimes self-aware and always self-dramatising. “I awake feeling fraught and delicate like a soft-boiled egg,” is the opening line of a chapter titled On Negotiating Ontological Panic (or Down & Out). If you don’t roll your eyes yet, it is because this is a man aware of the comedy of his own predicament — a man who can quote obscene Latin verses and Farida Khanum ghazals and whose choice of adjectives include “obsidian” (look up the dictionary, I did). But despite his erudition, the odour of failure follows him to departmental stores and funerals, where both family and former friends tut-tut at the man he could have been.

“My mind is like a rubbish heap: you have to sift through the muck to find a working toaster,” says Abdullah. Naqvi crafts this voice with an exuberant, digressive excess — most evident in the footnotes to the story he is telling us. They spill over with sly wit, obscure trivia, ghazals and even a recipe for orange pulao. In this dense marsh of words, a battalion of Needlessly Capitalised Phrases stands attention. But there is also some sharp commentary. On the India-Pakistan tit-for-tat nuclear tests in 1998: “Siblings always behave badly.” Look at this postcolonial puncturing of the white man’s pretensions: “Europe is a subcontinent, we are the Continent.” Or this declaration of identity: “We are all fundamentally cultural salads.”

The range of registers in Abdullah’s voice veers from the florid (“Verily, memory is a tricky wench”) to a jaunty, ornament-free Cliff Richard song. One senses that the unplanned, chaotic architecture of words is this man’s defence against the world. But in a central sense, Naqvi fails in making this narrative voice do the heavy lifting: Abdullah’s is a droll, witty self that continually obscures any real reckoning with his inner self, and, so, does not deepen in meaning from start to the end of the novel.

The possibility of action (and not just crippling insomniac thought) is one of the threads of this baggy yarn. Fate (and plot) throws in Naqvi’s way both love and responsibility: the former in the shape of Jugnu, a gangsters moll with many secrets; and the latter is Bosco, the grandson of the last “Trumpeteer of Karachi”, who is entrusted in Abdullah’s care, away from the hands of the Karachi mafia. Together, they go on a caper that tips over the novel into a hypermanic adventure. The footnotes get thinner. The plot thickens.

The limitations apparent in the early part of the novel become larger. Naqvi’s ambitious novel — its fine sentences, its joyous celebration of a syncretic history — falters on the Cossack’s breathless wanderings. What remains, though, is a splendid vision of rowdy Currachee nights, where “the breeze is cool and salty like lassi” and “the stars are spilled sugar across the sky.”