Tiwary said, “Sushil Modi’s role had become less of BJP’s and more of Nitish Kumar’s associate. I think that’s why BJP cut him off this time. He wasn’t allowing other BJP leaders to rise. He used to speak on all topics daily and couldn’t live without appearing in newspapers/TV,” said the RJD leader, who represented Rajya Sabha on JD(U) ticket but later defected to RJD.

Sushil Modi was dropped from Nitish Kumar-led NDA cabinet which was sworn-in on Monday and his place as deputy chief minister was taken by Tarkishore Prasad, a four-time MLA from Katihar.

Tiwary, however, quickly clarified that “Modi is like a younger brother and he does not have any animosity with the BJP leader. However, in my opinion, Sushil Kumar Modi’s personality used to reflect a lack of depth and this is the reason why BJP leadership did not give him a post in the state cabinet this time,” said Tiwary.

After the swearing-in ceremony, chief minister Nitish Kumar sought to steer clear of the speculations around his former deputy and said, “This is the BJP’s decision. You should pose your questions to the BJP leadership”.

NDA secured a majority in the election to the 243-member Bihar Assembly by winning 125 seats, out of which, BJP won 74 and the JD(U) won 43 seats.

Tiwary, considered an outspoken leader, had slammed Congress leader Rahul Gandhi on Sunday and accused him of spending time at leisure at his sister and Congress general secretary Priyanka Gandhi Vadra’s home at Shimla in midst of state polls and for doing only eight rallies throughout the three-week long poll campaign for the three phase election, which concluded on November 7.

The Congress won only 19 out of the 70 seats it contested, which has led to murmurs within the RJD led grand alliance (GA) that the coalition lost out to the ruling NDA by a slender margin due to the grand old party’s low strike rate.

“Rahul Gandhi is much younger than Prime Minister Narendra Modi. But, Modi did more rallies than Gandhi. The Congress took as many as 70 seats in seat sharing but did not do even 70 rallies. The party’s effort in the polls was not commensurate to the number of seats it contested in Bihar this time. Gandhi was picnicking at his sister’s place in Shimla when elections were on. Is this the way a party is run? The Congress’s non-serious approach in running the party only gives room for allegations that the national party is only helping the BJP,” he said.

Congress national general secretary Tariq Anwar, who had called for “deep introspection” following the party’s abysmal performance in the Bihar polls, defended Rahul Gandhi. “First of all, Shivanand Tiwari is not an authorised spokesperson for the RJD. Also, he should realise that Congress is a national party while the RJD is a regional entity. The leader of a national party cannot be expected to devote time to a state election like a regional leader would,” he had said in defence. 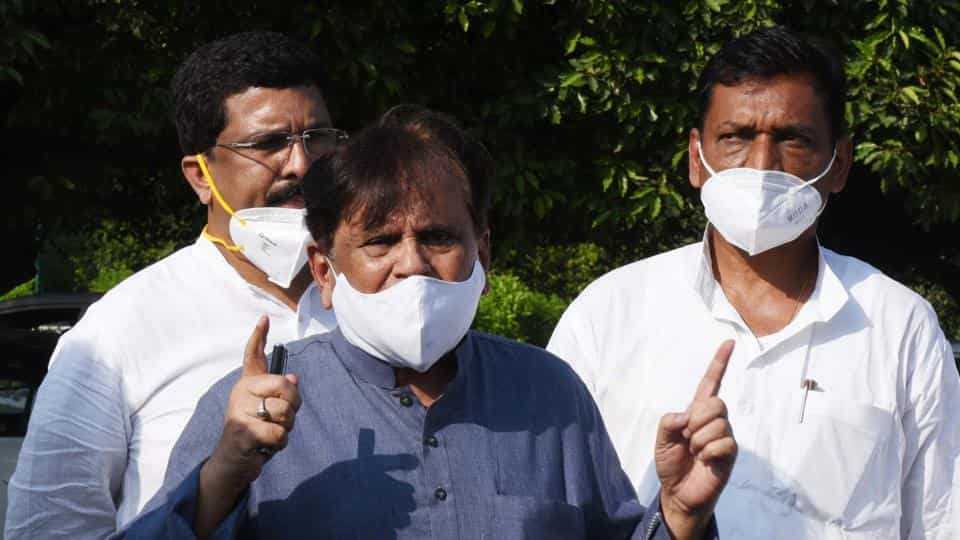