In his ongoing solo titled "Social Distancing", Raju Baraiya explores connects between the rural and the urban Artist Raju Baraiya was in Baroda when the nationwide lockdown was first announced in March 2020. In a few weeks, he felt unsettled looking at the images and news reports of migrants walking to their villages. Some of them, he also knew.

“Many people from my village Amreli (Gujarat) were travelling back from Surat, and I was concerned,” he says. While they continued to be in his thoughts, he also decided to paint their plight on his canvases. “For me, they were heroes who were battling odds,” he adds, introducing them as the protagonists of his mixed media work titled India Heroes. 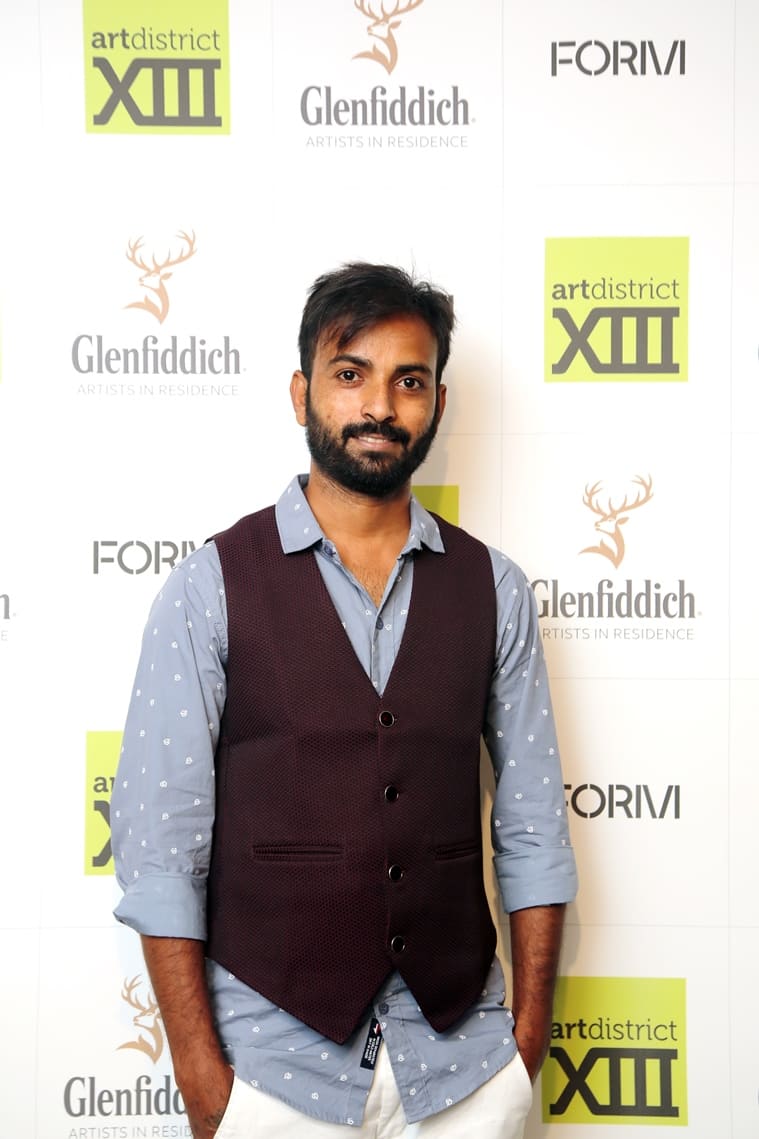 It is one of the several works that are part of the exhibition titled “Social Distancing” at Delhi’s Art District XIII gallery. “One can easily find rural traits in people migrating to cities for various reasons. This rural character remains intrinsic and contradicts the urban. My inspiration comes from observing, correlating the rural, the urban and vice versa. The continuous push and pull between the rural and urban makes me wonder and trigger the visual intrigue,” says Baraiya, 33.

An alumni of MS University, Baroda, Baraiya won the Glenfiddich ‘Emerging Artist of the Year 2019’, and months before Covid-19 turned into a global pandemic, he was on a three-month residency at the Glenfiddich distillery in Scotland. “It was a wonderful and learning experience,” says the artist, recalling how he used varied material for his works in Scotland – including the stones used for constructing roofs in some of the homes and the lid of whiskey drums. 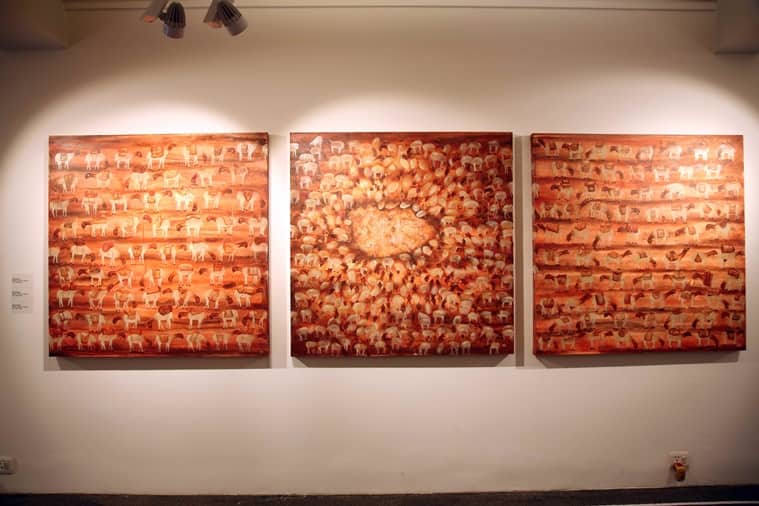 While the showcase in Delhi includes some of those works, several others are an outcome of his observations during the last year. If Remind me of my childhood draws parallels between the circles in a game of hopscotch and the ones marked for social distancing now, in Dark Age, animals are made to wear masks. The series “Social Gathering” features hundreds of migrants who come to cities in search of work. “I find my effort of locating myself in my paintings as a very synonymous act. There is a constant struggle to redefine and relocate the self in the painting through marks, gestures and superimposing images,” says the artist.

The exhibition is on till October 16.