In 1998, a young puppeteer called Basil Twist was walking down a pavement in New York, when he chanced upon an aquarium someone had discarded. It got him wondering about what a puppet show would look like underwater, where objects move not just because you push and pull at them, but because of the flow of the liquid itself.

He ended up creating Symphonie Fantastique, a little off-off-Broadway show set in a huge fish tank, which used an orchestral work from 1830 to tell the story of a young musician driven mad with visions of his fantasy woman. Twist’s twist: there were no puppets or even human figures. The ‘woman’ was merely a scrap of white fabric, cleverly swished around to create shifting shapes that hinted at a human form. The rest of the ‘cast’? Feathers, pinwheels, exploding dyes, fishing lures, purple tinsel and glitter that danced, unfurled and floated to tell the story.

For those who thought puppetry stopped with the yodelling Lonely Goatherd bit from The Sound of Music, Sesame Street muppets and kathputli souvenirs, Twist’s YouTube clips are a revelation. The master-puppeteer — he’s tinkered with the medium for seemingly all of his 51 years — has also created his own puppet. Stick Man is controlled by 16 strings (at the tailbone, temples, shoulders, and upper torso). Twist can get him to curl up in depression, hang his face in disappointment. “He only does what he feels like doing,” says Twist in one video, entirely serious.

You’ve probably seen his work without realising it. Alfonso Cuarón caught a show of Symphonie Fantastique when he was still hustling to be a filmmaker. And decades later when he was asked to direct Harry Potter and the Prisoner of Azkaban, he knew he needed more than CGI to create those menacing Dementors. He called on Twist for some real magic — those slow-moving bony hands and floaty figures in the film? They were built from underwater puppet prototypes. Watch Twist’s videos online and you’ll start to see some eerie similarities. 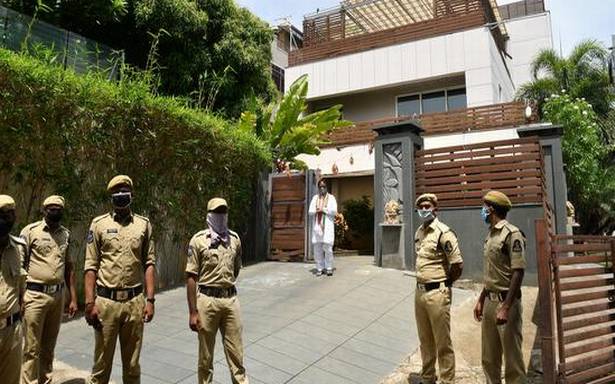