These books have been chosen from the longlist which consisted 15 books. The prize is in its ninth year. 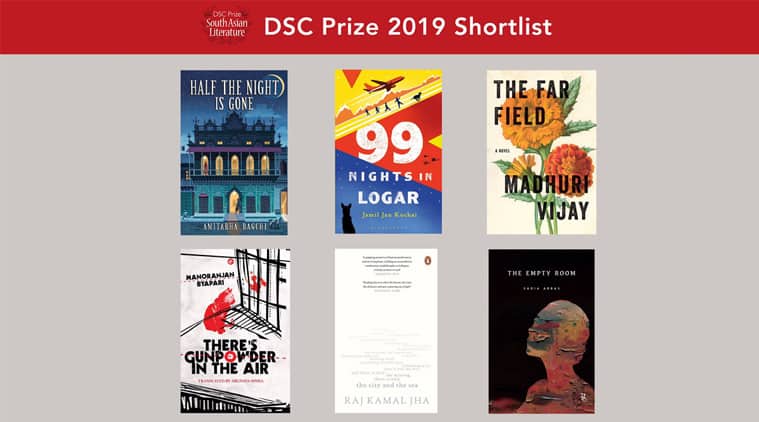 The shortlist for DSC Prize for South Asian Literature is out. And the six books include: The Far Field by Madhuri Vijay, which also won the JCB Prize for Literature; The City and the Sea by Raj Kamal Jha; Half the Night is Gone by Amitav Bagchi; There’s Gunpowder in the Air by Manoranjan Byapari (Translated by Arunava Sinha); The Empty Room by Sadia Abbas and 99 Nights in Logar by Jamil Jan Kochai.

These books have been chosen from the longlist which consisted 15 books. The prize is in its ninth year.

On the announcement of the longlist, Harish Trivedi, chair of the jury had said, “We read 90 novels at the average rate of one a day — an exhilarating, enlightening and humbling experience. Some of the novels we read narrated the nation. Some others explored individual subjectivities and yet aligned them to a broader social and political reality. Some grabbed us by the throat not so much for what they were saying but for how they said it. Many were set in multiple time-spans and international locations”.

“The five of us jurors, located in five different countries, have eventually arrived at this long list of 15, which is diverse and inclusive both intrinsically and by design. Thus, we have here seven women, three works of translation, writers of Indian, Pakistani, Bangladeshi, Afghan and Sri Lankan origin, and, for good measure, one American writer with no ethnic connection to South Asia whatsoever. Apparently, South Asia is to be found all over the globe and comes in all colours and complexions,” Trivedi had added.

The winner of the DSC Prize 2019 will be announced at the IME Nepal Literature Festival in Nepal.