This is the first-ever in the history of the university that students are being asked to write their names. Why were University roll numbers not enough? Students fear victimisation, said the academic council member. 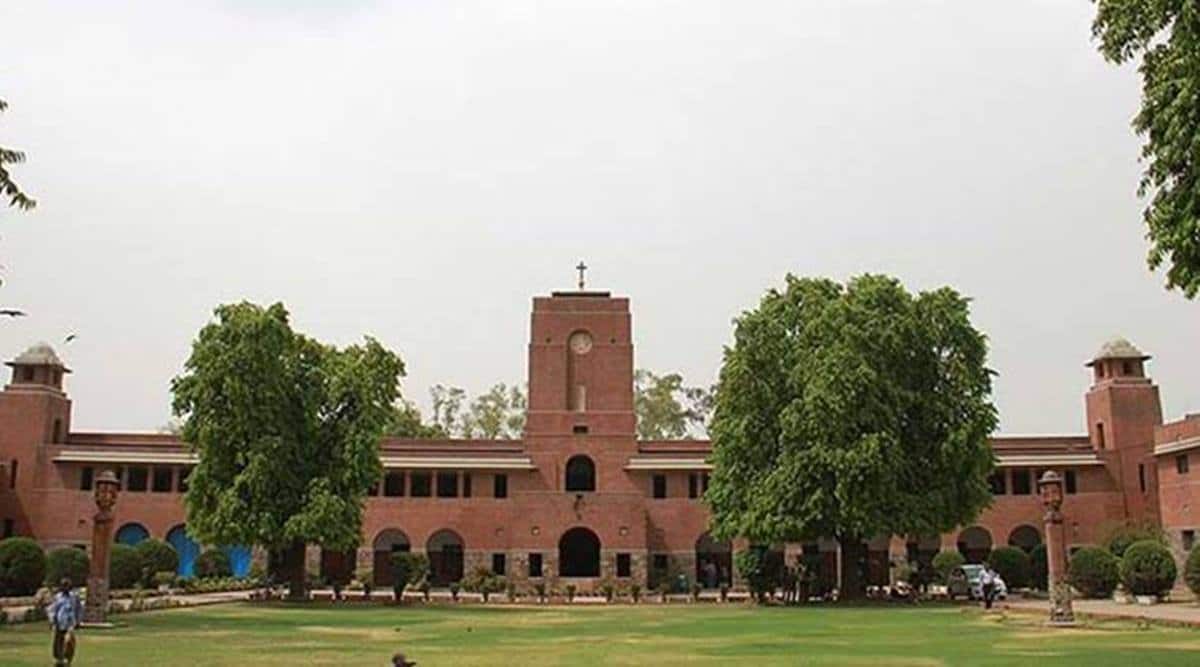 Technical glitches continued on the second day of Delhi University’s (DU) online open-book exams (OBE) for final-year or semester students, with several alleging that the exam portal crashed in the afternoon, just minutes before students were supposed to submit their answer papers. For students of Sanskrit (Hons), two question papers allegedly downloaded at the same time.

Issues of secrecy were also raised with students required to write their names in the email body, in case they submitted answer sheets on email and not the portal – an option many had to choose due to technical errors. Several anxious students who were not sure about what to do due to the failed upload also ended up sending their answer sheets to the nodal officers assigned for their college, again raising issues of confidentiality.

“This is the first-ever in the history of the university that students are being asked to write their names. Why were University roll numbers not enough? Students fear victimisation. They are nervous about sharing their experiences in the public domain. Parents are equally worried,” said Former Academic Council member Abha Dev Habib.

Kumar Ashutosh, nodal officer of College of Vocational Studies said he received “more than 200 calls and answer sheets today”. “This is a serious threat to secrecy. Students are in a panic because the system has failed,” he said.

Around 32,000 students sat for the exam on Tuesday. On Monday, around 35,000 students had sat for their exams and had reported a slew of problems. The most common problem – of not being able to upload scans of their answer sheets on the exam portal – continued to remain the dominant issue on Tuesday.

A BCom (Hons) student of Shri Ram College of Commerce said when he was in the process of submitting his answer sheet, the website crashed and showed a server error. This happened around 3.15 pm, just 15 minutes before the submission deadline, forcing him to send the answer sheet by email.

Similarly, an English (Hons) student from St Stephen’s College said, “While I was trying to upload my answer, the website crashed completely, and I tried to refresh it several times but to no avail. I kept thinking there was something wrong with my internet connection but then I saw all my classmates panicking on the class group so it was clear that DU’s website had crashed. I somehow sent an email at the literal last minute. All my classmates had the same harrowing experience. We’re all shaken and anxious.”

Even those who did not experience a crash in the server said the uploading process was futile. “I tried to upload my scans for an hour but it just kept failing. This was despite the fact that my file size was not exceeding the limit. Finally, realising I have only minutes left for submission, I somehow converted the image files into PDF and sent an email,” said a Political Science (Hons) student from Shaheed Bhagat Singh College.

Students of Sanskrit (Hons) said two question papers of different subjects got downloaded at the same time. “I had my Art of Balanced Living paper at 11:30 am, but when I opened the portal, another paper – Fundamentals of Ayurveda – which is to be held on August 19, also got downloaded on its own and the timer started running on both. It happened to other classmates of mine too. I was confused and worried about what to do, but ended up only attempting the former paper,” said a student of Moti Lal Nehru College.

Dean Examinations Vinay Gupta did not respond to calls and texts.