Made famous by the bestsellers of Dan Brown, like 'The Da Vinci Code', the Freemasons society commands a huge global membership. 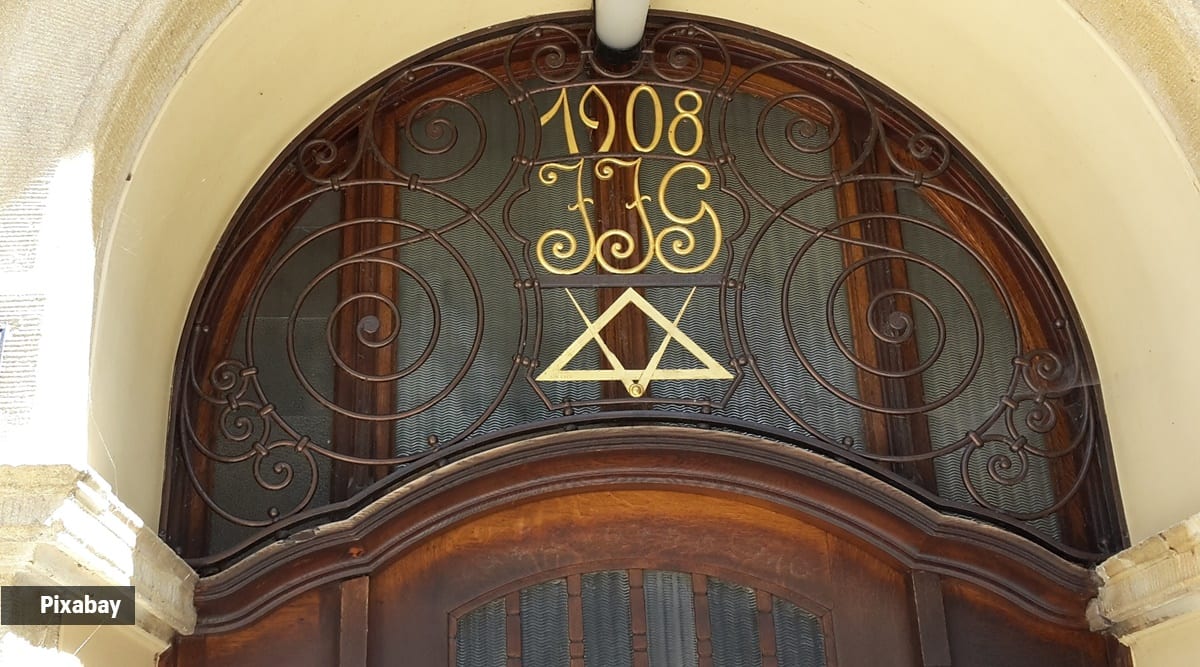 A handsome British-era building with a red-brick exterior bearing a huge interlaced ‘Square and Compass’ emblem on top, sits in the heart of Lutyens’ Delhi, where an exclusive group of ‘brothers’ linked to a centuries-old esoteric society periodically gather to perform secret rituals of an ancient order.

Known as Freemasons, they belong to Freemasonry, an old fraternity that is said to trace its origin to King Solomon’s times. It owes its origin in the late 16th to 17th century in Scotland and England, and came to India through the East India Company in the early 18th century.

The Freemason’s Hall, also referred to as Masonic Lodge or Masonic Temple, in Delhi is located on a sprawling campus on Janpath (earlier Queensway), near the iconic Connaught Place. The nearly 90-year-old property is owned by the Masonic Fraternity of New Delhi, a non-profit organisation.

The foundation of the grand building was laid on April 4, 1935 by the then Viceroy of India Lord Willingdon, soon after the new capital was built by legendary architect Sir Edwin Landseer Lutyens and Sir Herbert Baker.

However, the iconic double-storey masonic hall, embedded with arcane symbolism, in the heart of the national capital was built neither by Lutyens or Baker or even Robert Torr Russell, who designed the Connaught Place — named after the Duke of Connaught, who was also a Mason.

The striking building, whose interior chambers house a grand masonic temple on the first floor, where members of the fraternity in shining regalia have been gathering since the 1930s to perform elaborate and arcane rituals involving a checkered-board floor and a ‘Grand Master’, was designed by architect F B Blomfield, who was also a Freemason.

It was opened in February 24, 1936 by the then Maharaja of Patiala, according to a volume ‘Freemasonry in India’, published in 1991. Panels representing sun and moon, which stand for enlightenment in the Freemasonry, flank the dominant masonic symbol of Square and Compass on top of its facade.

Blomfield’s black and white portrait photograph, showing him in masonic regalia is proudly hung in the entrance lobby of the Hall, that also has framed pictures of several other key personalities associated with Freemasonry in Delhi, which included chiefs of many erstwhile princely states.

According to the book ‘I Look Back: An Appreciation of Freemasonry in Delhi’ by P M Sundaram, a Mason too, Blomfield was a member of the Lodge Imperial, No 1163 SC (Scottish Constitution), and had “offered to donate half of his fees to the building fund”.

He was initiated into Freemasonry in Lodge Imperial on August 23, 1932, it says.

After Independence, the Freemasonry system in India was reorganised.

“The consecration of GLI took place 60 years ago on November 24, 1961. We have lined up a number of events for the next one year. A coffee table book, charting the history, heritage and masonic activities done so far, has also been put together to mark the diamond jubilee,” he told PTI.

Made famous by the bestsellers of Dan Brown, like ‘The Da Vinci Code’, the Freemasons society commands a huge global membership.

They are one of the world’s oldest secretive societies whose members included Motilal Nehru, Swami Vivekananda, J R D Tata, King George VI and George Washington, among others. Masonic temples and lodges are specimens of grand architecture and their arcane rituals have inspired much curiosity and at times, dark intrigue.

Grand Lodge of India (GLI), more formally called ‘Grand Lodge of Antient, Free and Accepted Masons of India’, the apex body of Freemasons in the country, and several other lodges of Delhi-NCR are housed in the premises of the Masonic Hall on Janpath.

Chartered Accountant Anish Kumar Sharma, 72, Regional Grand Master of Regional Grand Lodge of North India (RGLNI), who will be installed as the next Grand Master of GLI on November 27, said, the land for building the Hall was acquired in 1920s on the Queensway (now Janpath), spanning about three acres, and from royals to commoners, many donated funds for the building.

At present, besides the old Freemasons Hall, the campus has General Williams Masonic Polyclinic, Fraternity Club and various administrative offices. GLI headquarters is housed in an annexe building whose foundation was laid in 1971.

“But, we also used to have a tennis court on the back side. Around mid-1970s, land was acquired to extended Tolstoy Road till Jantar Mantar Road. Till that road was built, our campus and Imperial Hotel campus shared a common boundary,” Sharma told PTI.

Imperial Hotel, considered the most luxurious address of Lutyens’ Delhi, was inaugurated by then Viceroy Lord Willingdon in 1936.

GLI’s Grand Secretary Bakshi said while the New Delhi’s Freemasons Hall is very iconic in its design, the oldest existing lodge in Delhi is Lodge Jumna, No 18 at Qudsiya Bagh in old Delhi, which was consecrated in 1872.

Ajay Mehta, architect by profession and a Mason who holds the position of Assistant Regional Grand Master of the RGLNI, said, “If you notice the foundation stone is placed at the northeast position, and in Freemasonry, these details matter”.