Indian Express photographers captured the essence of the last day, Dashami, earlier today, and brought to you the mood of the people from various corners of the country 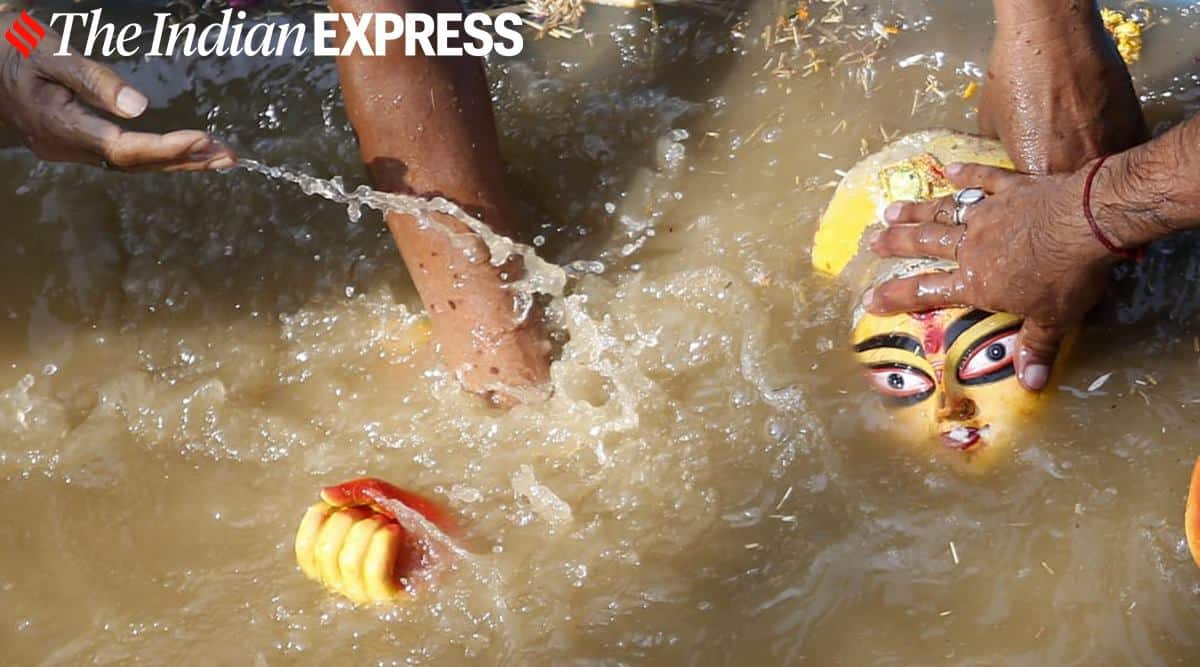 After almost a week-long celebration, the festival of Durga Puja has come to an end. Most places in India have bid the Goddess adieu by immersing her idol — along with that of her children — in small water bodies everywhere.

It is a bitter-sweet moment for devotees, because while there is a separation pang, after having spent days and nights worshipping Durga and taking part in many different puja rituals, there is also the belief that she will return next year, and the festivities will happen again.

In keeping with this belief, Indian Express photographers captured the essence of the last day Dashami earlier today, and brought to you the mood of the people from various corners of the country, as they followed tradition and participated in the immersion and other such rituals. Take a look. 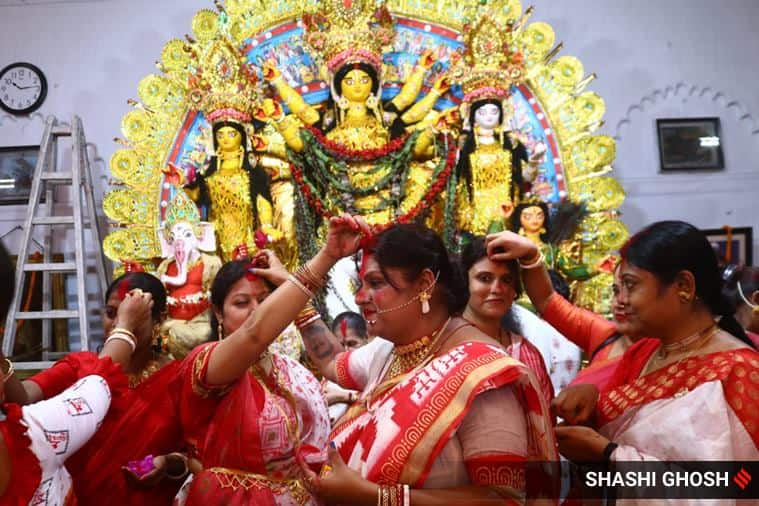 On this day, people belonging to the Bengali community, mainly married women and those who are eligible, take part in something called sindoor-khela, which happens during ‘Maa Boron‘. Maa Boron traditionally means prepping the Goddess for her journey back to Mount Kailash. It is believed she was here on Earth for a few days, so as to spend time at her parents’ house, before her return to her husband Lord Shiva, who resides high up in the mountains. During sindoor khela, married women greet and smear some vermillion on Goddess Durga, and on themselves, praying for the health and prosperity of their families. They dance in merriment and sing songs, as they emotionally part ways with the Goddess who, it is believed, returns every year around this time. 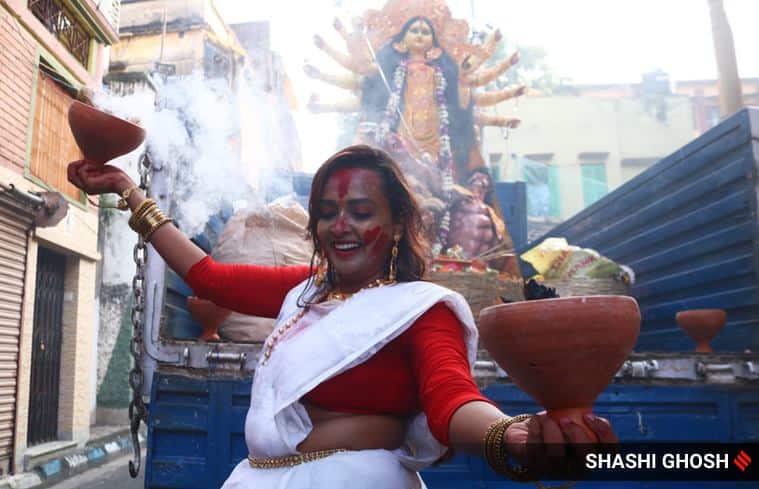 This is precisely when women in the Bengali community wear white sarees with red borders, which are traditionally worn by married women. Nowadays, the ritual has become quite inclusive, because it — as mentioned earlier — encourages the participation of unmarried women and men, widows, married men, etc. Next, the idol is taken to a water body, where it is immersed. Hindus believe that it is a symbolic gesture of ensuring safe transit of gods to heaven. This is the last and final of all rituals. After this, people return home and wait for another year for Goddess Durga to bless with her presence.

Bengalis usually chant ‘Aashche bochhor aabar hobey‘, which means ‘Come next year, we will celebrate again’, as they immerse the idols.