Punit Debnath scored 462 marks out of 500 (92.4 per cent) with distinction in English, Physics, Chemistry, Mathematics and Biology. Son of a deed-writer, fought poverty to be among TSBIE toppers. 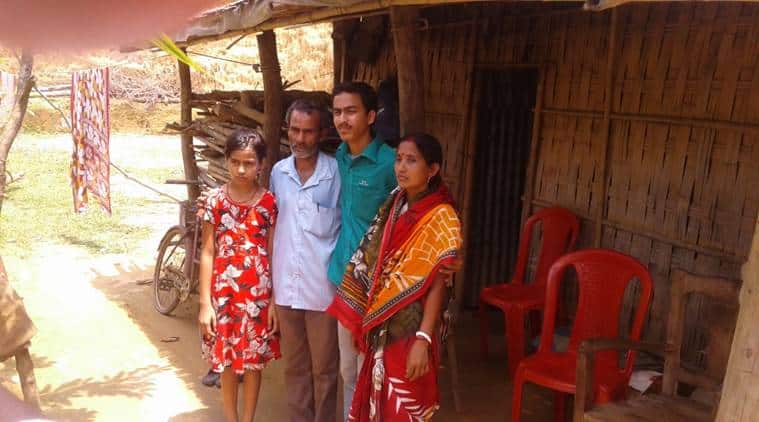 Punit Debnath, hailing from Kanchanpur district of North Tripura, has emerged as one of the toppers in the recently announced Higher Secondary (HS) result of the Tripura Board of Secondary Education (TBSE). With 462 marks out of 500 (92.4 per cent), Debnath is among the top 10 rank holders. Hailing from an economically backward family, he had to face many odds to reach the feat. Debnath and his family of four live in a thatched hut which runs on a meagre income of Punit’s father Surendra Debnath. The father works as a deed writer at Kanchanpur sub-divisional magistrate’s office.

Even though the family struggles to make ends meet, they enrolled Punit from Kanchanpur to Dharmanagar, which is the headquarters of North Tripura district – with the aim of better education. As a result, he is among the top scorers with letter of distinction in English, Physics, Chemistry, Mathematics and Biology. A brilliant student all through schooling, Punit had also got 87.42 per cent marks in his Madhyamik (matriculate) exam.

With schooling behind him, Punit now wants to pursue research and wants to pick Physics as his field. “I want to work on studies related to the matter, time etc. I want to become like Subrahmanyan Chandrasekhar, Albert Einstein or Stephen Hawking. I want to do something in life”, he said.

He credited his parents and teachers with all his success. “My parents and my teachers are the reasons behind my success. I want to thank all of them for supporting me through thick and thin,” he said.

This is the first time a student from Chandrapur Government Higher Secondary School has secured a position among top 10 in any of the disciplines in board examination results.

Speaking to indianexpress.com, Punit’s father Surendra Debnath said, “My son has secured a very good result and made us proud. But I could not do much for him. I am a deed writer and try to run my family with a meager income. We decided to send Punit to Dharmanagar for studies since we were told there are much better resources and coaching opportunities there.”

Surendra said he earns only a few thousand rupees a month from deed writing and earmarking Rs. 2,000 per month for his son’s stay, food and studies at Dharmanagar was no mean task for him.

He informed that none of Punit’s teachers who taught him in private tuition charged any fee. Punit’s younger sister Snigdha Debnath is now studying in class six.

Ripan Chakraborty, Headmaster of Punit’s school, said, “He comes from a very poor family. The boy is brilliant. He would come to teachers to get doubts cleared during off period or lunch breaks. He is a very good student and has a humble demeanour.  This is the first time a student from our school has secured a position in the board results”, he said.

A total of 27,200 students appeared in Higher Secondary examinations under the Tripura Board of Secondary Education (TBSE) this year across 59 centers and 81 venues spread across eight districts of the state. Among them, 3,358 students appeared from Science discipline and 2,981 of them passed with 88.95 per cent pass rate. The pass rate is four per cent higher this year compared to 2018 Higher Secondary science results.