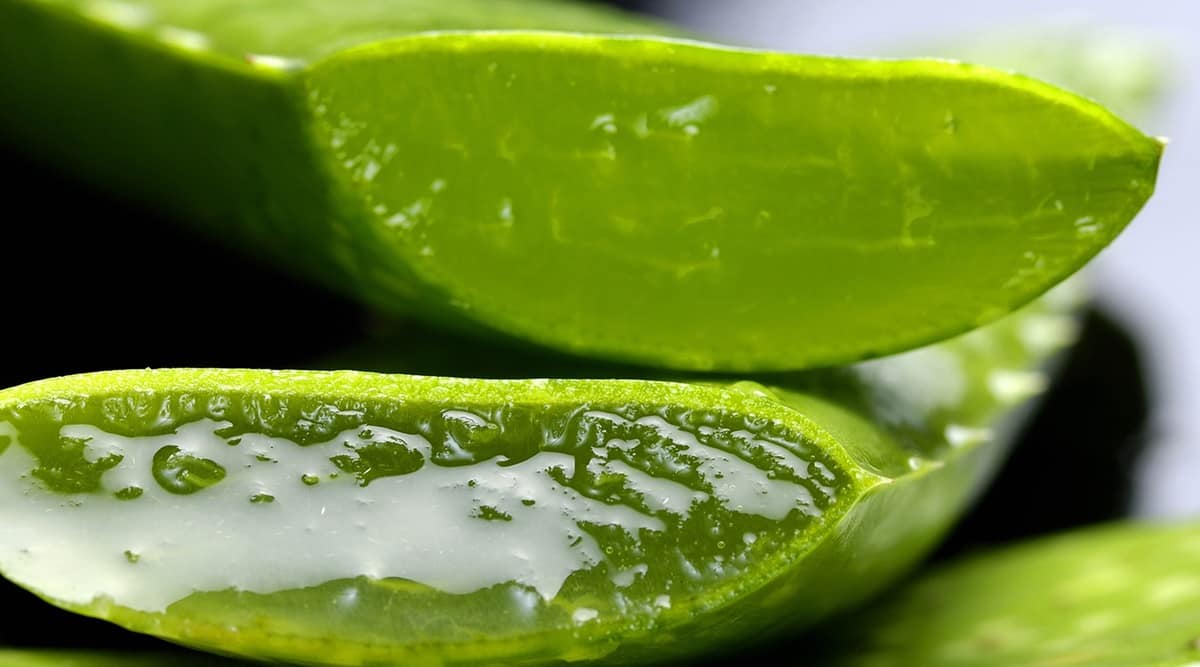 As ongoing heat waves extend beach weather for many in the United States, you may find yourself sporting a bad sunburn. And perhaps, you might head to your local drugstore to pick up a bottle of aloe to soothe it.

The aloe vera plant (also called Aloe barbadensis) is a cactus-like succulent that grows in hot, dry places. For thousands of years, people have been extracting the gel from its long, spiky leaves and using it as a salve for a variety of ailments, such as burns, abrasions, skin sores and more. The gel, which is mainly water, contains dozens of vitamins, enzymes, amino acids and other compounds that may have various medicinal effects.

But while the global aloe vera gel market reached about $625 million in 2020 and is expected to grow in the coming years, the potions found in drugstores have had their fair share of controversy. In July, testing revealed that some CVS-brand aloe products were contaminated with benzene, a carcinogenic substance. And earlier testing found that some aloe products, found in retail stores and online, didn’t contain any aloe at all. That, paired with little solid data on how well aloe works to soothe a bad burn, as well as limited federal regulation on what’s in over-the-counter products, has led some to wonder if they should seek it out.

Here’s what we know.

Will aloe help a sunburn?

It might, but the evidence is spotty. In 2012, Oliver Grundmann, a pharmaceutical chemist at the University of Florida’s College of Pharmacy, conducted a review of 18 clinical trials on the use of aloe for a variety of conditions — burns, genital herpes, dandruff, psoriasis — and found some evidence that it might have anti-inflammatory effects when used on a sunburn.

In one randomized trial of 40 people published in 2008, for example, researchers exposed the lower backs of participants with ultraviolet rays and treated the resulting redness with four different substances — a 97.5-percent aloe vera gel, a 1-percent hydrocortisone gel, a 1-percent hydrocortisone cream and a placebo gel (with nothing in it). After 48 hours under a bandage, the aloe gel seemed to be more effective at reducing skin redness than the hydrocortisone gel, but less effective than the hydrocortisone cream (which stays on the skin longer and is easier to absorb than a gel).

Other studies have found that people with first- and second-degree burns may heal faster with aloe than they would with other types of treatments like topical antibiotics. And though animals aren’t humans, some rodent studies have found promising results. In one published in June, researchers used a hot iron bar to induce second-degree burns on a small area on the backs of anesthetized rats and found that, compared with stem-cell injections, aloe gel shortened the time it took for the burns to heal. Another rat study from 2014 showed reduced inflammation with aloe treatment on induced UV burns.

Not all studies have shown benefits, though. One small one from 2005, for example, found that applying aloe vera cream to the UV-induced burns of 20 people twice a day for three weeks was not effective at healing the burn.

Aloe falls into the category of treatments that has some evidence to back it up, but not a ton, said Dr. Laura Ferris, a dermatologist at the University of Pittsburgh and a fellow of the American Academy of Dermatology. “I think it is fair to recommend with the caveat that it will help cool the skin and there is a chance it may expedite healing,” she said. “But we don’t have the type of large, rigorous studies we rely upon in medicine to be able to quantify the benefit or to recommend a specific product.”

What does this mean for the aloe products I find in drugstores?

In research studies, scientists typically use gels and creams that have precise concentrations of aloe, Dr. Ferris said. But because over-the-counter aloe products are considered cosmetics, they aren’t strictly regulated by the Food and Drug Administration and are not standardized in this way. So the quality of what you get can vary, and the benefits found in research studies may not directly apply to the aloe products you can find online or in drugstores.

And, the products you buy are not guaranteed to contain any aloe at all. In 2016, for instance, Bloomberg published the findings of an investigation into four store-brand aloe gels sold by Walmart, Target, CVS and Walgreens. After laboratory tests looked for three chemical markers of aloe — acemannan, malic acid and glucose — they found that three of the four products tested (from Walmart, Target and CVS) contained no evidence of aloe. One product, sold by Walgreens, had a single marker for aloe, malic acid, but experts said it wasn’t enough to prove aloe’s presence. The testing did identify an ingredient called maltodextrin, a moisturizing plant-based sugar that is sometimes used as a cheaper alternative to aloe, in the Walmart, Target and CVS products.

Similarly, a 2015 study commissioned by ConsumerLab.com, found aloe in only half of 10 aloe pills, gels and drinks that it tested. “Some were very good, and some had virtually none of the aloe compounds,” said Dr. Tod Cooperman, the president and founder of ConsumerLab.com.

Recent testing has also found that some aloe products were contaminated with harmful substances. In July, CVS paused the sale of two aloe vera products (the CVS Health After Sun Aloe Vera and the CVS Health After Sun Aloe Vera Spray) after testing revealed low levels of benzene, a known carcinogen that has recently also been found in some spray sunscreens. When inhaled, benzene has been found to cause leukemia and other types of cancers, though few studies have examined exactly how harmful it is when applied to the skin.

“We are committed to ensuring the products we offer are safe, work as intended, comply with regulations and satisfy customers,” a spokesman for CVS said via email.

Yikes. So is aloe safe to use? And should I buy it?

Unless you have a skin sensitivity, aloe vera gel is generally safe to use on the skin. And while it’s unclear how common contamination with something like benzene is, it’s probably pretty rare, Dr. Ferris said.

The biggest potential downside for sunburned skin, in most cases, is that a product won’t help if there’s not actually aloe in it. “There is some data that it works,” Dr. Ferris said. “You just need to make sure you have real aloe.”

Unfortunately, without regulation or an at-home testing lab, you won’t know for sure. The ingredients list could offer some clues, said Dr. Anne Chapas, a dermatologist in New York City and a fellow of the American Academy of Dermatology. Aloe vera should be listed as one of the first three items, she said, suggesting that it’s one of the primary components.

Looking for Latin names, like Aloe vera or Aloe barbadensis, on the list, can also help verify that an aloe product is real, Dr. Grundmann said. Just avoid any products that say they include Aloe ferox, a different plant species that is smaller, grows faster and is cheaper to use than aloe, but is less well studied, has different medicinal properties and does not work for sunburn.

Some, but not all, products might list the concentrations of its active ingredients. Dr. Grundmann suggested looking for a 95 percent pure aloe vera gel, though Dr. Ferris cautioned against putting too much trust in percentages listed on labels.

“There are many products that say 100 percent, but the wording can be deceptive,” she said. “Some say 100-percent aloe, but also contain other ingredients, meaning they are not 100-percent aloe. Others say 100-percent gel, but not that 100 percent of what is in that gel is aloe.” Because of this lack of standardization in concentrations, she said, it’s tough to recommend a specific percentage to look out for.

What other methods can I use to relieve a sunburn?

Frequent cool baths or showers can help relieve the discomfort of a sunburn, according to the American Academy of Dermatology. Applying a heavy, emollient moisturizing cream can protect and hydrate the skin, said Dr. Chapas. Drinking extra water can also help prevent dehydration, and pain meds like aspirin or ibuprofen can reduce swelling, redness or discomfort.

Short-term use of corticosteroid creams may also provide relief for itchy, inflamed skin, Dr. Grundmann said. (Keeping the cream in the refrigerator can add a cooling effect, he added.) And always make sure to protect sunburned skin from further sun exposure while it heals.

However, the most effective strategy of all, experts agreed, is to avoid needing aloe in the first place. “The best thing is to avoid a sunburn,” Dr. Grundmann said. “That’s always my first recommendation.”