A Defence Security Corps (DSC) jawan posted at an ordinance factory in Katni district of Madhya Pradesh, who had allegedly shot dead a junior commissioned officer (JCO) on Saturday, surrendered before the police on Monday morning after hiding on the factory premises for about 39 hours.

“The accused, Shakar Singh, 55, a resident of Bageshwar, Uttarakhand, shot dead JCO Ashok Shikara, 45, a resident of Ladwara village of Rohtak, Haryana, after an argument during the routine evening parade on the factory premises on Saturday. Shikara died on the spot. Later, the accused fired at least five more rounds in the air and threatened the factory personnel not to come in his way. He had been hiding in the factory for the past 39 hours,” said Katni superintendent of police Lalit Shakyawar.

“He was hiding with an INSAS rifle and several live cartridges and also threatening to end his life. Army and police both launched a joint operation to pursue him to surrender without harming himself or others,” said Shakyawar.

“As he was available over the phone, the DSC lieutenant colonel connected him with his family to convince him to surrender. Throughout the night, we kept requesting him, with the help of a public announcement system, to surrender. He surrendered with his rifle at 10 am today,” said the SP.

According to the police officer, Singh was upset over Shikara’s behaviour. “There was some communication gap over approval of his leave application for his daughter’s marriage, which will be held in November. Singh claims that Shikara did not approve his leave but the DSC officer has denied this claim,” said the SP. 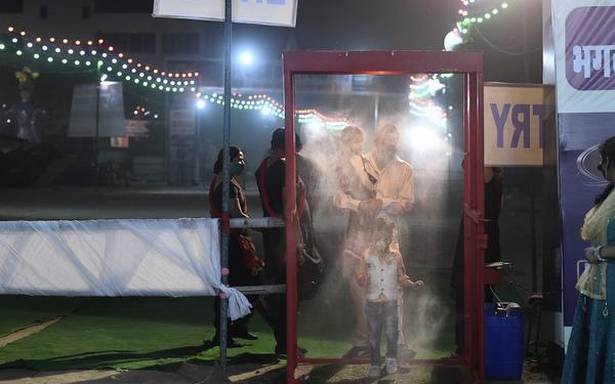