There is always immense focus on the personal life of celebs. We have read reports of how Prabhudheva is apparently planning to marry his niece in the coming months. The choreographer-filmmaker has been living in Mumbai for years now. It seems he has found love once again. Well, Prabhudheva is not the only one. Nayanthara, Amala Paul, Vishnu Vishal have also found love after coming out of choppy relationships. Here is a look…

Nayanthara – Vignesh Shivan
The ‘Lady Superstar’ of South Indian film industry, Nayanthara had a couple of failed relationships. The first one with Silambarasan (Simbu) was a rumoured one, but did not last long. It was her relationship with Prabhudheva that made it to the national headlines. They were together for four years and even planned to marry. But it ended in 2012. She took her time after that to commit to a relationship. Nayanthara began work on Naanum Rowdy Dhaan in 2015, where she met filmmaker Vignesh Shivan. Love blossomed after a strong relationship. In 2016, they indirectly confirmed their relationship. Nayanthara has said that trust is paramount for her. She has admitted that Vignesh gives her immense happiness and peace. They are headed soon for marriage as per grapevine.

Vishnu Vishal – Jwala Gutta
Ratsasan actor Vishnu Vishal married his long-time sweetheart Rajini Natraj in 2011. Their son, Aryan was born in 2017. A year later, he announced that they are legally divorced and had been living separately for a long time. It was said that his alleged flirtatious behaviour with some of his co-stars cost him his marriage. He told The Hindu, “One thing I have realised is that there are no certainties. Anything can happen anytime. The one thing I thought was pucca was my marriage. That is not there anymore. I still cannot understand what happened.” In June 2019, he shared pictures with Jwala Gutta on his social media page. Dating rumours flew thick and fast but he said they were just friends. On her birthday (September 7, 2020) he proposed to her with a ring. It seems they were serious about each other all through.

Amala Paul-Bhavninder Singh
Actress Amala Paul who is known for her power-packed performances in the movies was married to filmmaker AL Vijay. The marriage did not last long. It ended in 2017. The filmmaker’s father said that there were trust issues in the marriage. Post that, she found love in Bhavninder Singh, a singer. However, even that affair has gone kaput, if reports are to be believed. 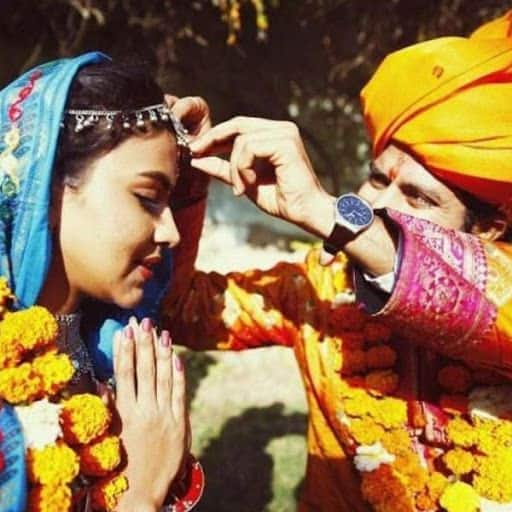 Simbu-Trisha
Of late, some rumours are doing the rounds that Silambarasan aka Simbu might be marrying Trisha in the month of December. The two share superb onscreen chemistry, and are good friends too. His parents have agreed that they are looking for a suitable bride but have dismissed such gossip. Simbu was earlier in relationships with Nayanthara and Hansika Motwani. Trisha was supposed to be dating Rana Daggubati for a long time, but they always said that they are good friends. Rana said it did not work out between them as a couple. 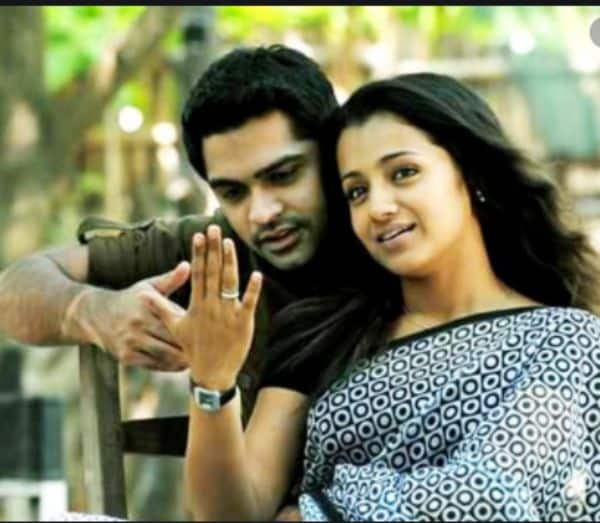 Prabhudheva
Rumours are rife that Prabhudheva is in love with his niece. Reports are saying that he might marry her soon. The name of the lady has not been disclosed so far. He is divorced from his wife, Latha since years now. His relationship with Nayanthara also went kaput.

Prakash Raj – Pony Verma
Veteran actor Prakash Raj got divorced from his wife, Lalitha Kumari in 2009. They were married in 1994. After a tragedy, his relationship soured with his wife. It led to the separation. A year later, he married choreographer Pony Verma. The actor said his wife who is 12 years younger brought romance and music in his life. They have a son, Vedanth.

Love can be a many splendored thing, and these celebs have proven it!

Not possible to work together, Suvendu Adhikari tells TMC brass

Govt will act in a prompt manner once court issues any order: Bengal Education Minister to SSC candidates