The Bharatiya Janata Party (BJP) on Tuesday welcomed new land laws announced by the Centre for the Union Territory of Jammu and Kashmir and dismissed allegations of Kashmir-centric parties that the BJP was selling out Jammu and Kashmir to outsiders.

Reacting to the claims of the Opposition, Jammu and Kashmir BJP president Ravinder Raina called it a ‘propaganda of the unholy Gupkar Alliance’.

“If people from Jammu and Kashmir can purchase land and settle in other parts of India then why cannot people from other parts settle in J&K? India is one nation and the new land laws strengthen the idea of India,” Raina said.

“J&K is an integral part of India. If a citizen of J&K can purchase land, establish businesses and live in any part of the country then why cannot a citizen of India live in J&K? Any citizen of India is entitled to live in J&K because J&K is an integral and inseparable part of India. There is nothing wrong in it,” he said, adding that Article 370 and 35-A were a stumbling block against the complete integration of Jammu and Kashmir.

“The Opposition is trying to create a controversy out of the new land laws,” he said. Former deputy chief minister Kavinder Gupta also welcomed the new land laws and said, “If we can go and settle anywhere and purchase land then why cannot they? It has strengthened our slogan of ‘one India. Earlier, when Article 370 existed, our daughters getting married to outsiders were deprived of their right to property in J&K”.

Gupta also said that the new laws will also give an impetus to the investment and business in J&K and in turn will provide employment to the youth. 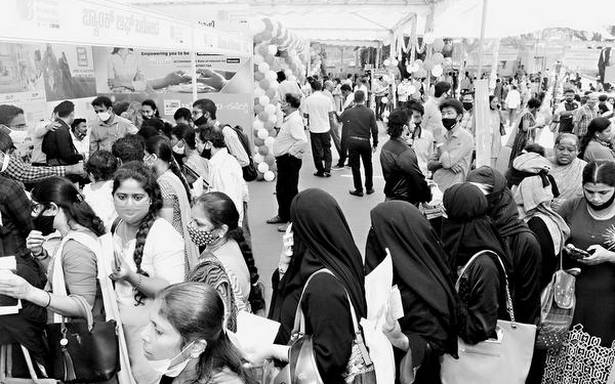