Elated with her exam result, Ansuiya said she now plans to go for graduation from Delhi University and eventually get into the Indian Administrative Services (IAS). 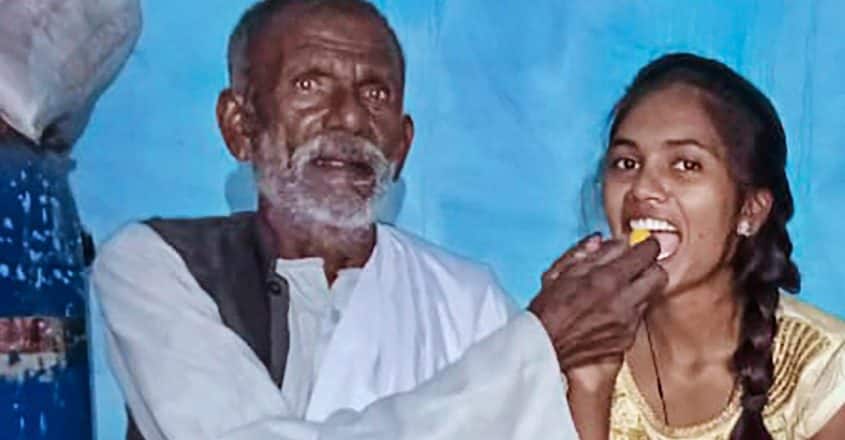 At a remote village in the backward Bundelkhand region, Rati Bai and her husband Laxmi Prasad are happy that their youngest daughter has cleared her class 12 exam but have little idea about her extraordinary feat.

Ansuiya, who hails from Badera village in Mahoba district of Uttar Pradesh, has scored 599 out of 600 marks in her class 12 exam (99.8 per cent), with a best of five scores being a perfect 100 per cent, according to her CBSE result.

“My parents are happy but they do not realise how valuable this achievement of mine is. Parents in cities value it,” Ansuiya, the first person from her family to have cleared class 12, told PTI over the phone.

“Some of the people in the village and nearby areas have also heard about my result. They are all happy but yet to comprehend the value of my result. But that is how it is,” she added, with a tinge of gloom in her voice.

She said her father is a part-time farmer and a part-time labourer while her mother is a homemaker. She has three elder brothers, one younger brother and two elder sisters.

“The elder brothers studied till class 8 after which they dropped out to support the family financially and started working as labourers. My sisters have not been to school. Only the younger brother is into studies and took his class 12 exam this year,” Ansuiya said.

The younger brother is 17 years old studied at a local state board-affiliated school in Mahoba, said the girl, who had been enrolled in VidyaGyan, a residential-boarding school in Bulandshahr district in western Uttar Pradesh.

Talking about her exam result, Ansuiya, who had scored 98.2 per cent in class 10, said, “I was nervous before the results were announced but I am excited since then. I was hoping to improve on my class 10 score but had not expected 599 out of 600.”

Besides studies, she said she was part of the school Basketball team and a music band and enjoyed painting too. She credited her boarding school, teachers and friends for the extraordinary success.

“If I had not got this platform (VidyaGyan school), life certainly would have been different.” She also expressed gratitude towards her Mahoba primary school teacher Mohan Lal, who had helped her apply in 2006 for the free of cost boarding school, an initiative of the Shiv Nadar Foundation.

“My family was supportive at the time about my getting into a boarding school as I was the only child in the family who had shown some inclination towards education,” she said.

Elated with her exam result, the girl said she now plans to go for graduation from Delhi University and eventually get into the Indian Administrative Services (IAS).

“I got an idea during school about how an IAS officer can work for the development of places like my village, which are remote and far-flung. This way, one can work at the ground level to improve society. I will prepare for the Union Public Service Commission (UPSC) to get into the IAS,” Ansuiya said. The Central Board of Secondary Education (CBSE) class 12 results were announced on Friday.