'Playhouse of Her Mind', an exhibition at Delhi's Latitude 28, dwells upon memories and metaphors to rethink the present and the future 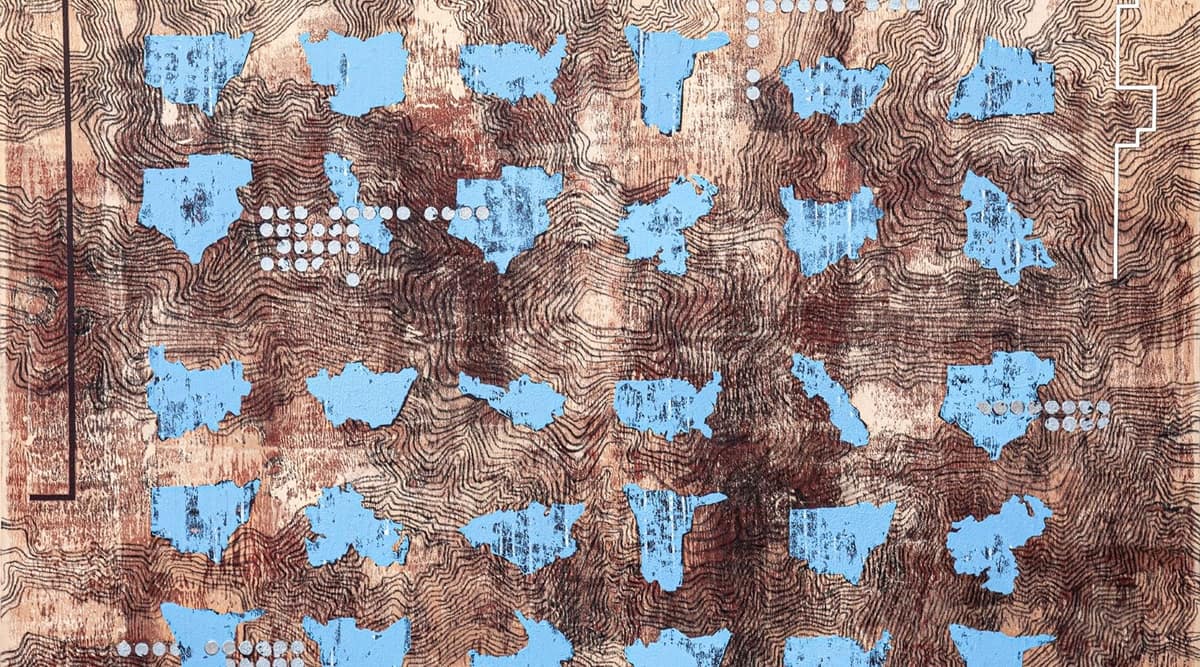 At a time when the pandemic has compelled a different approach, an exhibition titled “Playhouse of Her Mind” dwells upon memories and metaphors to rethink present-day realities and assess future possibilities. The six artists in the exhibition that is on till October 16, 2021 at Latitude 28 in Delhi explore varied mediums to discuss numerous concerns.

“In an increasingly polarised world, existing in binaries, where conscious division on the basis of identity has become the norm, this exhibition can be read in multiple ways. It is a palpable rendition of character in a feeling, a frame of mind, a visceral response; an adjective that makes tangible as metaphor, elusive ideas or the texture of a distant memory. It represents more than a physical faculty,” says Bhavna Kakar, Founder-Director, Latitude 28. The six artists discuss their work and the thought-process: Bengaluru-born, Pittsburgh-based artist Bakula Nayak’s practice is centred around collecting vintage paper, “conjuring up the lives of the people or situations they once belonged to”. Talking about her works in the exhibition, she says, “The paintings basically address the erasure of space and nature in our world. The blue and pink parts are vintage blueprint drawings of a now defunct factory — they represent human construction and consumption. They have been collaged onto my paper and then drawn upon. I am basically saying that we should move from an anthropocentric society (where everything is central to man and mankind) to a more biocentric one — where all forms of life have an intrinsic value.” 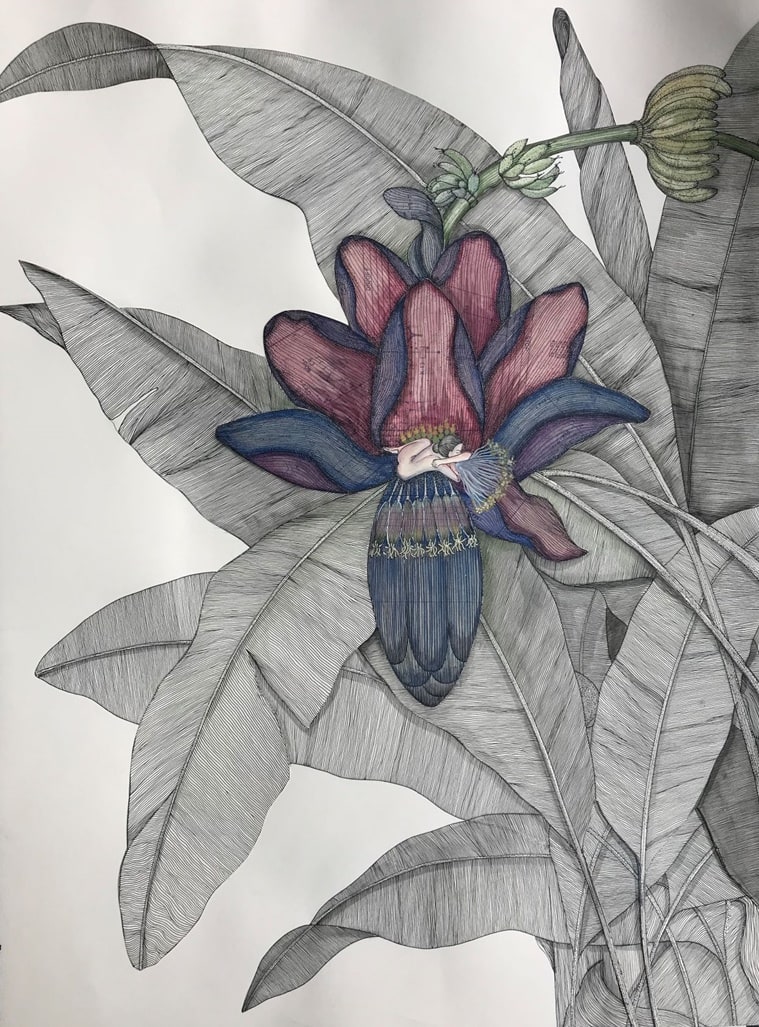 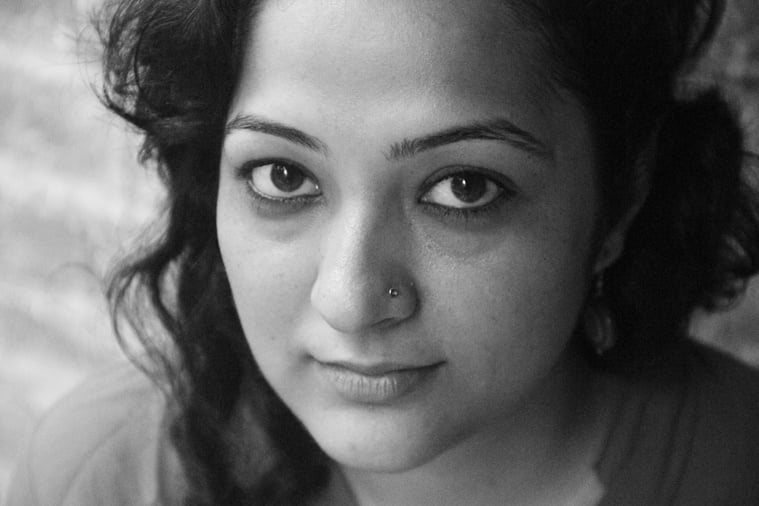 Attempting to address social and individual anxieties, the postgraduate in art from MS University, Baroda, finds inspiration in Indian miniature traditions. “The working process incorporates characteristics and implications specifically related to time, degeneration and fragmentation. The images and forms are used as metaphors that reflect the social and political concerns of my surroundings and time,” she says. 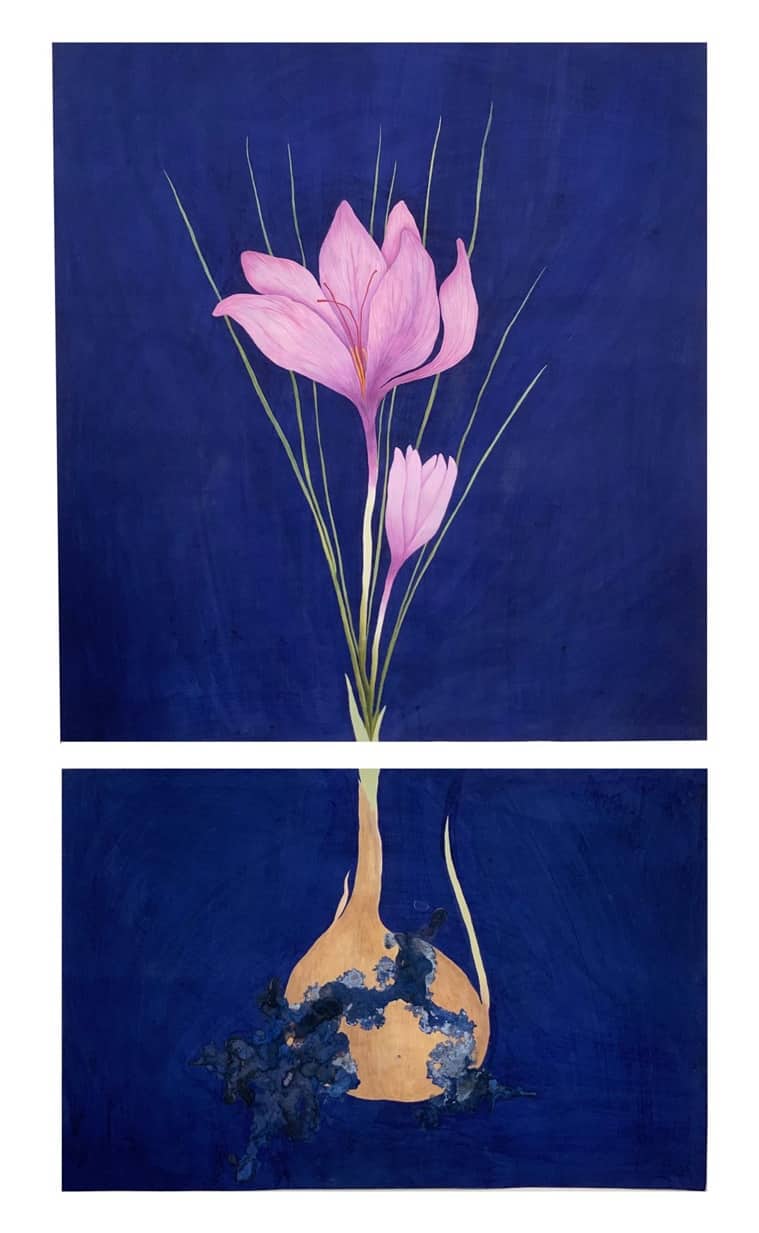 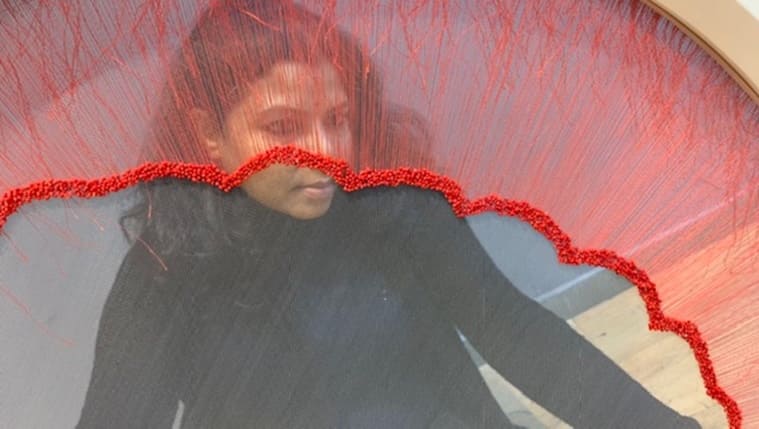 Working with varied materials, techniques, patterns and textures, Pranati Panda’s works depict her mindspace and the relationship between human beings and nature. Talking about her layered depictions in the exhibition, the Delhi-based artist says, “My current series of work is about our mind, a strong sense of wonder about the fragility of mind, wonder about the working of one’s memory, about the visible and the invisible.” 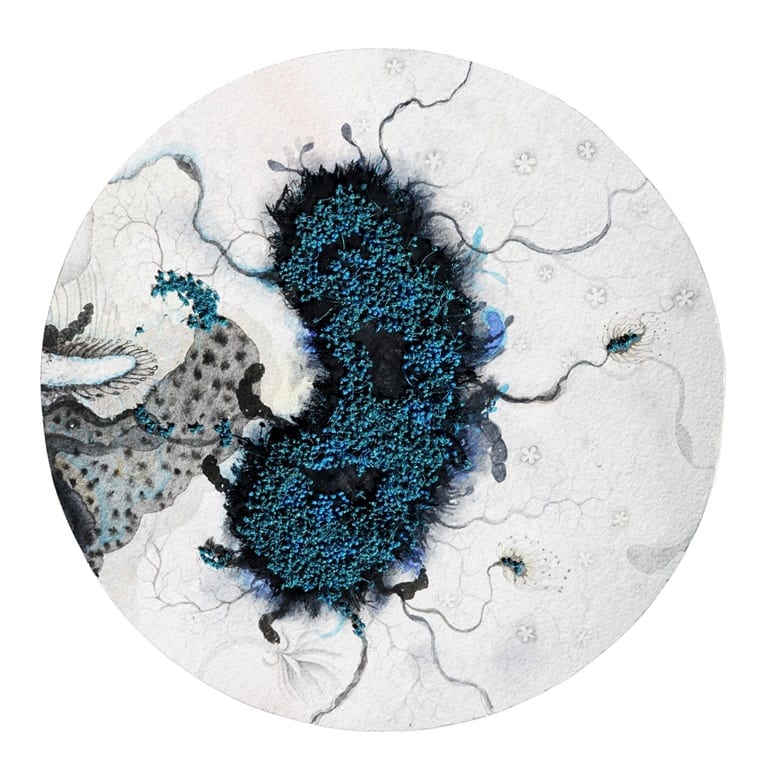 The graduate from Delhi College of Art urges viewers to analyse the subtle details in her works. Her aesthetic is inspired by her spiritual leanings and memories of the days she spent at her grandmother’s tea estate in the tiny village of Darang in Kangra, Himachal Pradesh. “I don’t believe as a creative person that you have a single expressionist style through the life of your practice. You have to evolve and learn, understand the reflection of one’s work,” says the artist who uses natural pigments and glue. She adds, “The most important thing I took away from my wandering days in the hills was freedom. Freedom from dogma and religion, from close mindedness, to not care for what was expected of me, to not get influenced by anyone…” 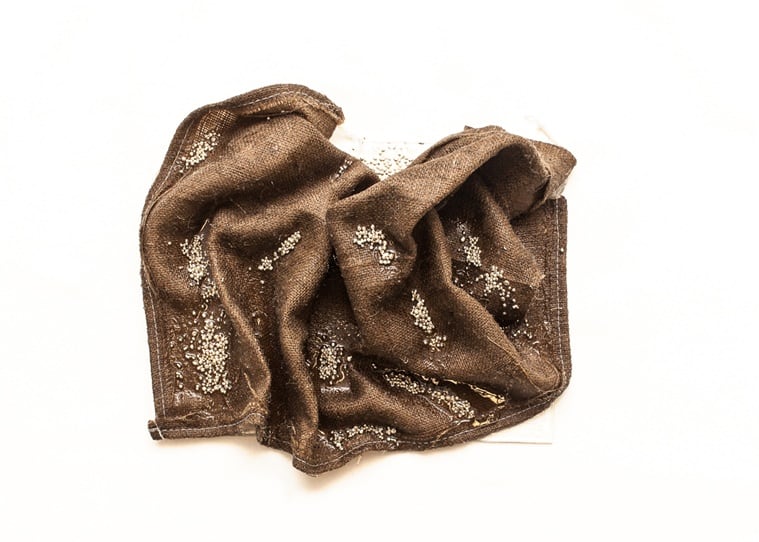 The artist employs tools of cartography to address concerns and questions regarding ‘belonging’ and the fragility of our existence. Describing her works in the exhibition, she says, “The series are simply chronicles that frame any piece of land, a chunk, markings on its surface, its layers and the patterns in the overall fabric of the earth…The anonymity of its layers are fossilised and not only offer a visual metaphor of lived experiences, but also a tactile archive of the Earth’s very being.” 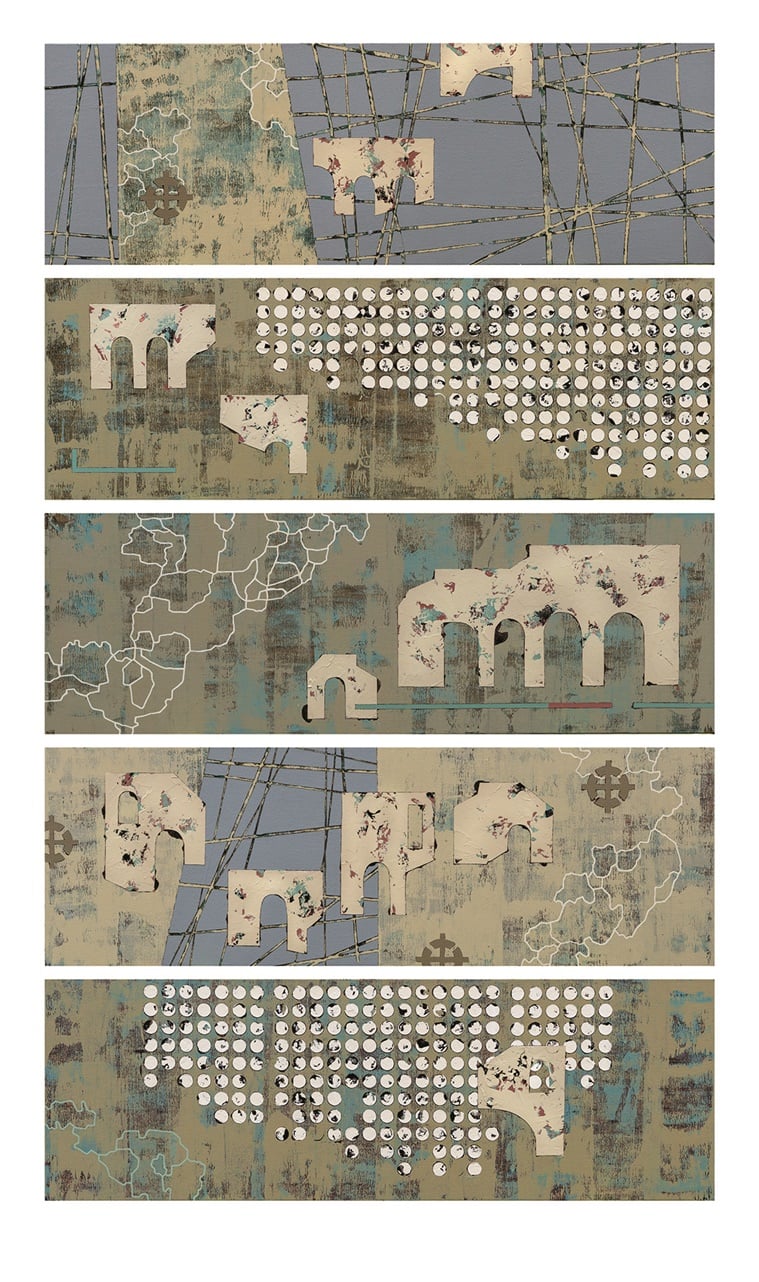 The postgraduate in ceramics from Cardiff School of Art and Design, Wales, UK, creates an optical illusion with clay, by making only one part of the image visible from an angle and animating the surface. “I’m exploring the contradictions that lie hidden under the surface. I use easily recognisable signs, symbols and forms and juxtapose them in a dichotomous manner to raise these questions. How the surface and form are treated play an important role in this investigation. Cutting the surface and form is not just a physical manifestation of the urge to look beyond but also a means to subvert the sign, symbol or form,” says the artist. 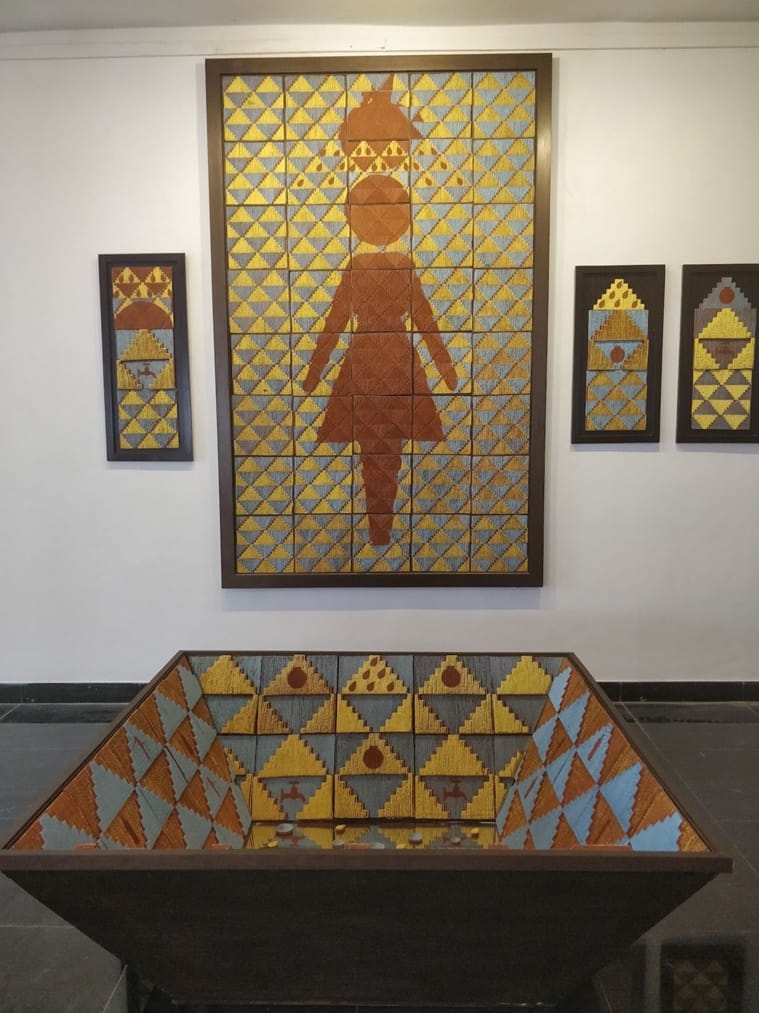