Musician Ahmed Mahdy says the increased freedoms allow his rap group Ijraat, or "procedures", to better reflect the issues they see still plaguing Sudan, which is in the grip of a deep economic crisis and is making a shaky transition to democracy Rappers in Sudan taking advantage of looser social controls following the 2019 uprising are seeing their scene expand, rapping in public squares and in concert venues about everything from difficult living conditions to relationship problems.

Musician Ahmed Mahdy says the increased freedoms allow his rap group Ijraat, or “procedures”, to better reflect the issues they see still plaguing Sudan, which is in the grip of a deep economic crisis and is making a shaky transition to democracy.

“We always write about our reality,” he said.

“You see something happening to a homeless child in the street, so you’ll reflect that in your music. You walk past the Nile and witness the flooding, and the problems our people face that you then try to tell using simple words, simple phrases that can resonate with everyone.” Under its long-ruling president Omar al-Bashir, who was ousted two years ago, Sudan had a growing but cautious rap industry as artists had to contend with the country’s security services if they were overtly critical of the government.

Venues for their performances were also limited, particularly given strict public order laws.

“Happiness here is sold by the jerrycan. Women are hungry and the government is out of it,” goes one of the group’s songs, in a reference to the sale of illegal home-brewed alcohol.

Group member Mohab Kabashy, known as Mo3, says they attract fans looking to express their own issues and those of wider society.

“Problems at home, problems with friends or girlfriends. It then developed when people, especially those of my generation, started to listen to the things I was working on and enjoyed them,” said the 26-year-old, sitting in front of a mixing board. 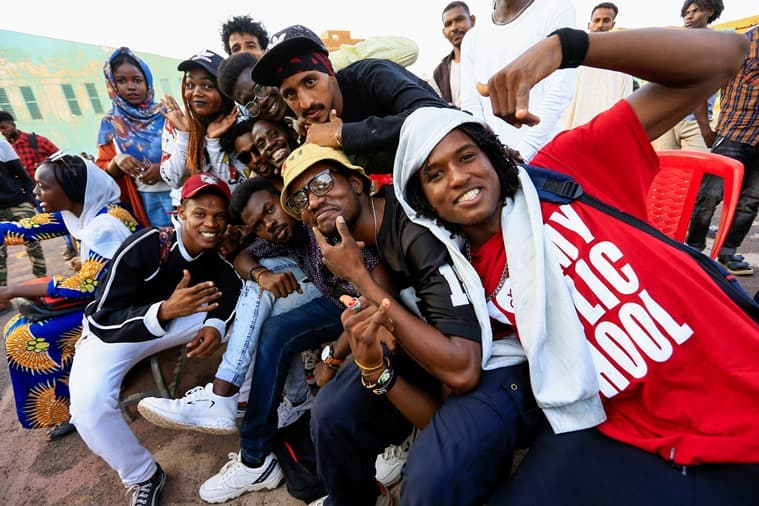 Although music played a central role in the uprising against Bashir’s Islamist regime, Mahdy says many Sudanese still reject rap music as foreign or immoral.

“However, we have faith that when we provide our own generation with songs and discuss issues through music and art, these young people will be able to get to grips with any issue, no matter how complex or difficult it may be,” Mahdy said.