Pattnaik made a sand sculpture of the actor on Puri beach 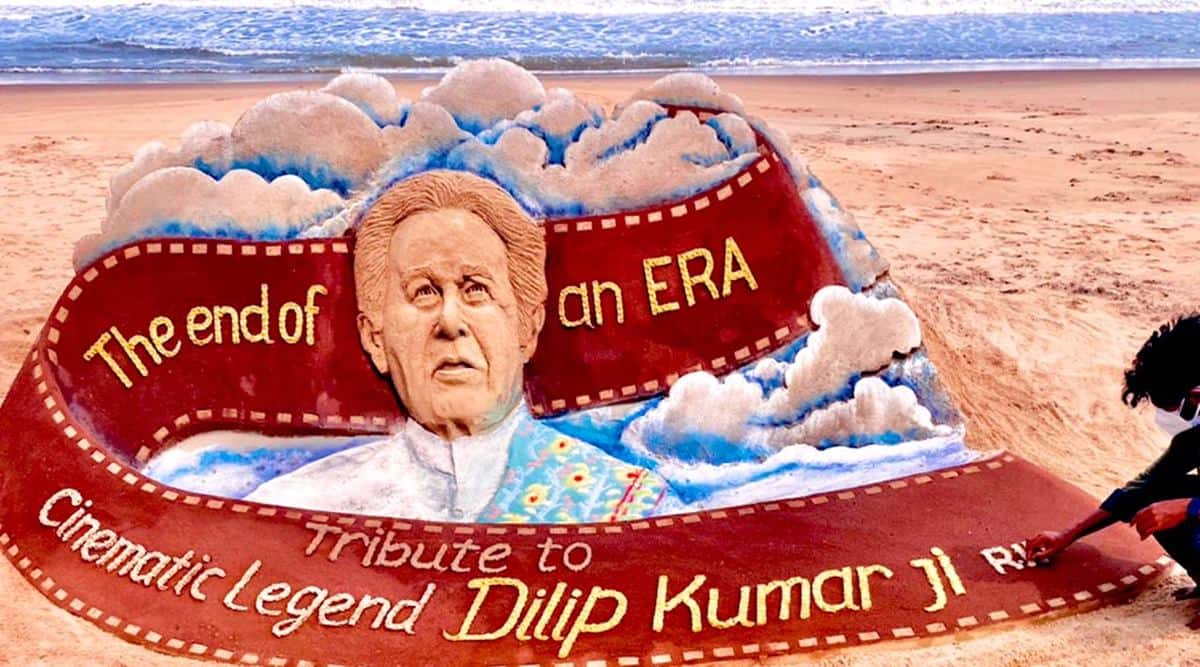 While he had been ailing for some time now, veteran actor Dilip Kumar’s passing has left the nation in shock. Kumar died July 7 at the age of 98. Dr Jalil Parkar, who was closely-associated with his case, told indianexpress.com he passed away due to “prolonged illness” at 7.30 am on Wednesday.

As the news of his demise spread, tributes started to pour in from all corners of the country. Actors, singers, designers, common people, and everybody else whose life had been touched by the acting stalwart, shared their sorrow on social media. They ruminated on the huge void caused by his passing.

Among them was celebrated sand artist Sudarsan Pattnaik, who made a sand sculpture of the actor on Puri beach.

Sharing a picture on Twitter, he wrote: “Tribute to the Cinematic legend #DilipKumar Ji . My SandArt at Puri beach in Odisha. RIP (sic)”

Not only did Pattnaik painstakingly draw the actor’s face, he even made it look like Kumar is staring at the sky.

A red reel surrounds the veteran actor, suggesting the many decades that he spent in front of the camera, giving powerful performances in films such as Mughal-E-Azam, Devdas, Ram Aur Shyam, Naya Daur, and others. The words ‘the end of an era’, and ‘tribute to cinematic legend Dilip Kumar ji’ are written on it.

The news of his death was shared on Twitter earlier today, by his family friend Faisal Farooqui. “With a heavy heart and profound grief, I announce the passing away of our beloved Dilip Saab, few minutes ago. We are from God and to Him we return,” the post read.