Tishani Doshi's Small Days and Nights is a searing tale of displacement, anguish, relationships hinged on tenterhooks and ultimately of an outsider who learns to live by making another survive. 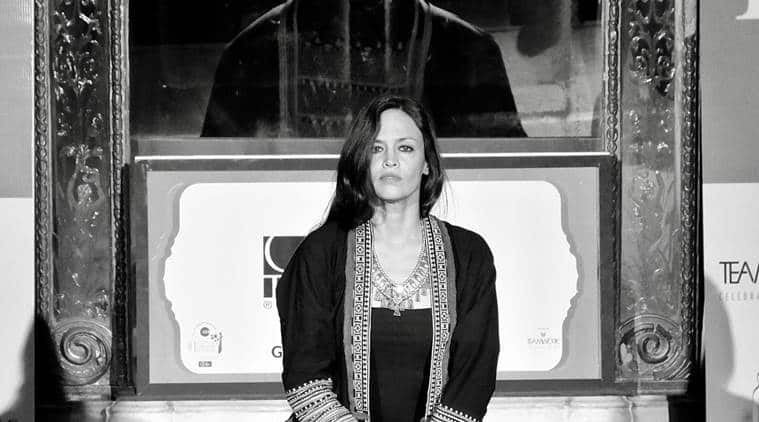 In Tishani Doshi’s Small Days and Nights, Grace, the protagonist, comes to India after her mother’s death only to be told that she has an elder sister, afflicted with Down Syndrome. Grace’s reluctance towards motherhood has contributed in her crumbling marriage in the US. And yet, she chooses to stay back and take responsibility of her sister, Lucia, and in some ways, her own life. What follows is a searing tale of displacement, anguish, relationships hinged on tenterhooks and ultimately of an outsider who learns to live by making another survive.

The author, over an e-mail interview with indianexpress.com, spoke about her unmoored protagonist Grace, the way motherhood has been presented in her work and what it is like to be writing in today’s time.

In Small Days and Nights, the protagonist Grace never really belongs. She is always longing to be somewhere else other than the place she is in. She also happens to be the narrator of the story. Was the idea to use someone, non-rooted as her a deliberate choice for a narrator? How did it contribute to the narrative?

I wanted to capture on a micro level the strange dichotomy we’re currently living through — on one hand an unprecedented state of movement, migration and displacement, and on the other, the surge of extreme nationalism in countries across the world, which gives rise to a kind of battle between people who have a sense of entitlement, birthright and belonging, versus the dispossessed.

Grace is a woman who has changed her life because she feels it is her duty, her moral obligation to look after the sister she never knew she had. She leaves her husband and her life behind in America to move to a house on a rural Tamil Nadu beach that she has inherited after her mother’s death, with the sister who has Down Syndrome. She moves between city and village, between wanting to protect her sister and wanting to run away. She doesn’t quite fit anywhere. I don’t know that she longs to be elsewhere, but she longs for a sense of belonging. This push and pull was something that I knew I wanted to explore, so, yes, it was important to have this hybrid non-belonger as the narrator. You raise pertinent questions about motherhood and responsibility through Grace and her mother. Grace’s mother leaves her child Lucia, and yet you humanise her mother. On the other hand, Grace voices reluctance towards motherhood but ultimately takes care of her sister. How much of you is there in both of these characters?

I wrote about these things because it is in me and all around me. To be a woman in India going through her 30s and early 40s can be an intensely emotional experience. I have friends who were desperate to have children but couldn’t, others who didn’t want them and were bombarded about their decisions, others who had them and felt the space around them shrink and sometimes enlarge, who pitched between high and low, but who didn’t feel they could talk about the lows.

I wanted to address the deification of motherhood and slay it in some way, because I think women are always made to feel small, regardless of the choices they make. This is why the novel suggests alternative family structures – Auntie Kavitha, Praveen — these people who provide Grace support even though they are not family. I have always found those relationships to be the most powerful – those that don’t bind us by DNA, but take up residence in our blood. I also hint at larger concerns that I have about parenthood and how we are moving into the age of designer babies, tampering them into perfection. How as humans, we will still fall short.

Grace constantly ponders over the brokenness of relationship and attributes it as the end of a relationship. However, she also takes the last remaining strand of a fractured relationship and decides to tend to an elder sister she did not know she had. Do you think tending to Lucia then becomes a way for Grace to tend to herself?

I think the idea of nurture as a way of mending oneself is available to us all. For Grace, she is torn between freedom and duty, but she understands that by tending to her sister, the house, the garden, the army of pariah dogs, she is tending to herself, and more. She is finding her place. It is an uncertain place, but it is the place she is given, and that she claims. Part of her trajectory as a character is also to struggle between a fierce independence and a realisation that she cannot manage alone. That however much people disappoint us, we still need them. Your gaze in the novel is fiercely female and it is evident in the way Grace constantly fears the fleeting presence of any man in the vicinity. How is it like for a writer, who happens to be a female, to be writing at this point?

I wanted to write about the fears that most women in India understand as they move around the streets — that sense of looking back, craning the neck, clocking anyone suspicious. Also, how these fears get exaggerated. When Grace starts to live out in this remote coastal Tamil Nadu village there is not only the usual problem of her own safety as a woman, there are also brokers trying to snatch land, political thugs, dog poisonings, the sea that sometimes seems as though it could swallow you, the discarded turtles from the fishing nets, the masses of plastic rubbish. All this violence infects.

Grace wants to be strong, but she is also incredibly vulnerable. I wanted Grace to understand that she was imagining some of her fears and overreacting, but the thing about fears is that they multiply, and once they take hold of you, it doesn’t really matter whether they are real or imaginary. Even though I write a lot about navigating the world as a woman, writing is in fact, the most free space I know. It is a radical and rare thing, the chance to escape anatomy.

What are you working on next?

Poems, and perhaps a memoir about dance.