The handloom and handicrafts sector, which roughly employs 10-15 crore people across the country, has been among the worst affected over the last six months. What is the way forward, if any? 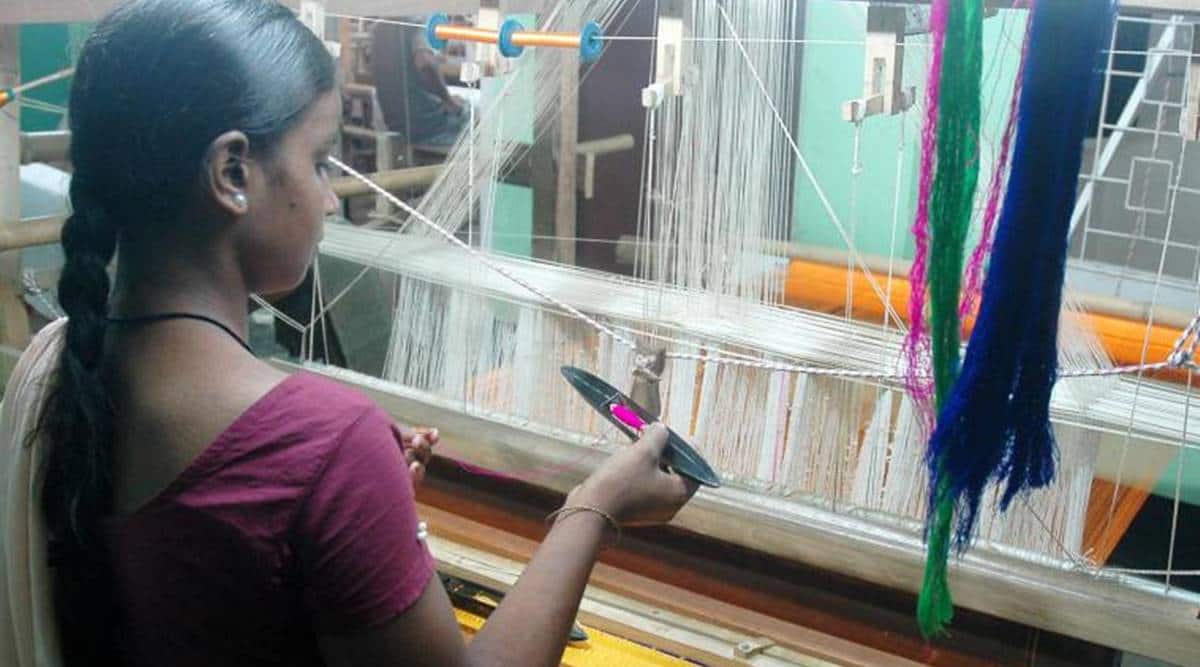 “We were suffering an acute labour shortage even before the pandemic struck, as those under 40 are not getting into the profession,” says Sreemathy Kalingarayar, a masterweaver from Tamil Nadu’s Dindigul district, which is best known for its Kanchi cotton saris. “After corona, products remained stocked with the master-weavers, but showrooms were closed and all kinds of gatherings were also on hold, so who would buy them?” she asks. Government should devise a system to buy stock from master-weavers. Also, to motivate younger weavers, some national-level training should be provided. Weavers also don’t know where to approach for help and even to avail the facilities already being offered to them, so some kind of common platform should be created. These were some of the suggestions Kalingarayar offered during a recent webinar organised to discuss the issues artisans have been facing during the pandemic.

Also part of the discussion was Abdul Kalam, a durry and carpet weaver from UP’s Mirzapur. He said, “The art and craft sector has been the worst affected due to the pandemic. Rural artisans have been languishing at home, with nothing to look forward to. Those who migrated to cities to cater to bulk export orders have also returned. Now, no one knows who to approach.”

The handloom and handicrafts is the second largest sector in terms of providing employment, after agriculture, engaging 10-20 crore people. The size of the industry is said to be anywhere between Rs 15,000-25,000 crore, but their misfortune is that the sector falls under the category of the unorganised or informal sector for which there is very little tangible data available. Also, in case of any crisis, such as the current pandemic situation, they don’t know who to approach. 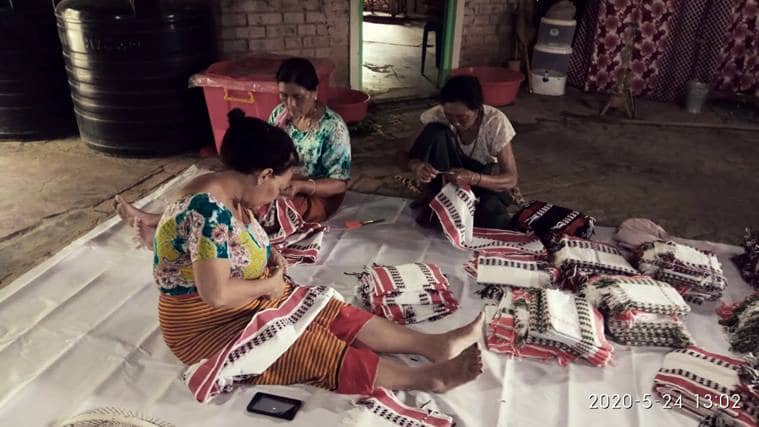 The Ministry of Textiles recently issued an order to dissolve the All India Handloom Board, the only organisation working with the government which had weavers and artisans from all over India as its members. So practically, it was a forum where the government could get direct feedback from the stakeholders. Talking to The Indian Express, Santosh Kumar Singh, Additional

Development Commissioner (Handlooms), had said that the decision to disband the board follows an assessment that it failed to impact policy-making and became a vehicle of unnecessary patronage with the emergence of a middleman culture that did not help the interests of weavers.

Middlemen are typically perceived as exploiters – who take the customers as well as craftspeople for a ride. They do not practice crafts themselves but are good at trading in them. Even as some of the artisans we spoke to said that there is a lot of truth in this statement, some others felt that like in all other businesses, middlemen are an essential link between the artisan and the consumer.

Middlemen are both a boon as well as a bane for the sector. A 2019 report by authors Dilip Kumar (The ICFAI University, Jharkhand) and Rajeev PV (Banaras Hindu University), titled “A New Strategic Approach for Marketing of Handicraft Products” said that the artisans of this sector mainly depend on the middleman for finance, raw materials and market for finished produces due to lack of awareness, illiteracy and poverty. Due to these reasons, the artisans are far from exact information of market demands.

ALSO READ | For the first time since the pandemic, craftspeople have reason to celebrate

But experts believe craftsmen do need a platform to be able to organise and survive. Leo Shastri, Director – Operations & Strategy, Usha Exim, a multi-product export organisation, which has been connecting weavers and buyers since 1994, says, “Our key role is to get better prices for the products that our weavers produce because of our Fair Trade Fair Wages principle. Another very important factor is we have complete transparency between the buyer and weaver/ artisan. Usha’s role in connecting weavers and buyers has resulted in a sustainable livelihood for weavers from villages.” The company, which has artisans from Meerut, Moradabad, Agra, Saharanpur and even urban slums of Delhi on board, says its buyers have complete freedom to visit their workshops and factories as well as producer groups and have thorough discussions with the artisans face to face.

Shastri adds, “The year 2020-2021 was planned for higher growth via international conferences and trade shows, and in general, investing in our marketing and sales. However, everything that was planned is now postponed to a year later. In terms of numbers, certain buyers who give us work for approximately $50,000 a year have come down to around $20,000. We’re still hoping we will get some orders from buyers across the world and hoping our producers can get some work and support their livelihood in these tough times.”