The Pakistani players were happy warriors after David Warner (out to a dubious decision), Glenn Maxwell and Steve Smith were quickly dispatched to the Aussie dugout.

The Pakistani hordes at the Dubai international cricket stadium were ecstatic sensing an easy win for Babar Azam and his team who were the only unbeaten team in the World T20 championship..

Then came in Shaheen Shah Afridi to bowl the 19th over of the game.

The tall left-arm pacer had been magnificent in his first spell with the new ball, sending Australian Captain Aaron Finch back with one of those unplayable balls that Rohit Sharma and K L Rahul will have nightmares about for a long time.

With Afridi ready to bowl his toe-crushing yorkers, what could go wrong for Pakistan?

Please click on the images to find out what happened thereafter. 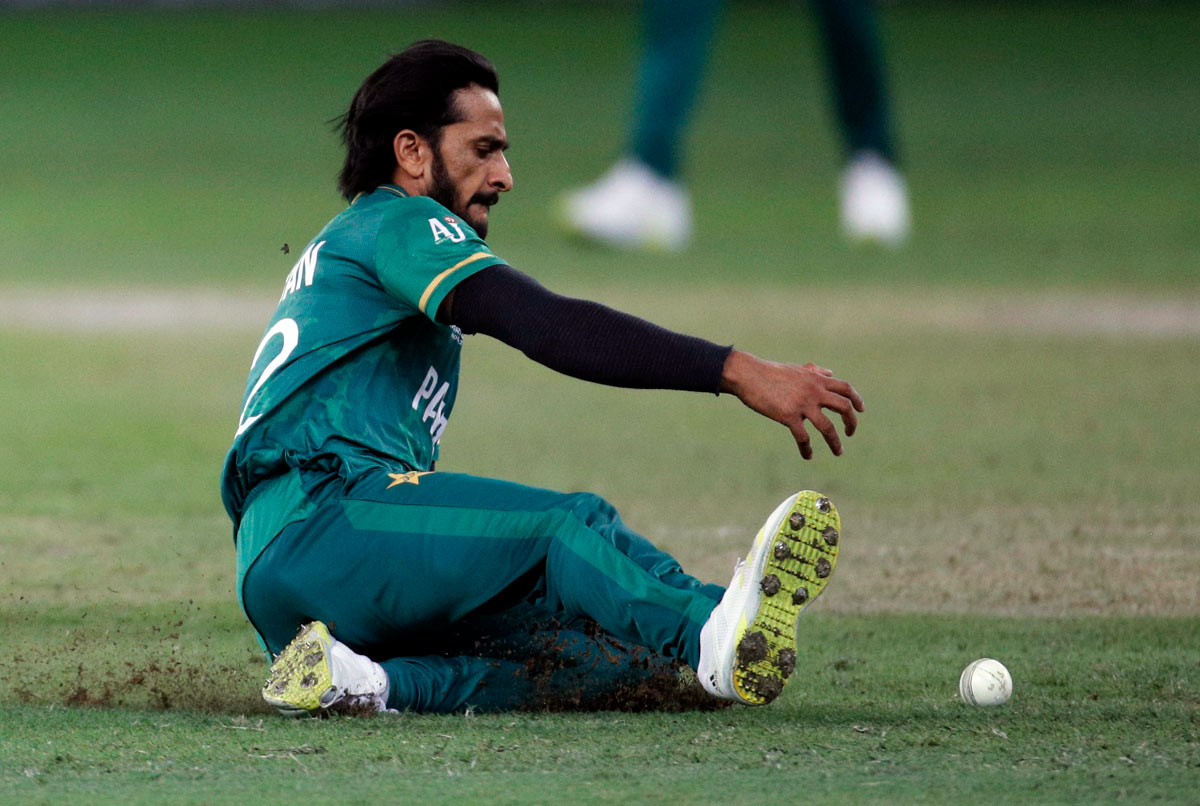 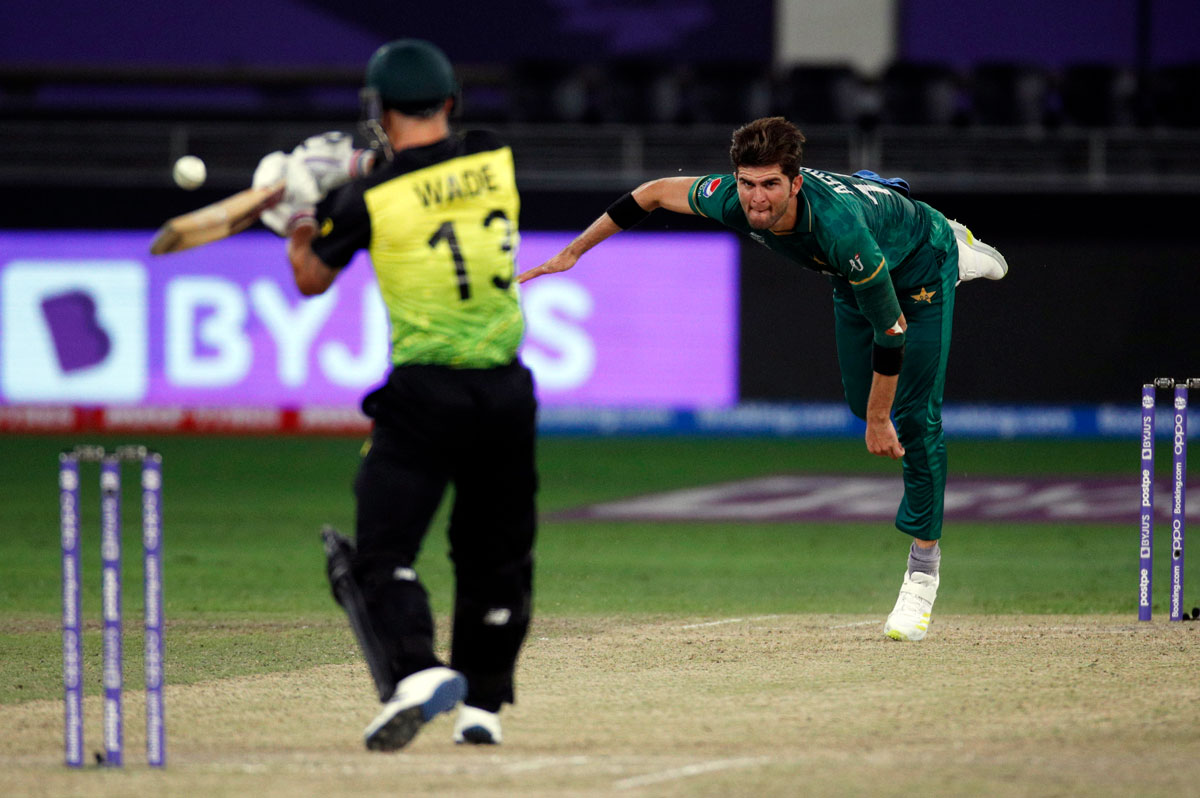 IMAGE: The gritty Tasmanian has been in and out of the Australian side.
As he reminded us after picking the player of the match trophy, Thursday’s game was his 20th game after he returned to keep wickets for his team.
Wade, who will turn 35 on December 26, said later that he thought the semi-final was going to be his final game for his country.
But then this happened… the first of three incredible sixes he hit off Afridi. 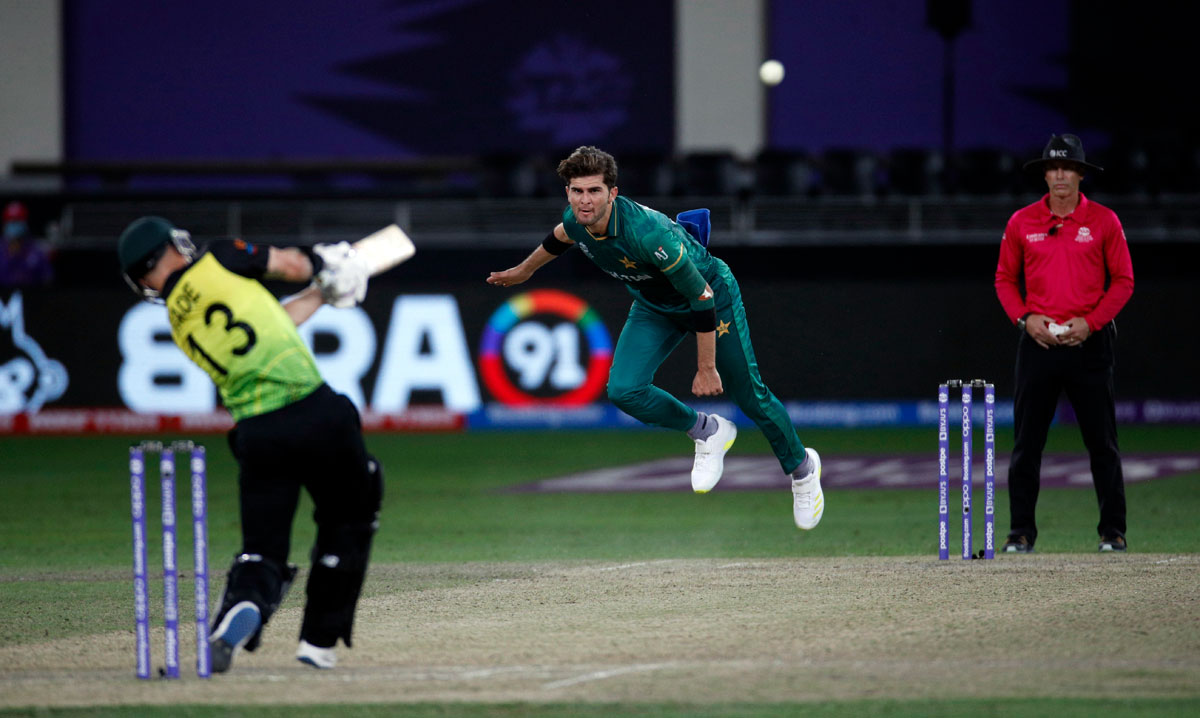 IMAGE: Here goes the second one…. 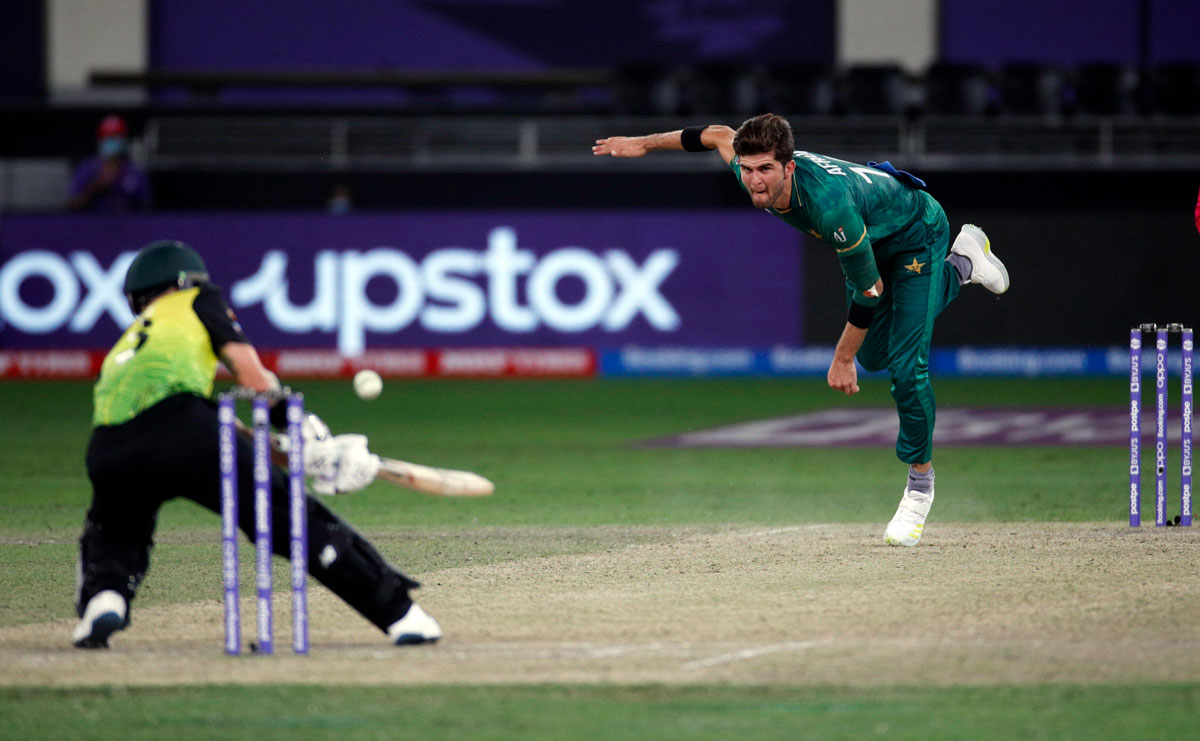 IMAGE: Hurrah! The Final One. Australia are through to the Final and a chance to win its first T20 World championship.