On Monday, May 2, 2022, the Kolkata Knight Riders finally ended their losing run at the Wankhede stadium in Mumbai.

The pre- and post game interactions always make for an interesting watch. Please click on the images and take a look. 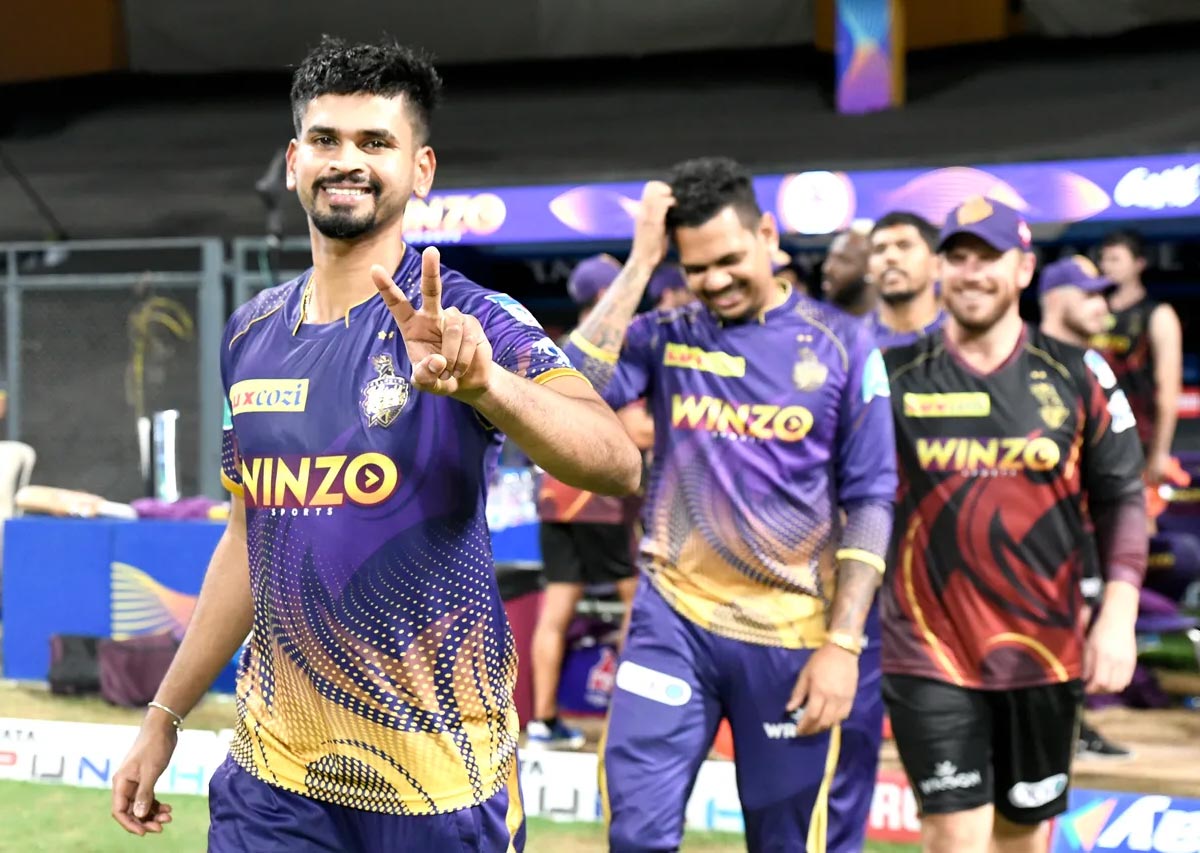 IMAGE: A relieved Shreyas Iyer flashes the victory sign after the game. Check out the smiles on Sunil Naraine and Aaron Finch’s faces. All Photographs: Kind courtesy iplt20.com 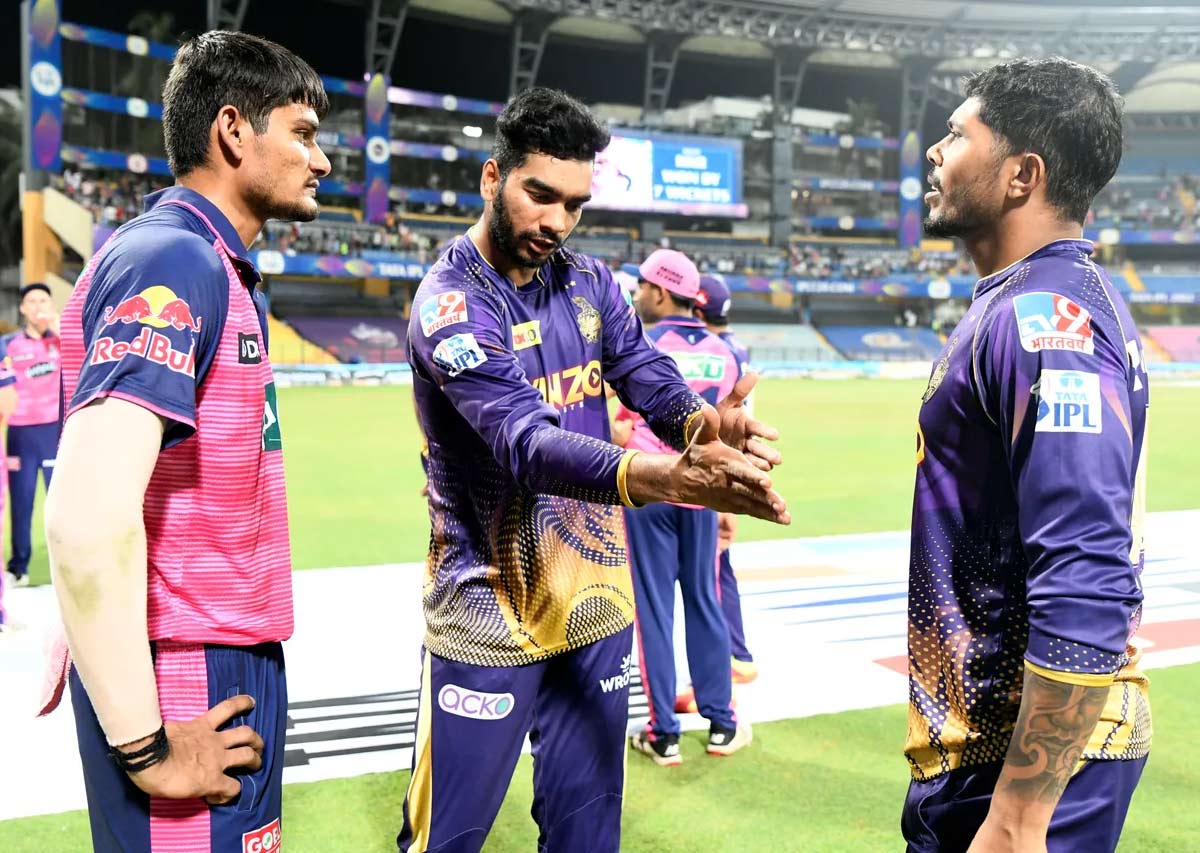 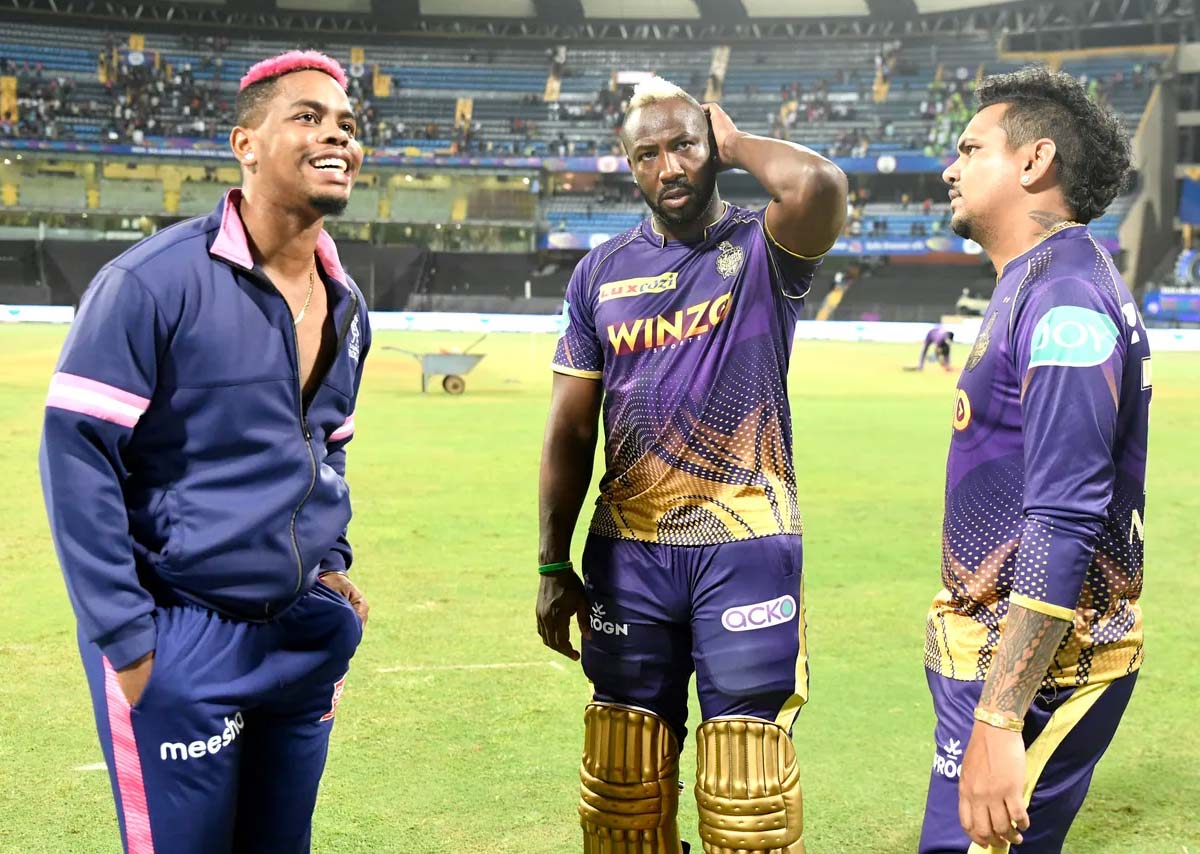 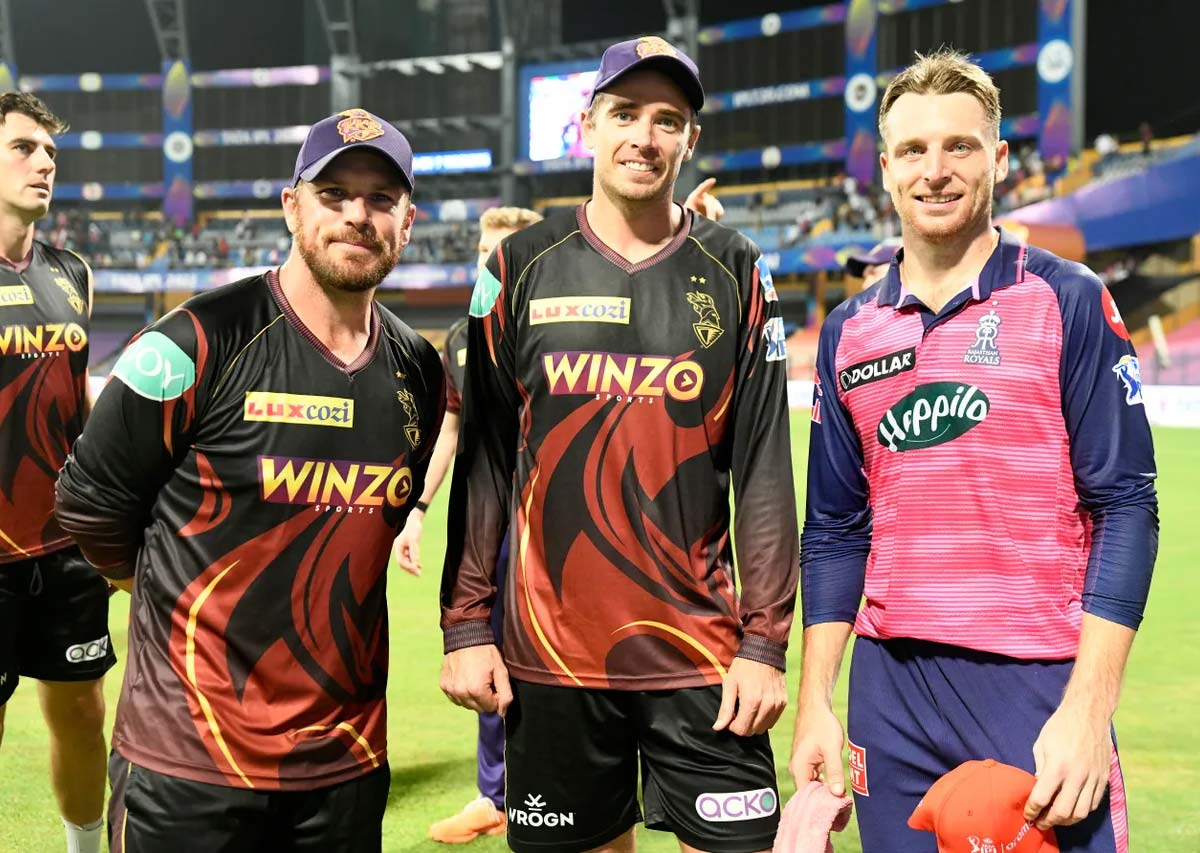 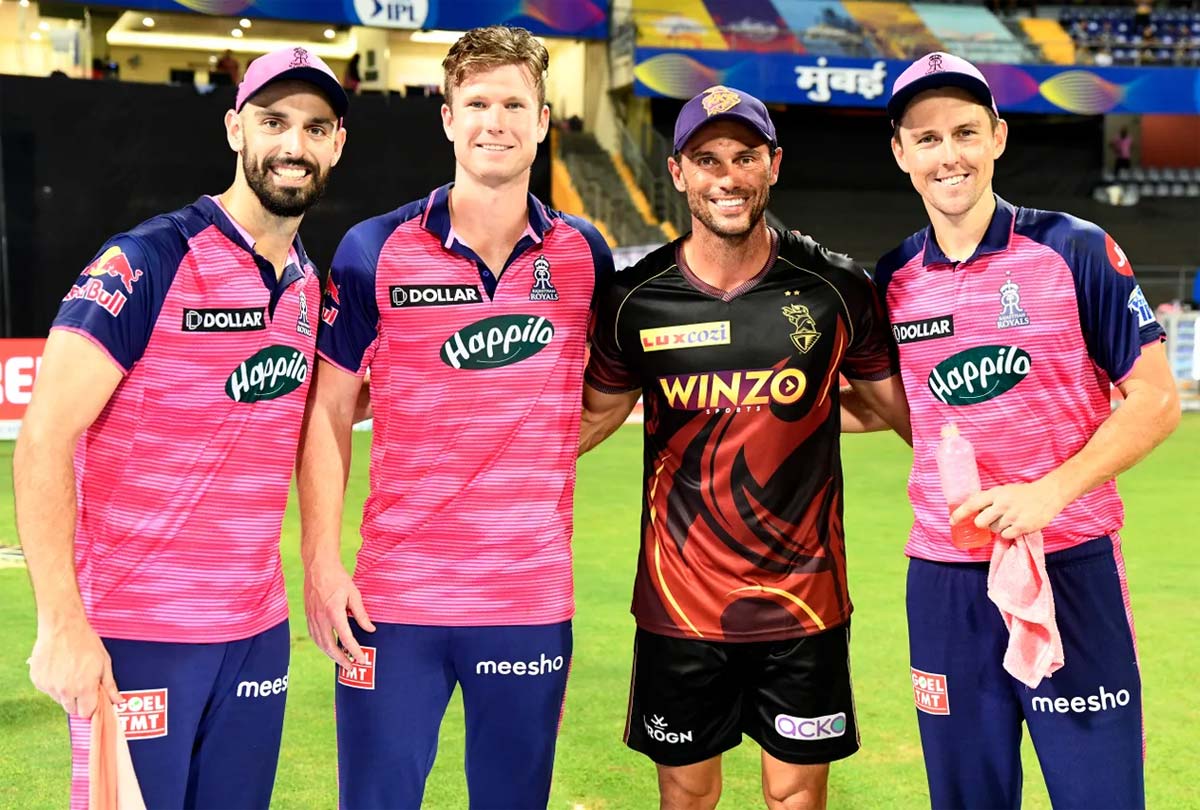 IMAGE: The Kiwis: RR’s Daryl Mitchell, left, and Jimmy Needham, second from left, KKR Strength and Conditioning Coach Chris Donaldson (a sprinter who ran in the 1996 and 2000 Olympics; he is also the New Zealand team’s strength and conditioning coach), second from right, and RR’s Trent Boult, right. 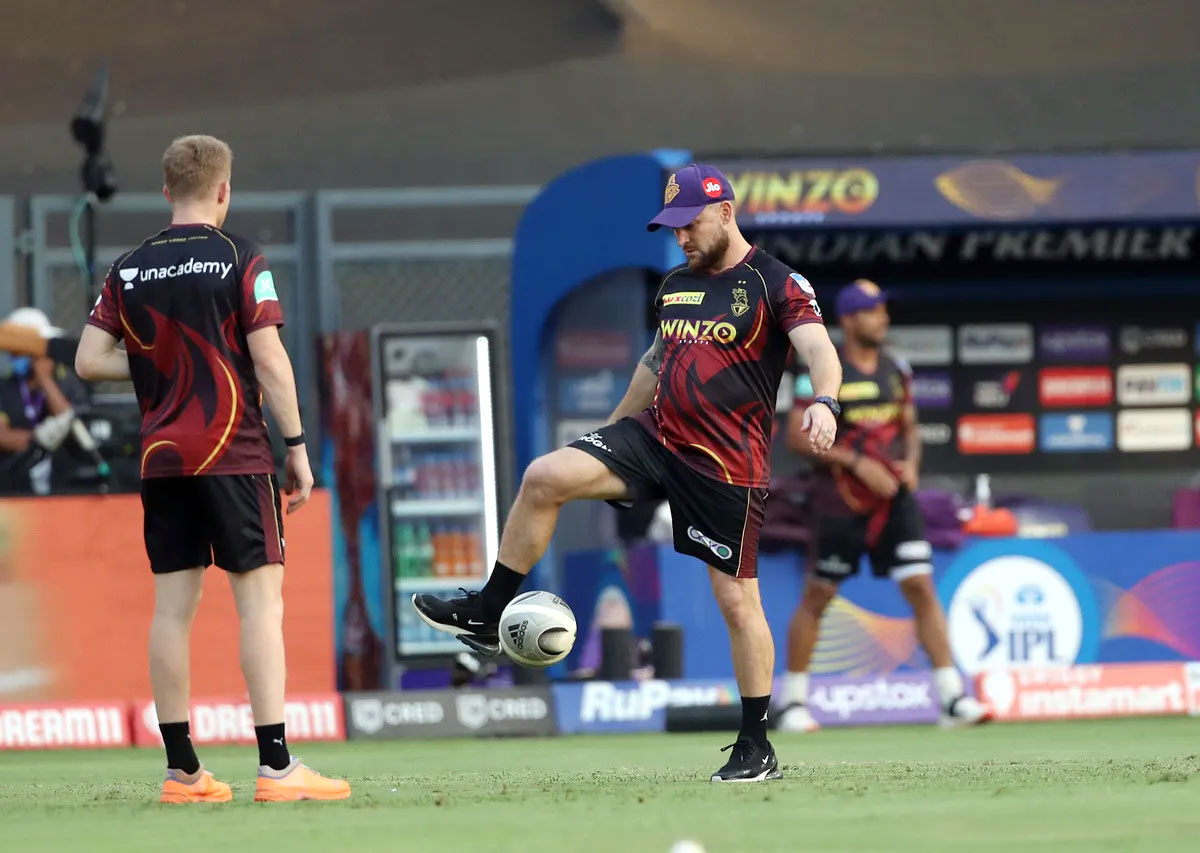 IMAGE: KKR Coach Brendon McCullum plays a brief game of soccer before the game. Baz, who has been criticised for fiddling with the team composition (19 KKR players have been deployed so far), must have slept well after Monday’s win. 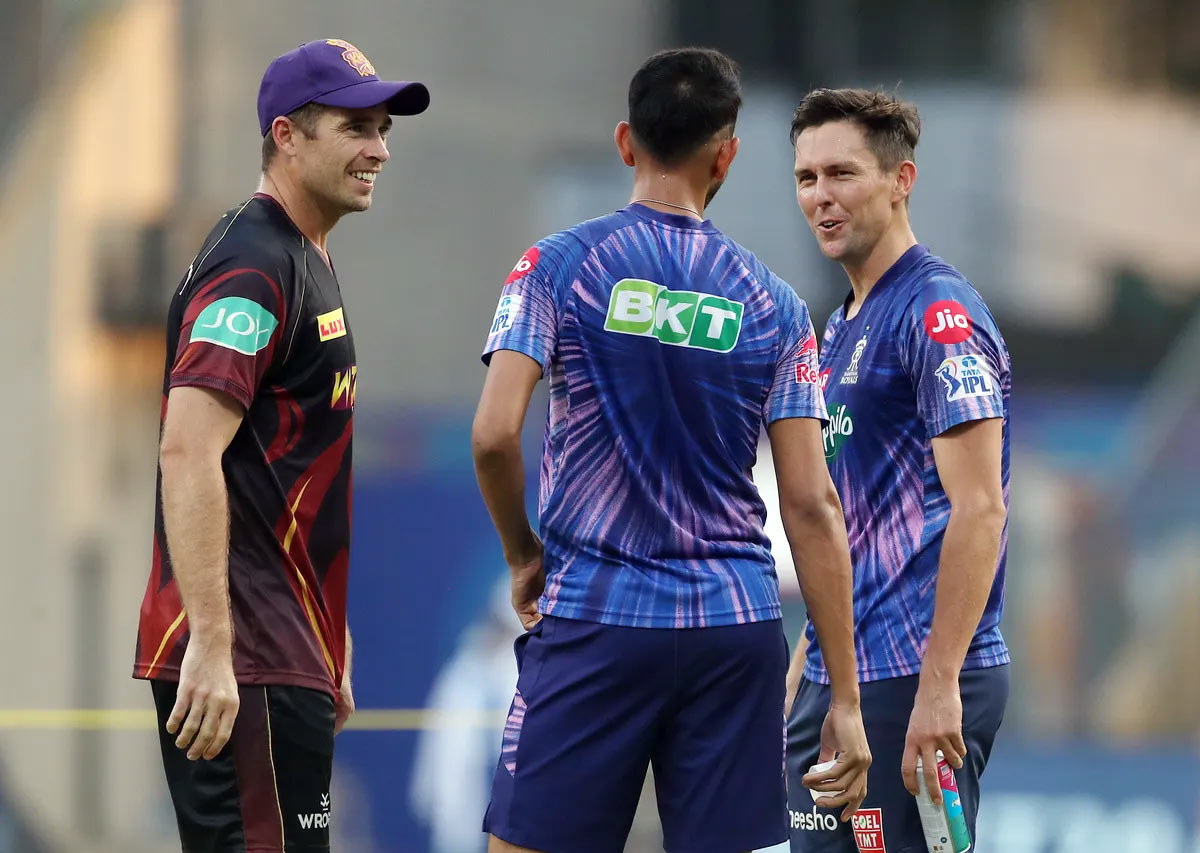 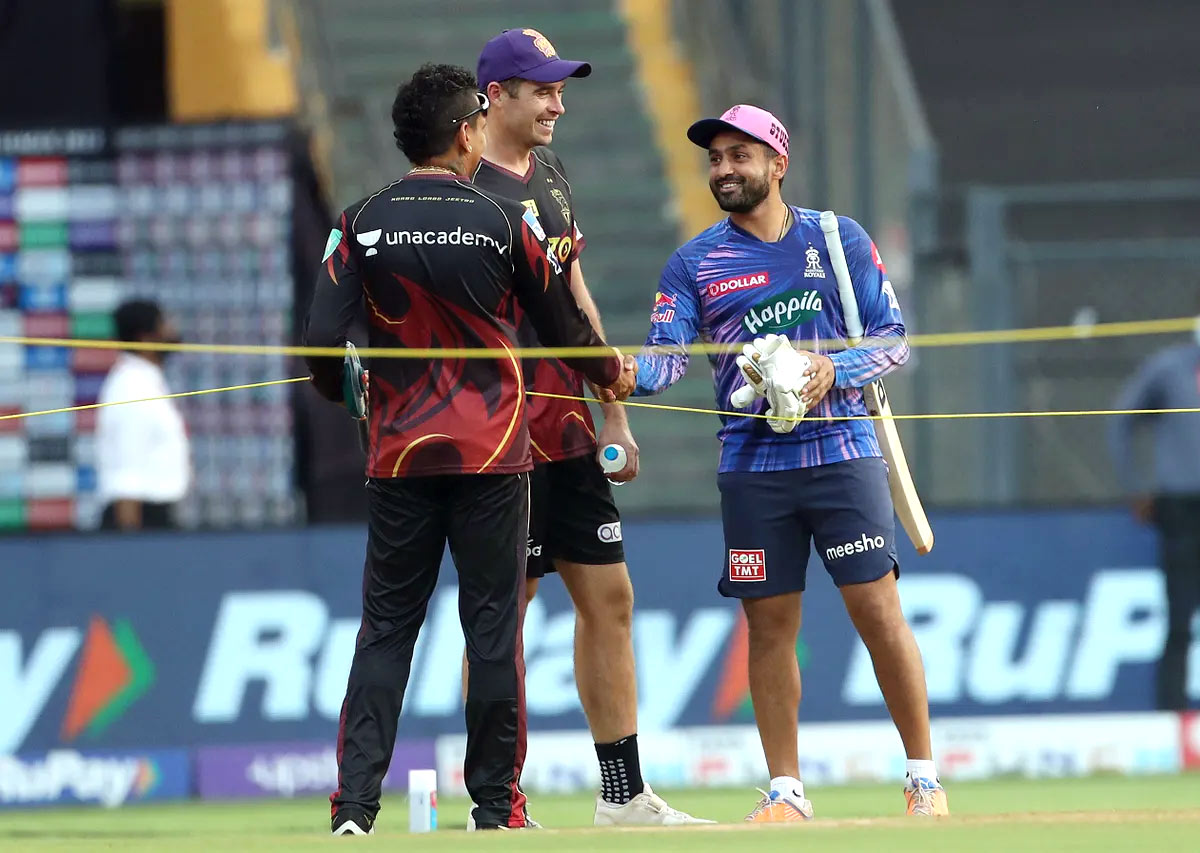 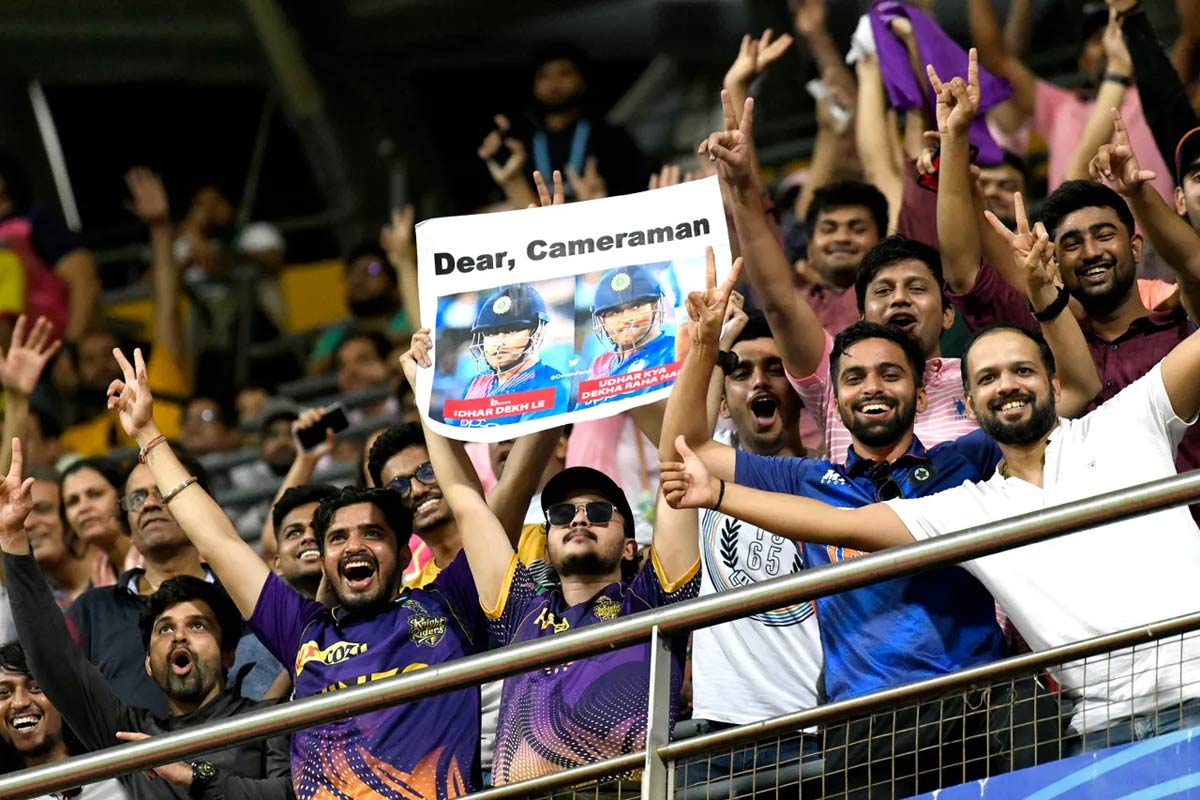 IMAGE: A wise guy poster for the cameraman. The Star Sports camerawork focusing on the spectators at IPL 2022 games has been superb, accurately capturing the anguish and astonishment at events on the field of play.