AEW has been consistently ahead in the rating battle with WWE especially in the target 18-49 demographic. 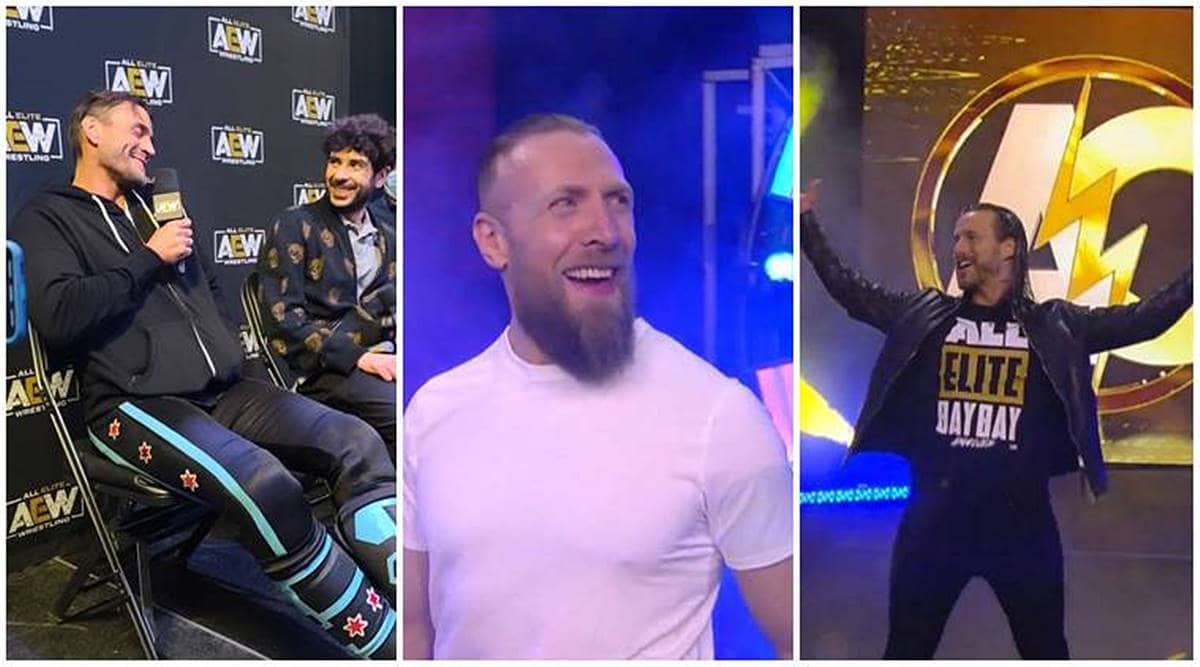 In his first match in more than seven years, CM Punk defeated Darby Allin at AEW All Out on Sunday in his hometown of Chicago. In a thrilling atmosphere with loud chants for both athletes, Punk’s debut became quite a contest.

In the end, it was the straightedge superstar who won after hitting the GTS. After the match, Sting and The Best in the World shook hands in a show of respect.

Bryan Danielson, previously known as Daniel Bryan in WWE, made his debut for All Elite Wrestling on the same day. This brought an end to speculations over his future in professional wrestling.

After the event Bryan spoke on making the decision to leave WWE and sign with AEW: “I really battled back and forth because there’s a lot of people there that I consider family, that actually are legitimately my family, and you know, people that I love there so it was a really tough decision.”

“The offer WWE gave me, they were gonna let me go do some other stuff on the outside, but, I hate to say this, Vince sometimes. He and I have a great relationship. I love him, I do. Sometimes he’s overprotective of me. I want to be able to push my limits.”

Former NXT star Adam Cole made his stunning debut on AEW All Out after Kenny Omega defeated Christian to retain the AEW World Championship. Adam Cole also spoke on his WWE contract expiring: “Funnily enough, believe it or not, I was also surprised. Yeah, I was under the impression that it was like six months later. So it was a surprise to me. It was a surprise to them.”

AEW has been consistently ahead in the rating battle with WWE especially in the target 18-49 demographic. WWE, on the other hand, is continuing its strategy of being family-oriented. WWE is TV-PG while AEW is TV-14. However, industry experts point out that AEW thereby has more creative freedom. Sparks have already been flying between the two brands of pro-wrestling. Take for example, Matt Hardy, who seemingly took a shot at WWE after AEW All Out when he tweeted, “How we’re all feeling after tonight’s absolutely WONDERFUL #AEWAllOut 2021 event. @AEW is killing it!” said Matt Hardy. He also posted a GIF from his match with Sammy Guevara in AEW, where he said, “Competition’s in the mud. I love to see it.”

Kurt Angle, another former WWE superstar spoke on the Wrestling Inc. Daily podcast and highlighted the differences between the target audiences of AEW and WWE.

“I think that the shareholders put a lot of pressure on the big man and tell him ‘keep everything PG-rated. Gear it more for younger kids, that’s where the merchandise is.’ The WWE, their theory is, ‘if the kids are watching it, the parents are watching it too. And the parents are going to pay for the merchandise for the kids, and they’re going to pay to go see the events. So they do have the right theory on it, but they’re losing the young adults. The 18 to 40 years olds that WWE had during the Attitude Era, that’s more the way AEW’s direction is right now. They’re swearing on the air, they’re putting up the middle fingers. It’s more of an Attitude Era attitude.” said Angle.

Another factor that often gets ignored is the relationship between the management and its athletes. Building on trust and friendship Tony Khan signed CM Punk, Bryan Danielson, and Adam Cole on the basis of handshakes. It was all based on trust and there were no signed contracts. “I think you’ve all heard the story, which is true, that Punk didn’t actually sign anything until that night. But we had a handshake and I trusted him. Same thing with Bryan. I think Bryan just signed. I trusted him. You know, we have a good relationship and we built that. Same with Adam Cole,” Khan had told the fightful.com.

To put it all up together, it’s clobberin’ time in the pro-wrestling world, and what a time to live in.