Speaking to indianexpress.com before leaving for the World Cup, Kuldeep Yadav said that he's ready to face any challenge at the tournament and his preparation has gone well. 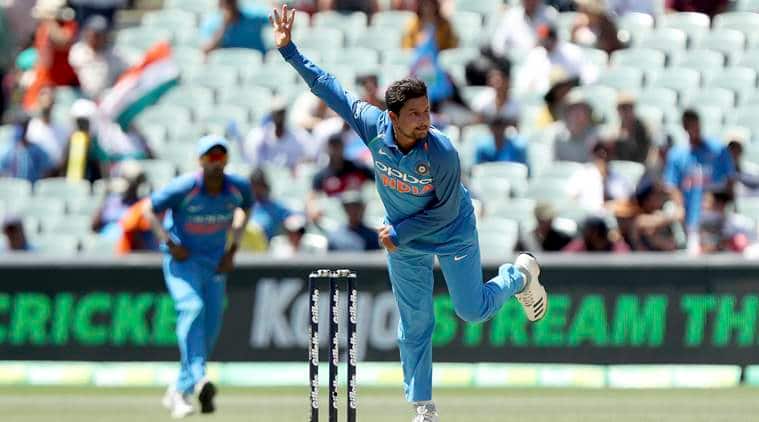 A fortnight before his first major ICC tournament, Kuldeep Yadav had to face the cold reality of failure thanks to a forgettable outing in IPL 2019.He took four wickets in nine matches and was dropped for the rest of the tournament. After the IPL, an unnerved Kuldeep went back to where he started and trained under the watchful eyes of his childhood coach.

“I worked with my coach (Kapil Pandey) in Kanpur and preparation for the World Cup has been quite good. Now I can only let the ball do the talking,” Yadav said in an exclusive interview to indianexpress.com.

“T20 was a different format altogether where things could change in a matter of minutes. Unfortunately, some of my plans didn’t work out, a few catches also went down and wickets were also easier for batting..

“But when you play for the country it’s a different feeling altogether. There is a lot of support from the captain, coach, and seniors. So I am not reading too much into my IPL performance. No negative thoughts or self-doubt,” he said. 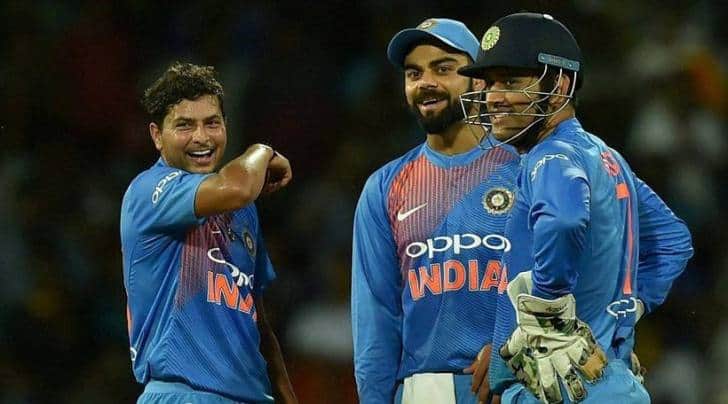 A video of Yadav in tears after England all-rounder Moeen Ali hit him for 26 runs in an over had gone viral during the tournament. Was the reaction a result of putting too much pressure on himself?

“No, I don’t think so. I was not too hard on myself. Some days turn out to be bad, but it’s good that it happened before the World Cup as it gave me time to think, analyse and work harder,” Yadav said.

Yadav said keeping in touch with teammates during the tournament helped him keep calm.

“I kept speaking to my teammates (Yuzvendra Chahal) and Mahi bhai also gave his valuable inputs. Not playing too many matches gave me enough rest and time to focus on my game. My flight is my strength and I am focusing on that and the quick delivery,” he said. Yadav knows a thing or two about playing big tournaments. It was a memorable hat-trick for India against Scotland in the 2014 ICC U-19 World Cup which brought him into the limelight. The left-arm leg-spinner has since become an indispensable part of the Indian cricket team’s one day international team.

After his debut in 2017, Kuldeep enjoyed phenomenal success, picking 87 wickets in 44 ODI matches at an average of 21.75, and a strike rate of 26.41. While he has several variations, including a potent flipper, Yadav says his strength is still the chinaman delivery.

“I have been learning all the variations since my childhood and now my aim is to control them. I focus on my grip and my body alignment because coordination is also vital. The better your coordination, the more purchase and drift you can get,” he said, adding, ” I always back my strength which is my chinaman delivery as it is my biggest strength.” Looking ahead to the World Cup, Yadav said he believes the weather will play a key role.

“I hope it’s sunny and dry in England when the World Cup begins. That will be a huge advantage for the spinners,” he said.

During India’s tour of England in 2018, the sub-baked surfaces aided him. At Trent Bridge, Kuldeep picked 6/25 to register the best one-day figures by a spinner in England, and the best for a left-arm spinner in ODI history. While the surprise element may have worn off thanks to his exploits over the past year, Yadav remains one of India’s biggest weapons.

Kuldeep said he never imagined that he would represent India in a World Cup. So what happens if its an India vs England final at Lords and Ali is on strike again?

“I am ready for the challenge. If it is the World Cup final and India play England then the feeling will be completely different and this time history won’t repeat itself,” he said.