Anwar Ali was barred from playing competitive football by the AIFF in 2019 after he was diagnosed with a rare heart condition called Apical Hypercardio Myopathy (HCM). 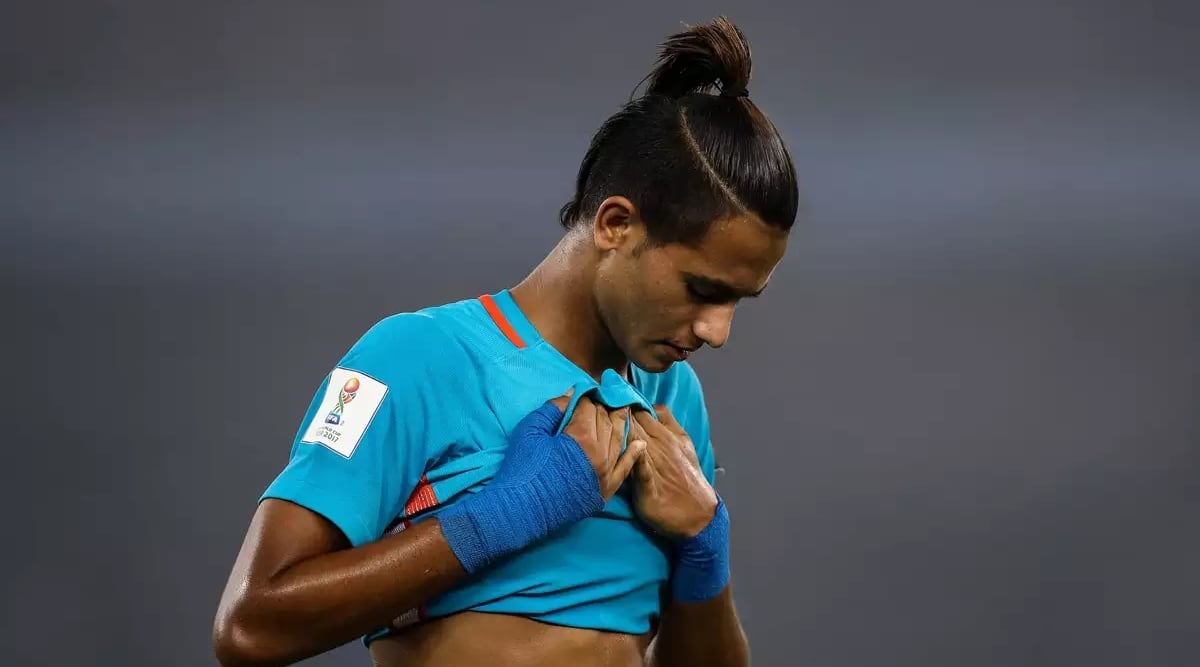 In a major breakthrough, the All India Football Federation on Friday allowed the talented Anwar Ali to resume his career at competitive level but asked him to produce an affidavit claiming full responsibility.

The 21-year-old Ali, one of the breakout stars from the U-17 World Cup in India, was barred from playing competitive football by the AIFF in 2019 after he was diagnosed with a rare heart condition called Apical Hypercardio Myopathy (HCM).

Ali took the AIFF to the Delhi High Court which ruled in his favour.

Also the chairman of England Football Association’s cardiology consensus panel and the lead cardiologist for the London Olympics has said the junior India international should be allowed to play competitive football as long as he “understands the risks” and “is under regular surveillance by an expert team.”

However, his dogged persistence has paid off.

“Based on the recommendation of the AIFF medical committee, the executive committee have asked former junior Indian International Anwar Ali to produce an affidavit claiming full responsibility, along with details of the medical precautions to be taken by him, and his prospective club to make him eligible to play competitive football,” the AIFF said in a statement after its executive committee meeting.

Last year, Ali had filed a writ petition in the Delhi High Court against the AIFF “recommendation” that he should not be allowed to play professionally, as it would put his health at risk.

Ali had argued that his “right to livelihood” cannot be taken away and his lawyer also cited certain procedural lapses by the AIFF.

In other decisions, the AIFF said this season’s I-League will start in December and run until April next year.

Owing to the pandemic situation, the competition calendar of 2020-21 has been brought forward to 2021-22. The National Football Championship for the Santosh Trophy zonal rounds will be held from November 21, 2021, while the final round is slated to be held from January 5, 2022 onwards.

Sunando Dhar, CEO Leagues, said, “The number of matches have increased and the League will get over by first week of April 2022.

“The Hero I-League Qualifiers will kick off under the bubble in Bengaluru from October first week. We have had 29 teams from 19 states contesting for the 10 spots in the HIL qualifiers.”

In addition, the Women’s Senior National Football Championship will be held from November onwards.

Referring to the forthcoming AFC Women’s Asian Cup in India, AIFF president Praful Patel said, “Though we always like to broad base such tournaments across the country, unfortunately due to the pandemic situation as we were in the danger of losing the hosting rights for the tournament, we planned to host it within the bubble in and around the Mumbai region.

“That allows us access to an adequate number of training pitches, and the three stadiums in Mumbai, Navi Mumbai, and Pune.”

AIFF deputy general secretary Abhishek Yadav updated the committee about the National Centre of Excellence in Kolkata, the first phase of which is to be completed by the end of this year.

The committee also ratified the implementation of a minimum criteria for all state associations to nominate teams for the subsequent 2nd division/HIL qualifiers, and also the Indian Women’s League.

The inaugural AIFF Club Futsal Championship will be held from November 1-13 in Shillong.

The Committee also lauded the efforts of the AIFF Secretariat to implement the training compensation, which will financially reward the clubs/academies nurturing talent between the age of 12-21. There will also be a share of the admin fee to the state and districts, it said.