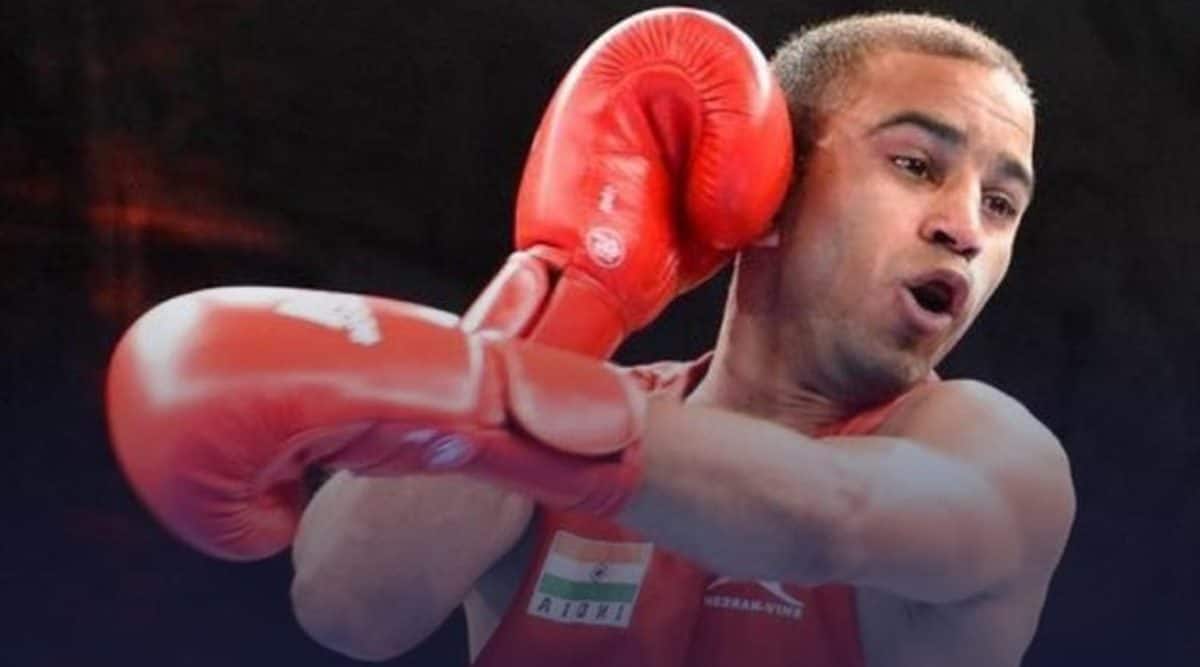 Defending champion Amit Panghal (52kg) and debutant Varinder Singh (60kg) advanced to the semifinals as India’s assured medal tally went up to an unprecedented 14 in the Asian Boxing Championships here on Wednesday.

India’s previous best medal haul was 13 that was achieved in 2019.

The World Championship silver-winning Panghal, who is bound for Tokyo Olympics, won 3-2 in a high-octane contest in which he overcame a sluggish start and used his combination punches to telling effect in the last two rounds.

After being somewhat bested in the opening three minutes, the top-seeded Army man’s trademark pace came to fore in the second round as he cleverly dodged his rival’s aggressive attempts at connecting.

The Mongolian produced some fine body punches to unsettle Panghal but took quite a few hits on the counter-attack.

Panghal will square off against Kazakhstan’s Saken Bibossinov. He had beaten Bibossinov in the 2019 world championship finals.

National champion Varinder scored on counter-attacks against the swift-moving Dela Cruz to secure a medal on debut at the event.

They added to the seven medals, including that of six-time world champion M C Mary Kom (51kg), that were assured on the day of draws.

India Open gold-winner Sanjeet defeated Jasur Qurbonov of Tajikistan 5-0 to enter the semifinals in the men’s draw along with Thapa.

His next opponent is last edition’s silver-medallist Sanjar Tursunov of Uzbekistan who has been seeded third this year.

In the women’s competition, Sakshi (54kg) got the better of Tajikistan’s Ruhafzo Haqazarova 5-0 to set up a clash against top seed Dina Zholaman of Kazakhstan.

Jaismine edged past Oyuntsetseg Yesugen of Mongolia 4-1 and will now square off against Vladislava Kukhta of Kazakhstan.

Simranjit, who recently recovered from COVID-19, defeated Raykhona Kodirova of Uzbekistan 4-1. Her next opponent is also a Kazakh in Rimma Volossenko.