Jonathan David gave Lille the lead in the 31st minute of the contest but Angel Di Maria made the difference in the second half, setting up the equaliser and then netting the winning goal. 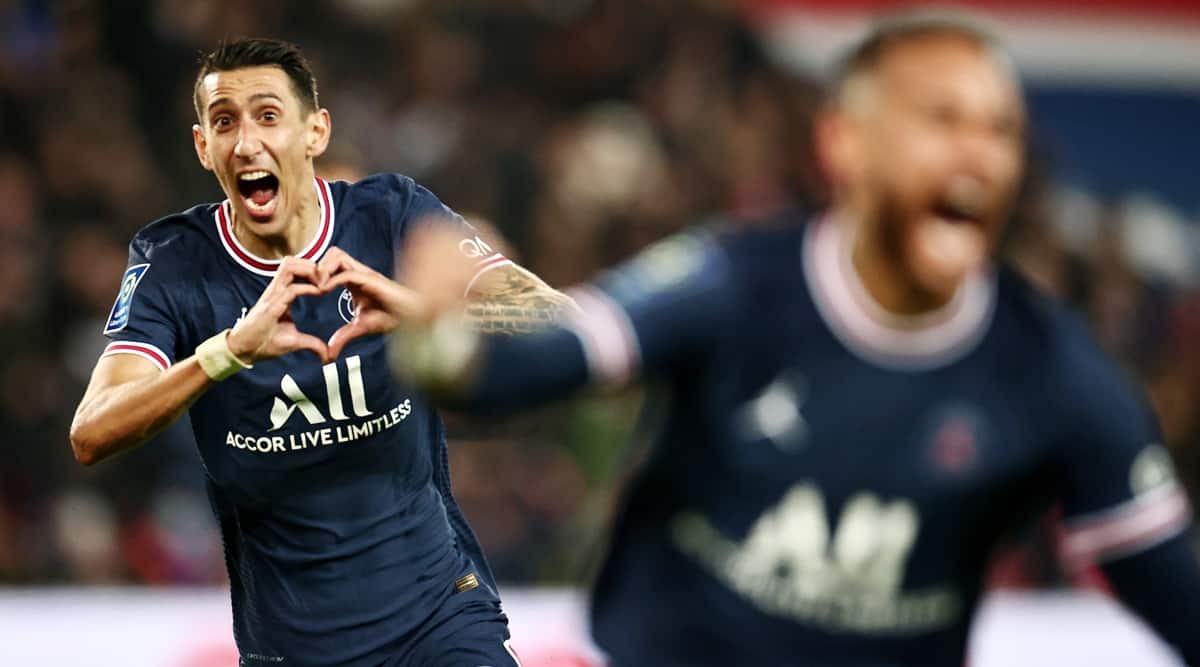 Angel Di Maria set up the equalizer and then netted the winning goal himself as Paris Saint-Germain rallied past defending champion Lille 2-1 on Friday to stretch its lead at the top of the French league to 10 points.

Canada striker Jonathan David gave Lille the lead with a first-time effort in the 31st minute, but Di Maria made the difference in the second half.

The Argentina forward provided a clipped pass for Marquinhos, who volleyed home from six yards in the 74th. Di Maria then played a one-two with Neymar before burying the ball into the bottom corner in the 88th.

Lille dominated the first half, creating three big chances to just one for the short-handed PSG, which was without a handful of players. The visitors threatened in the opening minute by hitting PSG on the fast break. Jonathan Ikone outpaced Presnel Kimpembe to make a low cross for Burak Yilmaz, whose effort was saved by Gianluigi Donnarumma. Then Yilmaz found Ikone in the 14th, but the Lille winger missed the target from 12 yards as he was put off by Thilo Kehrer.

Lionel Messi had been doubtful because of a small muscle problem but still started the game for PSG. However, Messi struggled in the role of a false nine, volleying wide after a cross from Di Maria in the 30th, and was replaced by Mauro Icardi at halftime.

“That was a precaution,” PSG coach Mauricio Pochettino said about the substitution. “He couldn’t keep playing. I hope it’s not a big issue and he can be available for the next game.”

Lille opened the scoring by playing out from the back in the 31st. The visitors moved the ball from the right wing to the left, where Yilmaz rounded Kehrer to cut the ball back for David, who guided a first-time effort into the top corner.

Already the top scorer in the French league this season, David raised his tally to eight goals.

The Parisians’ only good chance in the first half resulted from intricate passing. Georginio Wijnaldum fed Di Maria, who curled a shot wide from a tight angle in the 40th.

Lille had opportunities to double the lead after the break. Ikone slipped a throughball to David, who was denied by Donnarumma in the 47th. Then Lille hit PSG on the fast break in the 56th when David fed Yilmaz, whose lob was palmed away by Donnarumma.

With Lille exploiting the space behind the PSG fullbacks, coach Mauricio Pochettino made a tactical switch and replaced Kehrer and Juan Bernat with Colin Dagba and Nuno Mendes in the 65th.

“I think it’s good to be flexible. Sometimes the plan doesn’t work,” Pochettino said. “I think, little by little, maybe it’s an option that we need to think about and try to maybe adapt the team.”

Di Maria was PSG’s biggest threat throughout, and forced goalkeeper Ivo Grbic to parry his long-range strike in the 59th. The Argentine then crossed for Icardi, who headed over the bar in the 73rd, before setting up Marquinhos for the equalizer a minute later.

PSG finished stronger and Neymar played Icardi clean through on goal in the 85th, but Grbic saved with his leg. Neymar again showed his deft touch when collecting Di Maria’s pass in the area and controlling it with one foot before playing it back in the path of the Argentine, who scored with a low shot to preserve PSG’s perfect record at home. The Parisians have won all their home games at Parc des Princes in all competitions this season.