With two matches remaining, Spain is in second place behind Sweden in their qualifying group. The group winners qualify for next year's FIFA World Cup, while second-place finishers face a playoff. 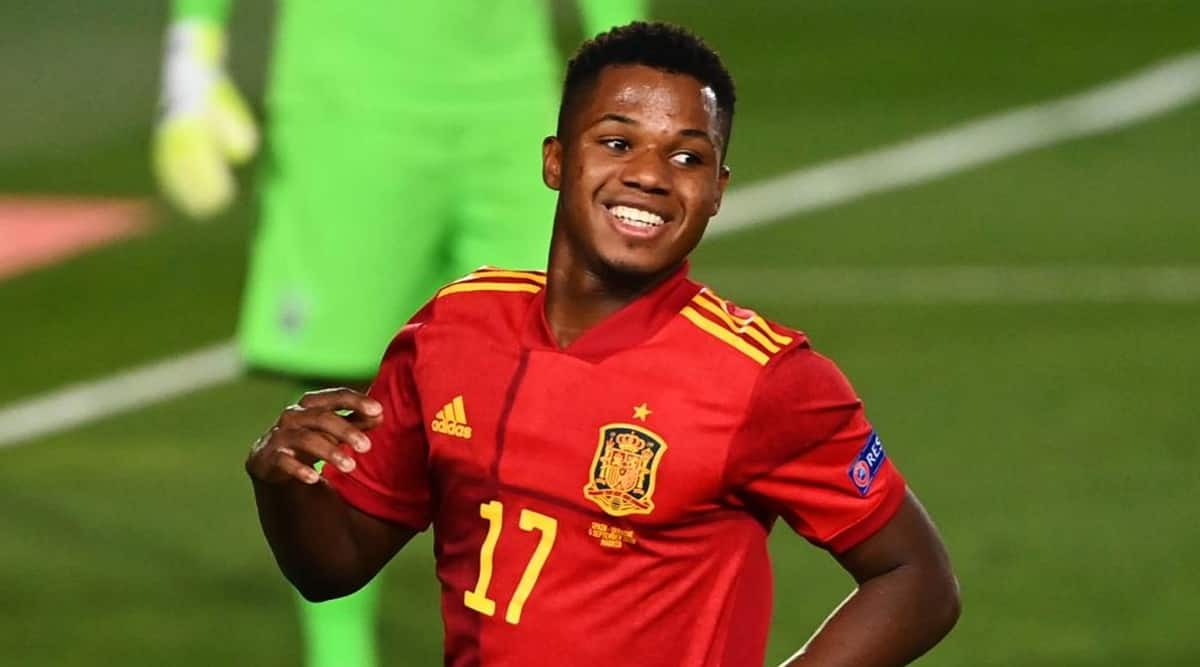 With two matches remaining, Spain is in second place behind Sweden in their qualifying group. The group winners qualify for the next year’s tournament in Qatar, while second-place finishers face a playoff.

Spain plays Greece in Athens on Nov. 11 and then hosts Sweden in Seville on Nov. 14. Sweden leads Group B with 15 points, followed by Spain with 13 and Greece with nine.

The 19-year-old Fati will join a squad that is largely untouched from the group that reached the semifinals of the European Championship in July and the Nations League final last month.

The other additions are AC Milan attacking midfielder Brahim Díaz and defender Dani Carvajal, the first Real Madrid player that Luis Enrique has included since March.

In September 2020, Fati became the youngest player to score in the history of Spain’s national team at the age of 17 years, 311 days when he scored in a 4-0 win over Ukraine. Two months later, Fati injured his left knee meniscus and was sidelined for 10 months.

He finally returned to play for Barcelona in late September. Fati has scored three goals in seven appearances since then, including the winner in Barcelona’s 1-0 victory at Dynamo Kyiv this week in the Champions League.

Spain will be without midfielders Pedri González and Marcos Llorente, forward Ferran Torres, and striker Mikel Oyarzabal because of injury. Luis Enrique called up Leeds striker Rodrigo Moreno to fill in his depleted attack, while Dani Olmo and Álvaro Morata also return after missing the previous squad because of injury.

The most recent of Draxler’s 56 games for Germany was in October 2020 in a 3-3 draw with Switzerland under previous coach Joachim Löw. Brandt last played for his country in November 2020 in a 3-1 victory win over Ukraine.

Neither was part of the Germany squad that reached the round of 16 at this year’s European Championship.

Manchester City midfielder Ilkay Gündogan also returns after missing two national team games in October with an injury. Forward Lukas Nmecha has been called up for the first time after scoring in both of Wolfsburg’s last two Champions League games.

Flick has won all five of his games in charge of Germany and secured a place at the 2022 World Cup last month ahead of matches against Liechtenstein at home on Nov. 11 and at Armenia three days later.