Argentina won its semifinal against Colombia 3-2 on penalties after three saves by goalkeeper Emiliano Martinez. Regular time ended 1-1 at the Mane Garrincha Stadium in Brasilia on Tuesday. 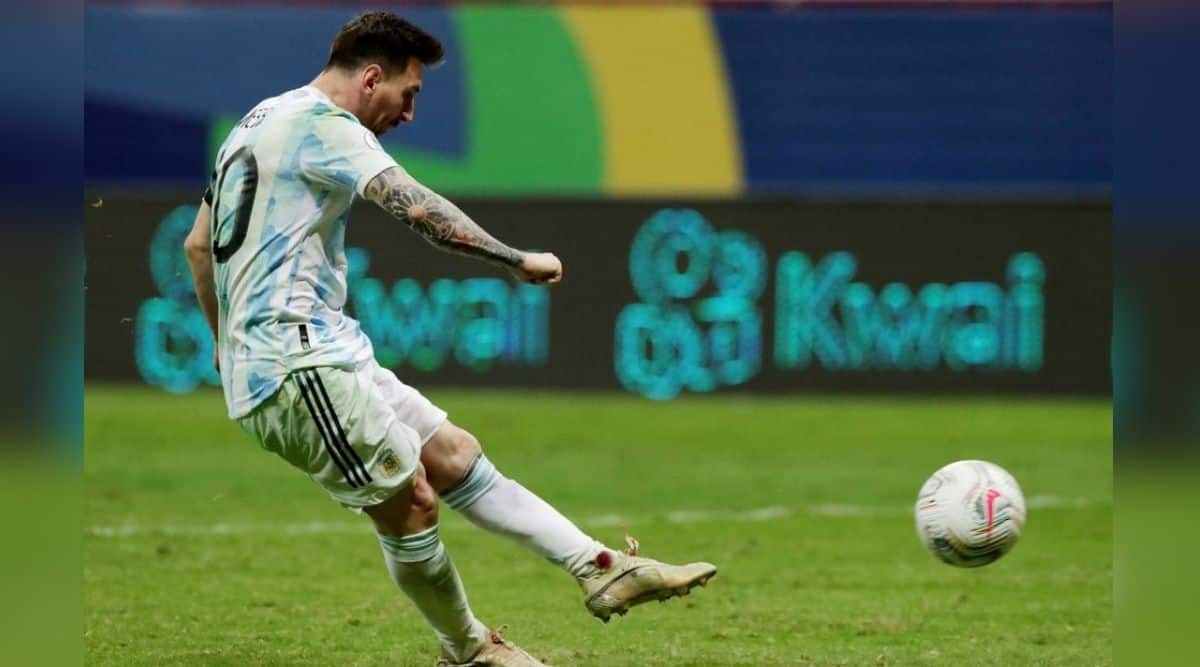 It will be Lionel Messi’s Argentina against Neymar’s Brazil in the Copa America final on Saturday at the historic Maracana Stadium in Rio de Janeiro.

Argentina won its semifinal against Colombia 3-2 on penalties after three saves by goalkeeper Emiliano Martinez. Regular time ended 1-1 at the Mane Garrincha Stadium in Brasilia on Tuesday.

“Emi is a phenomenon. We trusted him,” Messi said after the match.

“It was an objective to play all the matches and now we will try to win this final.”

Argentina hasn’t captured a major title since 1993 when it won Copa America. On that occasion, the team eliminated Colombia on penalties 6-5 in the semifinal after a goalless draw.

Brazil beat Peru 1-0 on Monday to advance to the final. The Selecao has never lost a Copa America final at home and has won five out of six matches so far.

It took Argentina only seven minutes to open the scoring. Rodrigo de Paul found Messi in the penalty box with a through pass. The star earned his fifth assist in the tournament with a pass to Lautaro Martinez, who put the ball in the right corner past Colombia goalkeeper David Ospina.

A more aggressive Colombia, led by Juan Guillermo Cuadrado, hit the bar and the post in the second half before it leveled in the 61st minute with Luis Diaz, who received the ball on the left of Argentina’s box shot almost with no angle to beat Martinez.

Argentina reacted after 67 minutes when Angel di Maria came into the match, replacing Nico Gonzalez. The winger created several opportunities including one in the 80th minute that ended with Davinson Sanchez saving a finish by Lautaro Martinez on the goal line.

The last big opportunity in regular time came with Messi hitting Ospina’s right post in 81st minute from short range.
Martinez saved the shots taken by Sanchez, Yerry Mina and Edwin Cardona in the shootout. Messi converted his opportunity from the spot and was one of the most joyous players in the celebrations. He seeks his first major title with Argentina against favorites Brazil.

Rodrigo de Paul missed his shot, but Leandro Paredes and Lautaro Martinez netted their chances for Argentina in the shootout. Cuadrado and Miguel Borja scored from the spot for Colombia.

In tears, Martinez said after the match he wanted to face the Brazilians in the final in the Maracana Stadium.

“This is a matter of luck, today it was mine. Brazil is a great team, the favorite,” Martinez said.

“But we have a great coach, we have the best player in the world and we will try to win it,” he said.

Colombia will play on Friday in the third-place playoff against Peru.