The match at the Metropolitano stadium in Barranquilla was attended by 10,000 fans despite the region’s alarming COVID-19 figures. 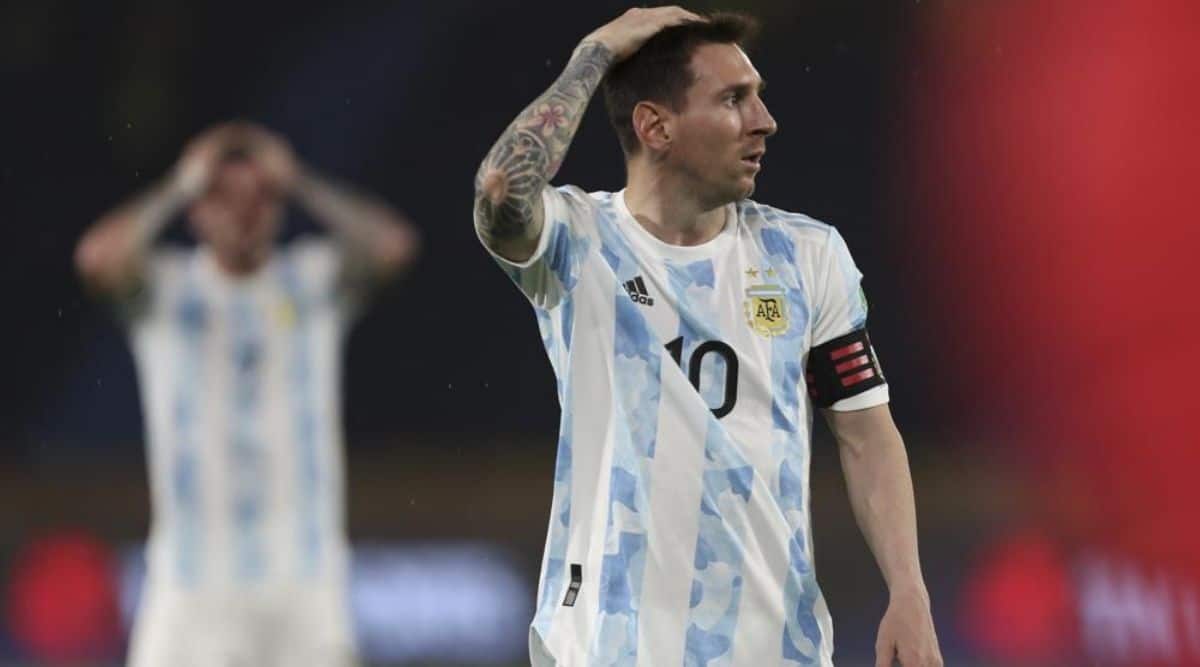 Miguel Borja scored in the last seconds of added time to secure a 2-2 draw for Colombia against Argentina on Tuesday in one of the best matches yet in South American qualifying for the 2022 World Cup.

The match at the Metropolitano stadium in Barranquilla was attended by 10,000 fans despite the region’s alarming COVID-19 figures.

Lionel Messi’s Argentina lineup scored twice in the first eight minutes. Cristian Romero headed past David Ospina in the 3rd minute and Leandro Paredes doubled the lead in the 8th after dribbling through the middle of Colombia’s defense and gently sliding a shot into the back of the net.

But Colombia lifted in the second half, as Argentina was either failing at the finishing or being stopped by Ospina. Argentina’s Nicolás Otamendi conceded a penalty and Luis Muriel scored from the spot at the 51st. But just when it appeared Argentina would take another step closer to the World Cup with an away win, Borja’s header triggered wild celebrations for the hosts.

The top four teams in South American qualifiers will advance automatically to Qatar 2022. The fifth-place team will go into an inter-continental playoff. The current standings show Brazil leading the 10-team competition with 15 points, followed by Argentina (12), Ecuador (9) Uruguay and Colombia (8).

Paraguay is still to play against Brazil, and Chile could jump into one of the top positions if it beats Bolivia at home later on Tuesday.

Earlier, Peru won its first match in this edition of World Cup qualifiers, thanks to two assists from Peruvian-Italian Gianluca Lapadula. In the 61st he found Christian Cueva in the box and in the 88th he assisted Luis Advíncula, who shot from close range.

Uruguay drew 0-0 at ninth-place Venezuela in a match with few exciting moments.

Recent matches in World Cup qualifying — the first since November because of travel restrictions in place for the COVID-19 pandemic — were also be preparatory for this month’s Copa America, which is set to be staged in Brazil after Argentina and Colombia were dropped as co-hosts.

The next matches in South American World Cup qualifiers will be played in September and October.